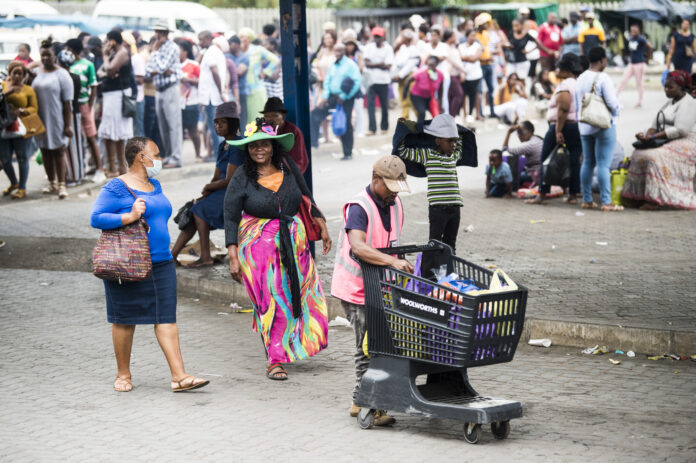 The Covid-19 shock poses an unprecedented challenge to South Africa’s economic, social and political life. Although we have limited expertise on the economics of disaster relief, the gravity of the social catastrophe we are potentially faced with leads us to question some weaknesses in the economic responses to the current situation.

We are most concerned with the ramifications of this crisis for the household sector (we neglect the firm sector here). South African survey data suggest that eight million workers are not registered with the Unemployment Insurance Fund. As a consequence, under the lockdown, these workers will lose much of their income and, in turn, will not be able to sustain the basic needs of an additional 13-million household members they directly support. In a country where 60% of adults have no savings, this can only be viewed as a potential humanitarian crisis that will continue for an unknown period of social distancing.

Because of the novelty of the situation, creative thinking is necessary in devising an economic policy response. Instead, much of the existing discourse in South Africa and abroad has mistakenly emphasised a response centered on fiscal “stimulus”. It is worth clarifying that we consider fiscal stimulus to include transfers financed by increased government debt, which we contrast with tax-financed transfers. To demonstrate the conceptual weakness to a stimulus approach it is necessary to identify that the contraction in output, that advocates of stimulus want to respond to, is in essence policy induced. The government has made sensible attempts to limit the spread of Covid-19 through restricting output, and it makes little sense to compromise this through stimulus until it is safe for workers to go back to work and resume production. We are not in a typical business cycle downturn. Non-essential services provided by the likes of hairdressers and cinemas should not be stimulated into operation. To be clear, a substantial and well-targeted stimulus to stabilise the economy will probably be required at some point as a response to this crisis — but that time is not now, when the time frame on this public health crisis remains a major unknown.

A better approach might start with the acceptance that there will (and ought to) be a contraction in output as long as it is unsafe for work to occur. This is a matter of public health but also, importantly, workers’ rights. What must follow this acceptance is a bold effort to find ways to cushion the blow to the expanded ranks of vulnerable residents of South Africa who are likely facing a long period without income or savings to run down. An implication of the crisis is that the poor are disproportionately harmed; the rich can more easily sustain their income by working from home and have access to far better healthcare. Concretely, this means a call for a dramatic and unprecedented expansion of transfers (cash and in-kind) — not as stimulus but as disaster relief.

To illustrate why stimulus might not be the correct response in this case, it must be recognised that supply of even essential goods may be constrained, because workers are kept from production sites. Under reduced supply, aggregate consumption will be squeezed. There is a strong moral case that a minimum level of consumption must be met for all. The state has a duty to redirect excessive consumption from the rich to the poor — in a sense a form of rationing.

There are a range of policies that can redirect consumption — and how they are financed is important. One is through in-kind aid to poor households. For example, the Indian state of Kerala has distributed free food packages to all in need. This has benefits in the context of likely price increases that might make basic sustenance unaffordable for poor households. The possible hoarding of essential commodities by upper income households or a disruption of supply to local retailers might also create local shortages of essential goods, as already experienced in the United Kingdom and India. A second policy is to increase transfers from richer to poorer households. Stronger taxes on the rich (wealth taxes might be appropriate) could help facilitate this. Other policies to be explored include direct rent-controls and the direct transfer of healthcare resources from the private to the public system. These are all distributive fixes — solutions centred on substituting consumption of the rich to the poor. These distributive fixes are important because deficit-financed transfers to the poor will not reduce current consumption of the rich and hence potentiate running into supply-side constraints at the aggregate level. To be clear, deficit financed fiscal expansions that are capacity creating, such as direct investment in public health facilities, are not subject to the same concerns and should be explored as policy.

In short, the government must use policy to ensure a suitable distributive balance that keeps living standards for the poor and vulnerable at least at the poverty line amid the current supply shock. The supply shock has demand-side ramifications, but addressing them requires a nuanced approach given the public health issues at stake.

A failure to intervene to ensure a suitable balance of consumption may precipitate a humanitarian crisis. This calls for creative use of fiscal policy — tax policy and transfers — if not some degree of central planning. With no aid in place we risk malnutrition of poor households, a further increase in the spread of the virus as people are forced outside to seek livelihood, or calls for an authoritarian restoration of “law and order”. These concerns may turn out to be alarmist but what is relatively clear is that we need greater public discourse and deliberation about the economic response to this shock at a time where the government has not yet set out a clear economic program for managing this crisis.

Adam Aboobaker
Adam Aboobaker is a South African PhD student in the Department of Economics at the University of Massachusetts, Amherst.

Ihsaan Bassier
Ihsaan Bassier is a PhD candidate in Economics at the University of Massachusetts, Amherst. His research interests are labour and political economy of development, with a regional focus on South Africa.
Facebook
Twitter
WhatsApp
Linkedin