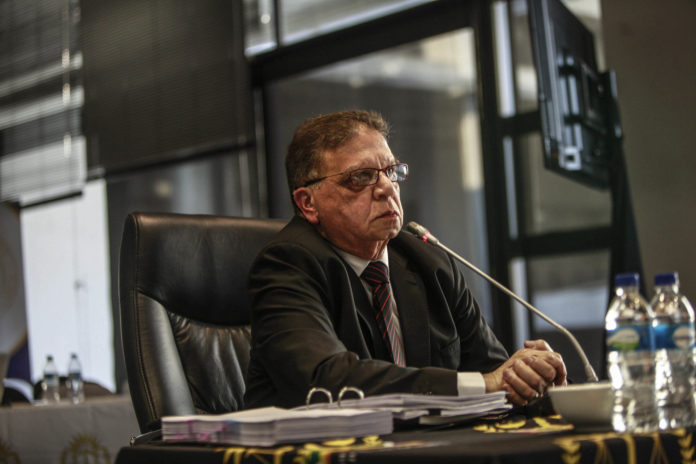 Advocates body, the Cape Bar Council, has laid a judicial misconduct complaint against Western Cape Judge Mushtak Parker after an application by the Legal Practice Council (LPC) against the partners of his former law firm, prohibiting them from continuing to practise because of misappropriated trust funds.

In describing what had happened at the firm, the LPC said in its court papers: “One is not dealing here with trust deficits arising from simple accounting errors. There appears to be a continuous pattern of concealing trust deficits … which demonstrates an element of deceit, inimical to the honour associated with the profession of an attorney.”

In a complaint sent to the Judicial Service Commission (JSC) on Tuesday, the Cape Bar Council accused Parker of “wilful or grossly negligent breaches” of the Code of Judicial Conduct and of conduct “unbecoming the holding of judicial office” — because he knew what was happening at his firm and did not report it to the Legal Practice Council or disclose it the Judicial Service Commission when he applied to be a judge.

The code requires judges to uphold the integrity of the judiciary and to always act honourably and in a manner befitting judicial office. It also requires that a judge’s activities must be compatible with the status of a judge.

The Cape Bar Council’s complaint follows closely on another complaint to the JSC against Parker — by a number of his colleagues on the bench. Parker is a central figure in the quagmire of allegations and counter-allegations between the province’s Judge President John Hlophe and his deputy, Patricia Goliath, because he is the junior judge who Goliath claimed was physically assaulted by Hlophe.

When Hlophe denied the allegation, he provided a different version of what happened: he said they did have a dispute, but that there was no assault and Parker backed him up. But, said his colleagues on the bench, this was not what he had told them — for months after the alleged assault happened.

In detailing the Cape Bar Council’s complaint, its chairperson Andrew Breitenbach SC, referred to the court papers in the LPC’s application and said: “There does not appear to be any dispute that … there was a misappropriation of trust funds.” It also appeared that Parker knew about the shortfall — before he started acting as a judge, throughout his period of acting as a judge, while the JSC process which led his appointment was under way and after he was permanently appointed, said Breitenbach.

After detailing the evidence in a number of WhatsApp messages that were attached to the court papers, Breitenbach said there was also evidence that by September 2017, Parker knew that there had been misappropriation and that, in early May 2017, Parker had “himself arranged that trust monies (belonging to his mother) be used for his own personal purposes, and it appears that this was done without her knowledge and consent”.

But Parker did not disclose any of this in his questionnaire to the Judicial Service Commission when he applied to be a judge. In the section where candidates are asked whether there are any circumstances “financial or otherwise” that may cause embarrassment in undertaking the office of a judge, Parker ticked “No”. He also ticked “No” to the question of whether there was any other “relevant matter” that he thought should be brought to the commission’s attention.

Breitenbach said that while Parker was an attorney, he also had an obligation to report the matter to the Law Society (a body later replaced by the LPC), but he did not do so. Neither did any of his former partners. After the LPC’s investigators had visited the firm and interviewed his former partners, Parker participated in repaying the shortfall — one of the apparent purposes of doing so was to avoid the court action by the LPC.

“Although some of [Parker’s] conduct may have occurred before his first appointment as an acting judge in October 2016, this is not a case of events long predating [his] appointment that can have no current relevance to his position as a judge,” Breitenbach said. “The trust account deficit was a live, unresolved issue from October 2016, when the respondent was taking on acting appointments and apparently withdrawing from practice at the firm; it remained a live issue in 2017, over the period of his acting positions, his application for permanent appointment and shortlisting by and interview with the JSC; and it continued as a live issue after his permanent appointment as a judge in late 2017 and into 2018 and 2019.”