Will the populist playbook be enough for Trump to hold on to power? 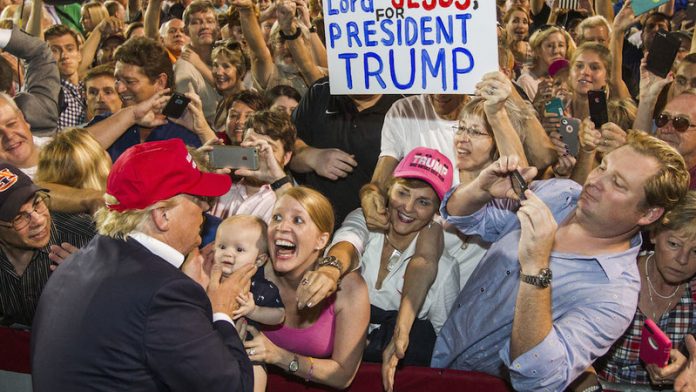 It was British prime minister Winston Churchill who said “never let a good crisis go to waste” and United States President Donald Trump has certainly taken this advice on board. His reactions to the Covid-19 crisis are classic populist plays. The thing about a crisis is that once you are in it, your true character comes out for all to see.

Populism is not an ideology but rather a style of conducting politics that can camouflage itself either as left wing or right wing. Its ascendance in a country often signifies that all is not well with democracy. It is often described as the slow creep of authoritarianism and is defined by its anti-establishment rhetoric and nativist approach (let’s make America great again, but preferably only for Americans).

Trump’s populist style shows his disdain for multiculturalism and his rhetoric about immigration is inflammatory. He once infamously referred to former president Barack Obama as an illegal Muslim immigrant. Under his leadership, the US has discontinued its vital support for supranational initiatives such as the Paris climate agreement. Most recently, in a bid to shift blame for the devastation of the Covid-19 pandemic and at a time when global cooperation is crucial, he has suspended US support from the World Health Organisation.

The issue of immigration is the “perfect” campaign issue to stir up electoral support and is the “go-to” issue for leaders and political parties around the world who adopt populist rhetoric and nativist policies. Examples are abundant: Nigel Farage and the UK Independence Party; Matteo Salvini and Lega Nord in Italy; Golden Dawn in Greece; Geert Wilders and Party for Freedom in the Netherlands; Alternative for Germany; Viktor Orban and Fidesz in Hungary.

Trump uses the issue of immigration strategically time and again to bolster his populist image and appeal to his voter base — a base that is prone to fear and anxiety. The issue of immigration allows his “strong man” persona to shine and convince his supporters that he is truly taking care of their interests first.

The issue of immigration can be manipulated to appeal to two core fears: economic hardship and cultural disintegration.The populist narrative is, “immigrants will take our jobs and place excessive demands on state resources particularly during this pandemic” and “immigrants will dilute our culture and threaten our national identity”.

During his 2016 presidential campaign he suggested a “Muslim ban” and who could forget his 2018 reference to “shithole countries”, describing Haiti, El Salvador and a range of African countries where migrants emanate from. His administration was also responsible for the inhumane child separation policy at the Mexican border — where children were separated from their parents and guardians and incarcerated. He has allotted $1.4-billion to build a wall on the Mexican border — about 150km has been built but legal challenges are ongoing — another key feature of his 2016 campaign.

He tweeted this week: “In light of the attack from the Invisible Enemy as well as the need to protect the jobs of our GREAT American Citizens, I will be signing an Executive Order to temporarily suspend immigration into the United States!” In a press conference a few days later, he provided further justification for his executive order. “By pausing immigration, we will help put unemployed Americans first in line for jobs as America reopens — so important … we must first take care of the American worker.”

He has previously referred to Covid-19 as the “Invisible Enemy” but is this a strategic play on words? Could he be referring to immigrants as the Invisible Enemy? Harvard political scientist Theda Skocpol has observed that “revolutionary movements don’t create crises; they exploit them”. Although one could hardly describe the Republicans as a revolutionary movement, their leader is adept at exploiting crises and creating positive spin for his candidacy.

Populists often crash and burn after some initial political success. Although many democratic voters in the US may be hoping this is the case with Trump, but he will probably be keeping an eye on the trajectory of leaders like Viktor Orban, who have become more authoritarian to hold on to power.

As the US election gets closer, it will be interesting to see how this all plays out. Campaigning in its original form of rallies and meetings will surely be limited. But where the Trump campaign in 2106 was incredibly successful was with the use of online messages to target voters in swing states (about 70 000 voters in three states clinched it). Online campaigning will be more prevalent than ever and with more people spending time on their devices this will be a powerful tool.

It has been well documented how the result of the 2016 election was manipulated by the unscrupulous activities of Facebook and Cambridge Analytica in conjunction with the Trump campaign team. About 87-million voters were targeted (based on data harvested from their Facebook usage) and bombarded with fake news and disinformation about issues of concern such as immigration. The question of data rights and usage is an ongoing battle and far from resolved. No doubt voters will once more be targeted in the November election with customised and at times false information based on their online presence.

Is this free and fair? Well, populists don’t really care.

Helen Macdonald is a freelance researcher and analyst. Her current work focuses on the relationship between immigration and voting behaviour and the implications for the rise of global populism

Helen Macdonald
Helen Macdonald is a freelance political researcher and analyst. Her current work focuses on the relationship between immigration and voting behaviour and the implications for the rise of global populism
Facebook
Twitter
WhatsApp
Linkedin