Political interference in the governance of state-owned entities (SOEs) is a major reason for their parlous state. This is apparent from local government all the way to the biggest entities, including state airline SAA, according to part one of Acting Chief Justice Raymond Zondo’s report into state capture.

One of the clearest examples of the blatant political interference was when former minister Malusi Gigaba, during his time in the department of public enterprises, refused the board’s wishes to appoint Steve Lennon when Brian Dames resigned as group chief executive. Appointing a white man to the position before an upcoming election, the report suggested, would be undesirable for the ANC.

The judicial commission into state capture’s report revealed that there was a steady decline in the quality and effectiveness of governance from 2012 onwards at the national carrier, SAA, and other SOEs.

After four years of hearing evidence and over 800 pages of part one (of a trilogy) of the state capture report, Zondo highlighted inefficiencies in the country’s SOEs with an entire section dedicated to the collapse of governance in them.

Grubby hands all over your SOE

Mzukisi Qobo, head of the school of governance at the University of the Witwatersrand, told the Mail & Guardian that the collapse of governance at SOEs “starts with political interference”.

Qobo explained that the real crisis the country faces is weak political leadership in government, which trickles down to SOEs because they are accountable to the shareholder — the government.

The structure of SOEs inadvertently allows for political interference if political leadership is weak because the government often oversteps as the shareholder and becomes over-involved in strategic, operational and accountability structures in SOEs. 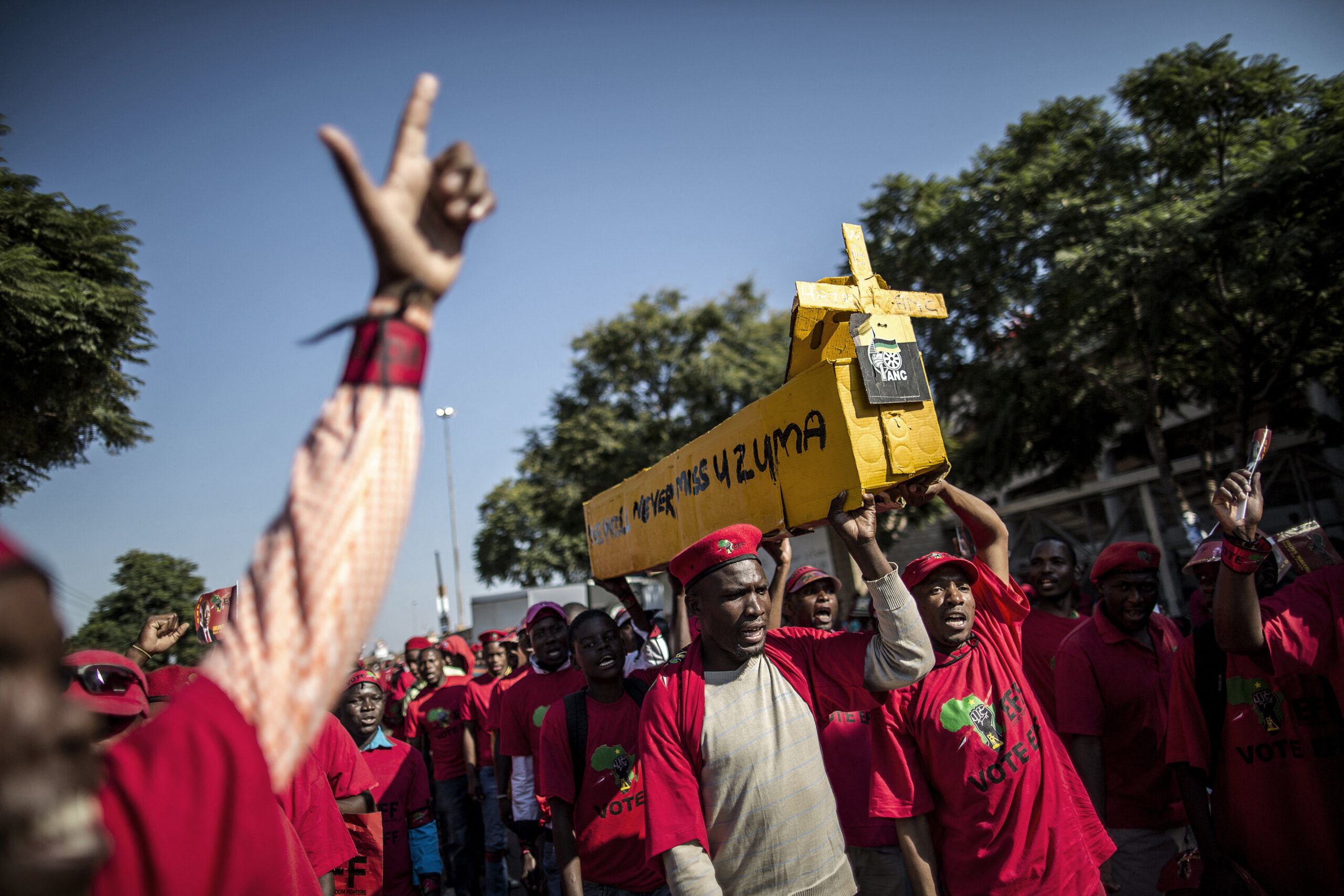 “When you do reforms in a private company you need to clean up the executive and get new people, a new board. In SOEs this is difficult because the minister (who is usually a political deployee) appoints the board that is sometimes not fit for purpose,” Gumede said in an interview.

Political overreach in SOEs is so rife that it can bring down countries if not expeditiously attended to, Gumede added. One example is that of the ingrained interference at Eskom, which is overstaffed at all levels, and the power of its unions.

Eskom has to deal with unions if it wants to cut staff, in this case the National Union of Mineworkers, which supported President Cyril Ramaphosa into presidency and which is crucial to his re-election this year.

Qobo noted: “The only way we can insulate SOEs from political interference as well as ensuring that they have a firewall protecting them is by restructuring the SOEs and removing them from government oversight.”

To insulate them against political overreach Qobo proposes the establishment of an independent holding structure or supervisory authority staffed with private professionals, with government having representation.

“If you look at PetroSA and the Central Energy Fund, they have been under the supervision of the minister of energy. Those are crisis-ridden SOEs and the minister is responsible for the mess in those SOEs.” Gwede Mantashe has been the Minister of Mineral Resources and Energy since 2019.

Less than a year ago, PetroSA’s board was dissolved amid financial difficulties. The company last reported a profit in 2013, Bloomberg previously reported.

A plan to remove the political chokehold

Professionalisim SOEs could be the reform that is needed, added Qobo. “That means you need to keep [SOEs] out of the clutches of politicians because today you may have a well-meaning politician and tomorrow, in that same portfolio, you may have someone who will abuse those powers, as we have seen with the previous ministers in the department of public enterprises, Malusi Gigaba and others that have come out of the Zondo Commission.”

Zondo mentioned Gigaba in his report, saying Gigaba’s denial of involvement and interference at Eskom and SAA must be rejected.

“Mr Gigaba had interfered in Eskom’s operations on many occasions,” the report stated.

William Gumede sais the risks connected with the collapse of governance at SOEs “is what we are seeing now where entities such as SAA or Denel cannot sustain themselves and have to be bailed out, to the detriment of the country, and eventually they collapse”.

“If these SOEs were private companies they would have been closed down and gone into bankruptcy, but because they are public and there are politics around them, they are being bailed out,” he added.

Qobo said besides political interference being an issue, weak boards are also a cause for concern and lead to governance issues at SOEs.

“The second layer of weakness is at board level and having people who are not fit or suitable for those roles, people who are not ethical and who don’t have the appropriate skills and competence to be in the governing body of the SOEs,” said Qobo.

Zondo said boards used their powers to corrupt the SOEs, which they have been appointed to protect, and the misconduct was often evidenced by the abuse of centralised procurement processes. This meant that the approval authority for high-value tenders became concentrated in the hands of a small group of top executives and board members.

Zondo said the centralisation of approval authority at the level of the board and senior management had the effect of shielding procurement processes from the scrutiny of a wider group of Transnet officials, who could have detected and reported irregularities.

“SOEs are guaranteed by the national treasury, so when corporate governance fails it means that the risks are magnified, the lines of accountability are poor, financial management probably has lots of holes and the contracting processes are likely to be dubious,” said Qobo.

Gumede explained that to fix the procurement process all procurement would have to be halted. Companies that are overpriced and without the necessary skills would have to be cut out. He suggested it would be evident that many of those companies had links to ANC leaders.

“There is then going to be a fight because at every level of government procurement is locked into ANC structures and this is difficult to reform. The public thinks, ‘Let’s just appoint a new chief executive and things will change overnight.’ No. There are blockages and that is why people quit and leave,” Gumede said.