How to get your Covid-19 vaccine

All people in the country need to register on the Electronic Vaccination Data System (EVDS) to secure an appointment. Once you have registered, you will get an SMS confirming the details of your appointment.

People will not be allowed to choose which vaccine they get. Pfizer will be administered mostly in urban areas and Johnson & Johnson shots are mainly earmarked for rural areas because they can be stored at normal refrigeration temperatures (2°C to 8°C).

South Africa moved to phase 1B (for health workers who have not yet been vaccinated) and phase two, starting with people aged 60 years and older, of its Covid-19 vaccine roll-out on Monday.

The country has received 975 780 Pfizer doses so far, Health Minister Zweli Mkhize said on Sunday night. South Africa is expecting to receive a total of 1.3-million Pfizer jabs by the end of the month.

The who, when, where and how of South Africa’s mass Covid vaccination campaign 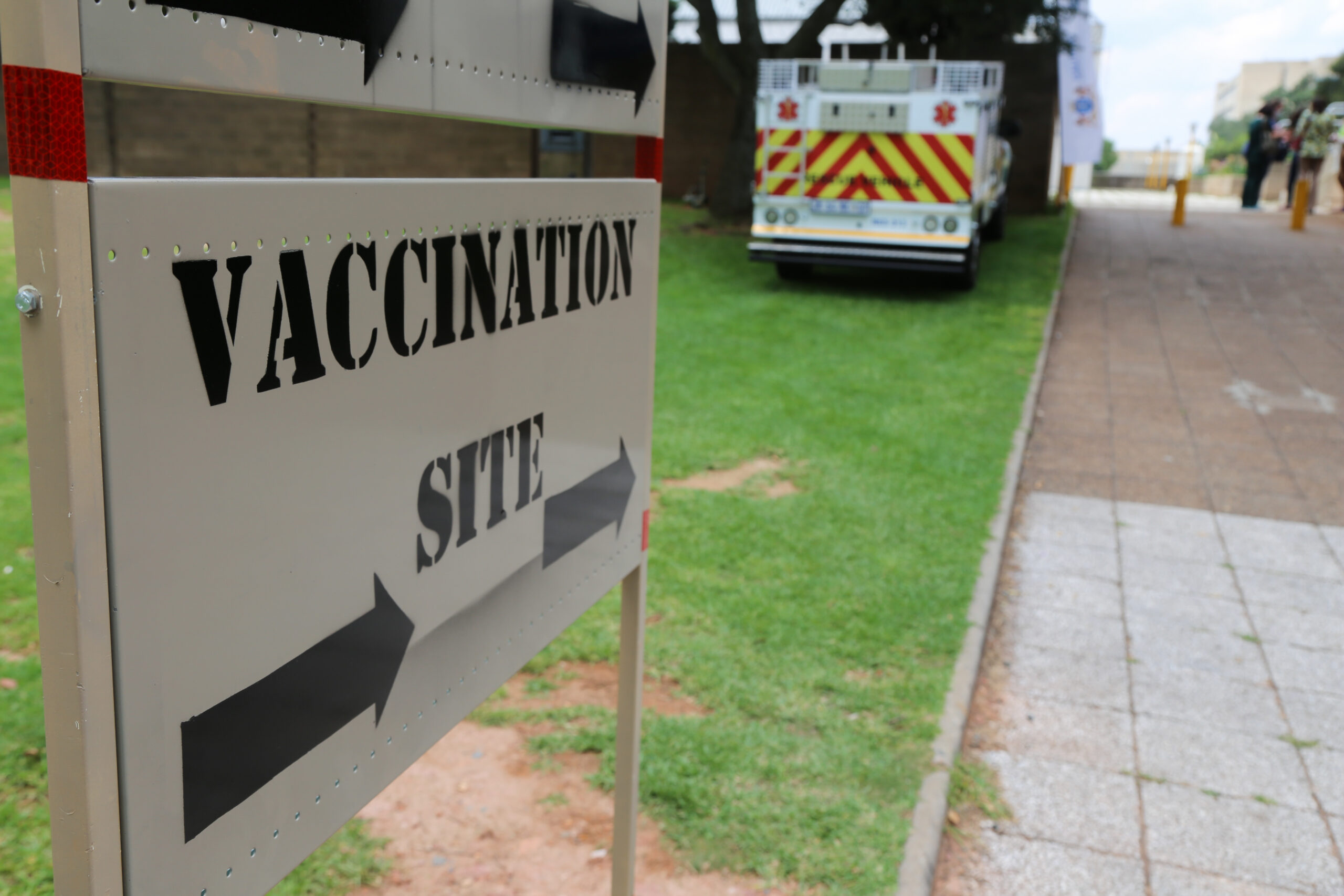 A further three million Johnson & Johnson (J&J) doses are expected to arrive by the end of June. The first consignment of 1.1-million doses has been manufactured and is waiting to be released from pharmaceutical company Aspen’s plant in Gqeberha — that date depends on the conclusion of the verification process by international regulators. Mkhize said he hopes to know the date of release by the end of the week.

Phase 1B will cover health workers who had not been vaccinated in phase 1A during the Sisonke trial, that ended on Saturday.

The Sisonke study vaccinated 478 733 health workers. The trial received 500 000 J&J jabs and the remaining 21 267 doses cannot be transferred to this week’s national roll-out, but will instead be used for Covid-19 vaccine research by the South African Medical Research Council. Mkhize said the council will test the vaccine on groups such as people with HIV, people with comorbidities and pregnant and lactating women.

Phases 1B and 2 will happen simultaneously and in most provinces. The second phase will start off with vaccinations in homes for older people.

But what exactly will happen during the roll-out and how does one apply for a Covid-19 vaccination? We answer four key questions.

1. Who is eligible to get vaccinated?

The national campaign aims to vaccinate 41-million adults, with those most likely to get infected (healthcare workers) and those most vulnerable to becoming severely ill being prioritised (people 60 years and older).

The vaccines have only been approved for people over the age of 18 by the South African Health Products Regulatory Authority.

This will be the largest immunisation programme undertaken in South Africa to date and it has been broken up into three phases:

Phase 1A was an implementation study called Sisonke, which ended on 15 May and covered just under 500 000 health workers. The remaining 750 000 workers will be vaccinated today in phase 1B.

Phase 2 is a much larger endeavour than phase one and, as it is being rolled out,  vaccination sites will be increased. People targeted in the second phase have also been broken down into smaller groups: essential workers, people living in crowded areas, people aged 60 and over — with those who have registered taking priority — and people aged 40 and older.

But what about people living with comorbidities?

Research has shown that age is the strongest predictor of how likely someone is to end up in a hospital or die of Covid-19. According to the United States government’s Centres for Disease Control, more than 80% of Covid-19-19 deaths occur among people over the age of 65, and more than 95% among people older than 45.

In South Africa, people older than 40 make up the bulk of people living with comorbidities (such as high blood pressure and diabetes), according to a South African Medical Research Council policy brief.

If the government prioritised people with underlying conditions such as high blood pressure or diabetes, people who are unaware that they have comorbidities wouldn’t be included, said Lesley Bamford during an April presentation to union leaders. Bamford is the co-chair of the national vaccine coordinating committee.

You can’t get an appointment for a Covid-19 vaccine without being registered on the government’s Electronic Vaccination Data System (EVDS).

The health department will announce when other groups should register on the system.

To register on the EVDS system, go to vaccine.enroll.health.gov.za and follow the instructions. The process should take about three minutes to complete.

The department has also launched two other ways to register aside from the online portal:

Your cellphone number will be used to communicate with you about the details of your appointment.

You can also register in person at vaccination sites, according to Bamford’s April presentation.

Mkhize said that  7 707 sms messages with appointment details have been sent to health workers and 4 288 to people aged 60 or older.

3. Where can you go to get vaccinated?

Once you have registered, you will receive an SMS confirming that your registration has been successful.

An SMS with details of your appointment will follow thereafter — but this could take between two to three weeks, the Western Cape health department said on Thursday. In the Western Cape, homes for older people will be covered first in phase 2. People age 60 and older who don’t reside in homes will therefore only receive an SMS with information on where and when they will receive their vaccinations within two to three weeks after today, May 17.

You will be directed to a vaccination site that is closest to either where you stay or your place of work.

More than 2 000 sites have been identified in the country, President Cyril Ramaphosa said at the end of March. A further updated list including more than 3 000 potential sites was presented to parliament on 28 April.

These sites include hospitals, community clinics, pharmacies, retail outlets and some larger sites such as stadiums and conference centres.

The sites are being reviewed by the South African Pharmacy Council in conjunction with the health department to ensure they meet all requirements prior to coming online. The requirements include being able to properly store the vaccines and having the appropriate people to safely administer them, said Vincent Tlala, chief of the council.

The review process is ongoing and more sites are expected to be added as phase two progresses.

You can find the vaccination sites in Gauteng, along with the dates on which each site will open below. The information was released by the KwaZulu-Natal health department.

Retail pharmacy Dis-Chem has identified 32 vaccination sites nationwide, according to a press release. The first 11 of these sites will be active from 24 May. Staff at Dis-Chem have undergone training and are expected to administer 600 shots each day, says the group’s chief executive, Ivan Saltzman. Fifty more people could be vaccinated at Dis-Chem’s in-store clinics each day as long as there is stock.

He said: “Should government stock be readily available, the group will be able to vaccinate approximately 800 000 people each month.”

4. Can you choose what vaccine you get?

For now, South Africa’s national roll-out will use both the Johnson & Johnson vaccine along with Pfizer’s — although initially only Pfizer shots will be available until the J&J jabs are released from Aspen’s plant in Gqeberha.

There are differences between the two vaccines, which will influence how they get distributed around the country. For instance, the shots have different cold chain requirements and are also packaged with a different number of doses in each pack.

Pfizer doses will mainly be used in metros, because these sites can reach a larger number of people and Pfizer requires freezers that aren’t always available in rural areas. Pfizer arrives in packs of 1 170 doses, which will be stored at -20°C, but the doses can only be kept at that temperature for two weeks. Once the packs are opened and the vials are thawed, the doses can be stored in a fridge between 2℃ and 8℃, but for only five days.

Pfizer requires two doses three weeks apart and that is often easier to do in urban areas than it is in rural areas.

J&J, on the other hand, requires only one dose, minimal follow-up and can also be stored at normal fridge temperatures between 2°C and 8°C for three months. The vaccine will therefore be more suitable for use in rural areas.

Because the national roll-out will kick off with Pfizer shots only, most initial sites are likely to be in urban areas.

5. Does anything change if you’re on medical aid?

The Council for Medical Schemes in November 2020 listed Covid-19 vaccines as a prescribed minimum benefit. That means all medical schemes must pay for their members’ Covid-19 jabs. The medical aids are not allowed to ask you to pay for getting vaccinated and then claim back the money — the scheme has to pay the provider directly.

South Africa’s biggest private medical scheme, Discovery Health, has launched an online registration system called Vaccination Navigator, which is similar to the health department’s EVDS. Members of the scheme must register on both portals.

This story was produced by the Bhekisisa Centre for Health Journalism. Sign up for the newsletter.