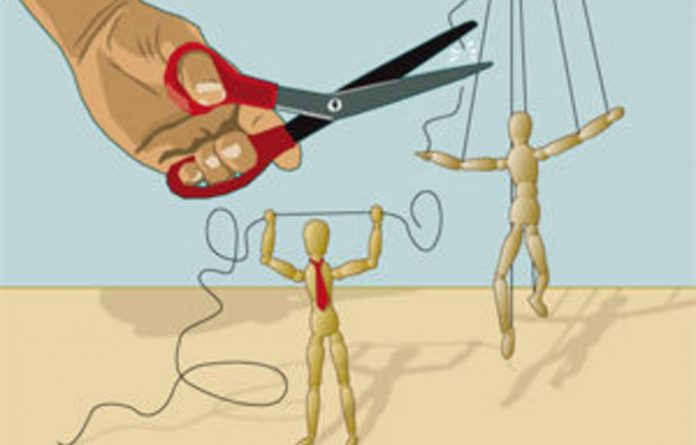 When I was a university student, most of my friends frowned at me whenever I told them I wanted to pursue a career as a lecturer. “Oh please, save it! You sound like someone from the Bantu Education era who could only do teaching, police work or nursing,” they would say, adding, “Don’t remind us of how our parents were conditioned to pursue lowly professions that deprived them.”

Yet I couldn’t help but notice that some of them would make good academics and researchers.

The allure of the corporate and business sector, however, seemed to outweigh any other considerations. No matter how much I tried to explain myself, and that I was intrigued by the prospect of observing firsthand the intellectual maturation of my students through undergraduate and postgraduate levels, it didn’t seem to matter to my friends. Trying to explain that I was also encouraged by the challenge to become an active researcher and working on publications and being an expert in a field seemed to make it worse. They found me boring.

Later, when I had completed my postgraduate studies and started lecturing at a university, I initially thought my friends were right. As a young lecturer, I found it daunting and frustrating standing in front of students from South Africa and across the African continent and other parts of the globe. Gradually, but steadily, I managed to gain my confidence and began to assert myself well. When I look back, however, I realise that there is a definite need for effective professional development to help young people venturing into workspaces.

Several researchers have cited effective mentorship as the most critical and integral aspect for personal and professional development. Although there is no widely accepted definition of mentorship, Professor Robin Hilsabeck, a neuropsychologist at UT Health Austin Mulva Clinic for the Neurosciences, defined it as the provision of guidance, knowledge or support to facilitate development or satisfaction to a protégé.

Sponsorship, on the other hand, is a concept that has been reported to be critical for career development, even though it is less recognised. According to Hilsabeck, sponsorship entails assisting a protégé with making connections for career advancement. She further describes a sponsor as an individual “with a clout who can advocate for career advancement of protégé by introducing them to others in positions of influence and recommending them for positions or promotion”.

Several universities have designed women empowerment and development programmes. As a young academic, I did not know how important these programmes were until I was nominated and provided with the opportunity to participate. Moreover, I was asked to give feedback about these programmes. My response has always been unambiguous: every young academic should participate in these programmes. I was enlightened because the gap, the lack of mentorship or sponsorship for most of my career life, especially as a researcher, had been exposed.

When young academics graduate with doctoral degrees and decide to remain in academia, there are great expectations for them as academics (lecturers) and researchers. They are expected to become better teachers and advance as researchers with desired outputs. In most cases, however, there are no proper strategies in place for guidance on how these targets should be achieved. There is no guidance on how one can excel both as a teacher and researcher. It feels and looks like young academics are thrown into the deep end and are expected to figure out how to swim back to the seashore on their own.

One would anticipate that many established researchers and experienced academics would voluntarily and willingly assume the role of mentors and sponsors. Yet this is usually not the case. The danger in assuming the driving seat as a young academic without a mentor or sponsor is unknowingly making mistakes that could have been avoided if one were guided. In one of the meetings I had with my coach, I remember saying that I would have avoided so many mistakes if I had been given the opportunity to be in these programmes immediately after obtaining my doctoral degree.

Perhaps then it would not have taken me long to realise the full potential of my role.

There is no better feeling than the gratification that comes with supporting my students’ development. Today, I enjoy helping them look at real-world problems through a variety of lenses to become change agents. It is incredible to watch them learn to be critical thinkers and apply their knowledge to make an impact. It’s also satisfying seeing them grow personally.

The reality is that we are operating within systems where inequity still exists. If nothing is done within academia to intentionally mentor and sponsor young academics, the sector risks the grim prospect of losing some of their best to other industries, and young academics may never be able to perform to the best of their abilities. As a young academic and an emerging researcher, I wish that those who have gone before us and have travelled the journey can look back at the generation that is still developing and become their voices in places they cannot reach. As Hilsabeck aptly describes it, over and above mentorship, we need sponsors who will recommend us when it is required for our career development. Every seed has a potential to become a tree and yield fruits, we just need to be watered.