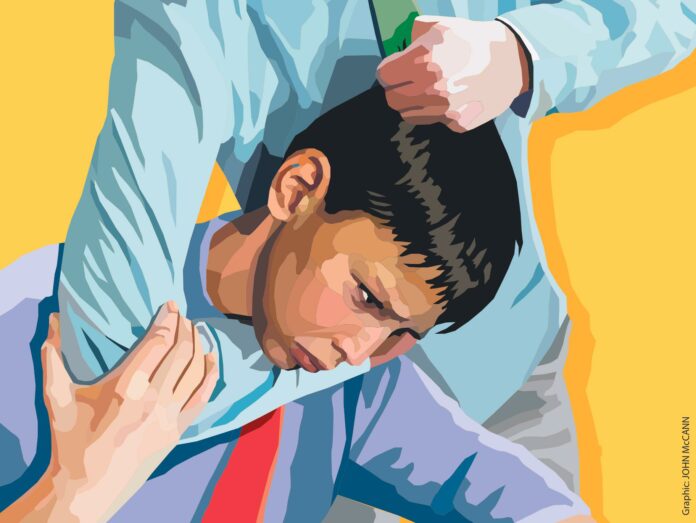 We all knew at least one — a classmate at school who treated others badly. But the reasons learners show aggression are plural and complex. As experienced teachers will attest, understanding learner behaviour requires nuance, training and patience; resolving it requires understanding the nature of the problem.

Bullying can’t be resolved at school. Staff members must simultaneously protect victims, mete out justice and also somehow accommodate that the perpetrator is also [usually] a minor, a young and vulnerable person who has, for whatever reason, resorted to an inappropriate course of action.

The mantra “hurt people hurt people” was part of my own anti-bullying training as a teacher. It couldn’t be more true. I often tell my trainee teachers that the mystery of a learner’s behaviour is solved at parent-teacher meetings.

An example from my own experience: we called in a mother to discuss her child’s frequent use of violence to intimidate other learners. On being told about the incident, she knocked her child to the floor and began to kick the learner. The principal and I had to intervene. But the source of the behaviour was clear — this learner resorted to physicality when angry because it was what they had been shown at home.

Bullying is a major problem in schools and shows no gender, race or class bounds — it is across the board. The type of violence differs depending on the social milieu a child is raised in; those who are shown more open aggression tend to exhibit this at school, whereas those used to coercion or cyberbullying mirror these behaviours instead.

The common and misplaced tendency on the part of the broader public is to expect schools to be the apparatus of remedy for problems that originate at home. Schools are expected to exert a power and authority that most simply do not have.

The few available responses — suspension or expulsion — exacerbate the situation. Learners who have been hurt deserve protection and care. But what is often missed is that the perpetrator often needs care too.

Minors who behave in these ways are often abused, have often been alienated from learning at school — and hence are lashing out at others through frustration, fear and deeply damaged self-esteem — and may have undiagnosed learning barriers or other psychosocial needs that are the root cause of the behaviour.

Sending the bully home — to the place that is often the source of their anguish, where they will fall further behind in their learning and feel even more isolated and ostracized — is the last thing that will prevent recurrence.

If anything, suspensions result in escalation, when the perpetrator comes back, feels stigmatised, and can’t catch up with learning. The teacher then must handle the even more alienated bully, protect the other learners and somehow keep lessons going.

Expulsions don’t work either. Learners get moved from school to school like a hot potato. Their right to be enrolled and to learn is at odds with schools’ reticence to take them. This happened a lot in the United Kingdom when I taught there, where principals would watch for “excluded” applications like hawks.

The alternative is to drop out of school, whereby vulnerable and already alienated young people find further inroads into other self-harming activities.

They are better off in school. We are all better off if they are in school. The “out of sight out of mind” mantra just kicks the problem down the road.

Rather than individualising bullying, we should notice the structural issues that produce bullying behaviour in the first place, as well as how weak our systems are for addressing it.

Largely, the state of our social fabric and how it affects families. The system we call “schooling” (not the same as individual schools) exacerbates it. Because learners learn behaviours from the adults around them, prevention begins at home. Interventions to help families model healthy conflict resolution strategies and avoid resorting to violence would include economic upliftment through meaningful income of some form, capacitated social worker networks to assist with domestic concerns legitimately in the family and community, as well as stronger community support for struggling parents.

In addition, what learners experience in school could be a lot less alienating if we could refocus on the wellbeing of the child instead of the one-size-fits-all fast-paced curriculum coverage and test scores.

Our schooling system is dehumanising for children, a sausage-machine that demands conformity. Put the two together and you’ve a scared, anxious child who, five days a week, has an awful, exclusionary experience and who has learned at home how to resolve these feelings with force. It’s a toxic mix.

The other problem is most schools’ limited capacity to deal with these concerns once they arise. In the schools I have worked in, one could occupy every teacher with disciplinaries, detention duties, “in-school exclusions” and whatever other processes are cooked up to “deal with” bullying learners. Teachers can barely keep their classes going, never mind shouldering all this extra work. I’ve worked in schools where learner-on-learner violence is so common that, given armchair critic sensibilities, half the school would be suspended.

Such popular recourse is neither feasible, nor does it address the problem. It just pits children against the school and teachers against parents to solve what is a structural, widespread social issue, not an individual moral problem.

With a country as ubiquitously violent as South Africa, we can’t be surprised that our children exhibit violence at school. Over years of teaching, I’ve come to realise that the behaviour we deplore in our children is only a mirror for our own — and we despise it because it reminds us of who we are.

If we want to really address bullying and violence, we must take on the broader challenge of changing ourselves and the social systems we have built that reduce our ability to care for each other humanely.