And, despite the recommendations of specialist consultants, the company’s environmental consultants, Triplo4 Sustainable Solutions, did not conduct adequate studies on the effect of underwater noise created by its floating gas-fired plants proposed for the ports of Richards Bay, Ngqura and Saldanha Bay. 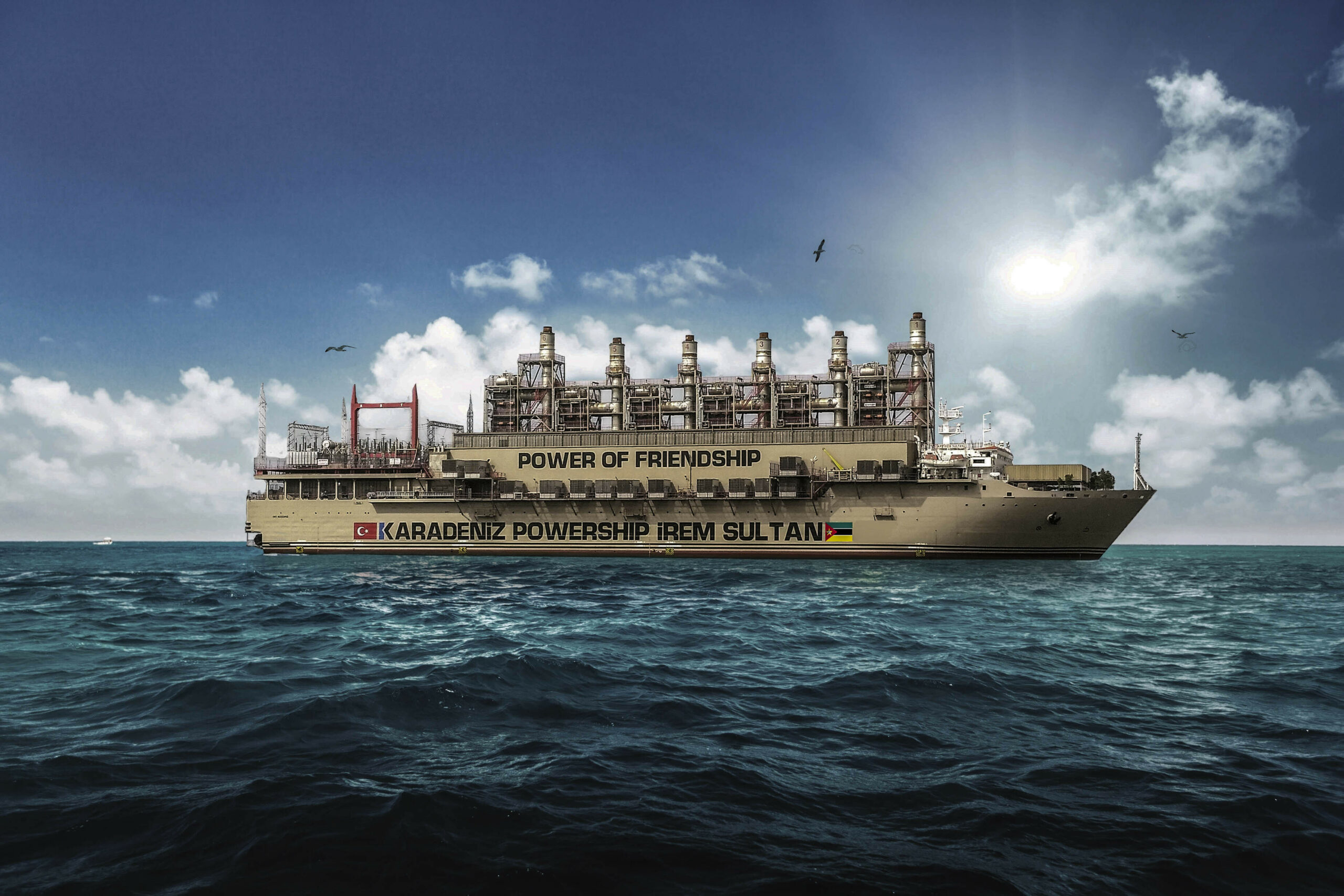 These are among the main reasons the department of forestry, fisheries and environment announced on Thursday that it has refused to grant environmental authorisation for the multibillion-rand floating powerships project, which was selected in March as a preferred bidder as part of the department of mineral resources and energy’s emergency power procurement programme.

The company has said it conducted a “robust public participation process”, met all stringent environmental requirements, and that it is “confident” it will win an appeal against the department’s decision. This needs to be lodged within the next 20 days.

The energy department said on Thursday that it “noted” the environmental department’s refusal decision.

The environment department’s records of refusal list a litany of failures by Triplo4, which left the department’s competent authority, Sabelo Malaza, unable to determine the “significance of potential impacts or consequences for the environment, the effectiveness of potential mitigation measures or whether the project will constitute a sustainable development”.

The actual and potential negative effects on the environment as well as the socioeconomic conditions of the project could not be properly evaluated, particularly regarding small-scale fisheries, because a proper underwater noise study was not done and because of the contradictory information, Malaza said.

“We are thrilled with the department’s decision,” said Liziwe McDaid, strategic lead for the Green Connection. “Today is a good day for South Africa — for the environment and for the government.”

On 30 May, she lodged a complaint with Malaza describing how Triplo4 had failed to conduct a specialist study of the potential consequences of underwater noise generated by the powerships on the sensitive environment and marine resources of Saldanha Bay before submitting its final environmental impact assessment (EIA) report.

“The [department’s] decision specifically mentioned the fisheries and the lack of the noise study, so all the work in putting in the complaint and working with coastal fishers to try to get their voices heard, we’re very glad this shows that people’s voices do count,” McDaid said. “Let’s hope this sends a message to other environmental consultants, that there is no space for shoddy work.”

In a statement, Naseegh Jaffer, of the Masifundise Development Trust, hailed the department’s decision as a “great victory for fishing communities”, who have strongly opposed this development. “It shows that small fishing communities can take on big companies who want to exploit our oceans”.

Michelle Koyama, an attorney at the Centre for Environmental Rights, said it was pleased the department had refused the applications, “given that there were deficiencies related to the public participation process and that there were flaws and gaps in the various reports”.

“This meant that not all the impacts of the Karpowership projects were fully assessed and before the decision-maker as part of the EIA process.”

The centre had filed a complaint with the department on behalf of the nonprofit, groundWork, for the Richards Bay and Ngqura proposals.

Koyama said Karpowership’s own climate change assessment report stated that its greenhouse gas emissions would have been high. About 17-million tonnes of carbon dioxide equivalent tCO2e) of greenhouse gas emissions would have been emitted from the Karpowership over 20 years at Richards Bay, a further 17-million tCO2e at Ngqura, and another 12-million tCO2e at Saldanha.

“This is excluding indirect emissions and other associated infrastructure, which has further greenhouse gas impacts. If the Karpowerships do not go ahead, these emissions can be avoided, as we face the climate crisis,” Koyama said.

Janet Solomon, of Oceans not Oil, said in a statement that the nonprofit and its affiliates are pleased the department took the sound pollution of the projects into consideration. “What is worryingly absent from the department’s decision is a review of the carbon footprint of the project, in any form, but especially in terms of South Africa’s greenhouse gas emission reduction needed urgently.”

In the refusal documentation, Malaza described how the EIA for the port of Ngqura was compromised.  “The draft EIA report was subjected to public review for a period less than the legislated 30 days as indicated by the interested and affected parties. Documents were removed from the [Triplo4] website and only returned after queries were raised by various interested and affected parties.”

Significant changes were made to the final April 2021 EIA report, “which was not contained in the reports consulted on during the public participation process before it was submitted to the competent authority for decision-making”.

Malaza noted how BirdLife South Africa and SANParks had raised serious concerns regarding underwater noise that may have adverse effects on the breeding of African penguins on the nearby Jaheel and St Croix islands by increasing their foraging effort and consequently negatively affecting their reproductive success.

“The failure to undertake the assessment made the specialist hesitant to commit on whether or not the proposed mitigation measures reflected in the marine ecology, avifauna and noise studies will be sufficient to address potential impacts,” Malaza noted.

Most of the specialists indicated limitations to their respective studies, including that they had limited time to apply their minds or that the studies were undertaken in the wrong season.

A peer review of some of the commissioned studies found that “this was not a true reflection of the scale of the project”, which could trigger “regional and global scale impacts”.

Malaza documented how in Richards Bay, for example, numerous concerns and complaints were raised relating to inadequacies of the public participation process, including failures to involve small-scale fishers, tribal authorities and local residents, including informal settlers and land users in and around the port.

Sherelee Odayar, of the South Durban Community Environmental Alliance, said in a statement that the organisation welcomed the department’s decision, “considering this particular development failed to inform surrounding communities and include them in the public participation process, knowing fully that they will be directly affected by Karpowership”.

An October 2020 noise specialist study noted the close proximity of the Richards Bay Game Reserve to the proposed Karpowership project, but only quantified the above ground noise and only determined the effect on human sensitive receptors.

“The potential for disturbance to birdlife and reclusive species in the fringes of the reserve’s swamp and mangrove forest components is a critical omission in terms of the impact assessment,” Malaza said.

“Noise of 50dBA [decibels] would certainly result in displacement of species from their core habitat. However, this is not mentioned or assessed and mitigation measures are not provided.”

Richards Bay is an important area on the KwaZulu-Natal coast for the endangered Indian Ocean Humpback dolphin.

This study, too, would have assessed the effects of the proposed development on dolphins, sharks, fish, turtles and macrobenthos (marine organisms), “as well as specifically address whether this noise would impact on the migration of prawns out of the estuary into the marine environment”.

Sandy Camminga, of the Richards Bay Clean Air Association, said the department’s decision “sends a message to environmental assessment practitioners that the public participation process is not a ‘tick-box’ exercise and that a flawed process and deficient specialist studies will not be accepted”.

Avena Jacklin, of groundWork, agreed. “EAPs [environmental assessment practitioners] need to act independently and ensure that proper process is followed, that impacts are assessed adequately and that people’s democracy and rights to an equitable and effective participation are not violated.

“The African penguin has its largest population in Algoa Bay and development decisions that are likely to have negative impacts on their habitat here will have a direct bearing on the survival of this species, and other marine top predators. We are becoming increasingly concerned about marine noise pollution and the impacts this will have on predator populations so the decision is most welcome,” he said.