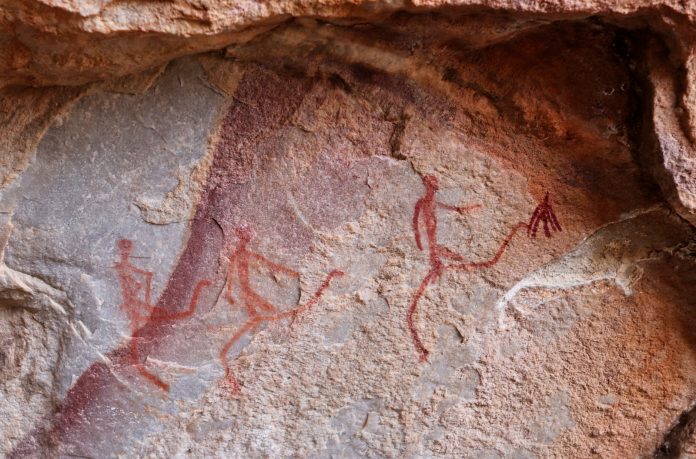 This open letter to the chief executive of Amazon, Andy Jassy, was sent to him on Sunday, 10 July. The authors were still waiting for his reply as of noon on Friday, 15 July

We write as the applicants in the court case taking the authorisations for the River Club development in Observatory, Cape Town, on review in the Cape Town high court under the Promotion of Administrative Justice Act.

This is not the first time we have written to you in the hope you will listen to what a broad range of Khoi indigenous groups, civic associations, environmental NGOs, faith-based entities, labour unions and social justice groups believe is a heritage and environmental crime being perpetrated in Amazon’s name. We did not get a reply last time – but we hope you will open your ears to this heartfelt call this time around.

As you know, the development, set to house Amazon Web Services’s headquarters, was interdicted by Judge [Patricia] Goliath on 18 March because of the threat of irreparable harm to the living heritage of indigenous people posed by the development. The court issued a landmark decision noting that economic benefits can never override the right to culture and heritage of indigenous people.

The land in question is at the apex of the Two Rivers Urban Park at the confluence of the Liesbeek and Black rivers. That it is of sacred significance for being an associative cultural landscape is not in dispute, even in former Mayor [Dan] Plato’s affidavit. It is also a site of high environmental significance, vulnerable to flooding and plays an important role in our city’s climate resilience.

They are wrong on that score because the section of the Superior Courts Act on which they rely applies only to final decisions and not interim interdicts. Goliath’s order was an interim interdict. No court has agreed with their interpretation that the interdict constitutes a final decision, yet they are proceeding on the basis of their “advice”.

But the intent of the developers has now been revealed. On the basis of their approach to the SCA, the developers have re-initiated work on the site. We believe this is in contempt of court and we have now served the Liesbeek Leisure Properties Trust with papers for contempt of court. What is obvious is that they are not interested in the outcome of the appeal but are using the appeal petition as a cover to accomplish illegal construction work on site.

This is deeply offensive to indigenous entities, 18 of whom have submitted affidavits indicating their deep spiritual connection to a site that should never have been anything but a heritage park. It is currently being graded for national heritage status and will probably be nominated for Unesco heritage status.

All of this is under threat by the wanton, and probably illegal, behaviour of the developers, seemingly aided and abetted by a city and provincial government that has stood by and watched this extraordinary display of disrespect for the law by the Liesbeek Leisure Properties Trust.

Our questions to Amazon are the following:

1. Do you condone the willful lawlessness being perpetrated by the Liesbeek Leisure Properties Trust at the River Club site?

2. In your 2018 call for proposals, you outlined that you wanted a site that already had development approvals in place. Where they did not have such approvals in place, you specified that the opinion of “qualified consultants should be provided” to provide “the anticipated timeframes for obtaining the necessary Record of Decisions”. Are you able to indicate who the qualified consultants were who provided such opinion with regard to the suitability of the River Club site and likely approvals, and when they provided such opinions to Amazon?

3. Can you explain how it came to be that the River Club was not initially on your shortlist of suitable sites, but was then announced as the preferred bidder?

4. What is your view, and your company’s view, regarding the sacredness of the site for indigenous people and its environmental sensitivity?

5. Would you really wish Amazon to be forever associated with epistemicide of indigenous knowledge, with the obliteration of living heritage, with the destruction of one the last urban green spaces in Cape Town and with flagrant disregard for the rule of law and for the rights of indigenous persons?

We call on Amazon

1. To condemn in no uncertain terms the disregard displayed by the Liesbeek Leisure Properties Trust for Goliath’s interdict decision.

2. To walk away from the River Club site and locate its headquarters at one of the other sites it deemed suitable before the River Club mysteriously leapfrogged to the top of a shortlist where it was never listed in 2020.

Too much blood of indigenous people has already been spilled by centuries of colonial oppression, displacement and decimation. We call on you to desist from continuing with that cultural erasure in the 21st century.

This letter has been edited in accordance with the Mail & Guardian’s house style.