In a single day, a shocking 105 people reported being raped, and the murder rate sits at 55 a day, according to South Africa’s latest police crime statistics released on Friday.

Other findings were that in the first three months of the year a staggering 9 518 people were raped and 4 976 murdered. Many victims of murder and rape knew their attackers.

Substance abuse has emerged as a reason for the spike in crimes during the first quarter of 2021.

Police Minister Bheki Cele began his address by lamenting the death of 24 police officers, 11 of whom were killed while on duty.

“Some were attacked or ambushed while conducting patrols and their official firearms stolen. So it cannot be normal that police officers who, each day, go out there to protect and to serve, are killed and the public remains unshaken.

“There is no public outrage, no outcry from activists and NGOs and no one is demanding justice for them,” charged Cele.

In total, between January and March this year 12 133 sexual offences were reported, equating to an average of six cases every day.

The majority of rape cases were reported to the Lusikisiki police station in the Eastern Cape — 84 in the three-month period. This is a jump of 300% compared with the January to March 2020 reporting period, when 27 rape crimes were recorded.

Inanda in KwaZulu-Natal had the second highest number of rape cases, and Thohoyandou in Limpopo the third highest.

Cele admitted that securing rape kits and DNA samples was a problem when prosecuting rape and gender-based violence (GBV) crimes. There was a backlog of 208 000 forensic crime samples still to be processed at the country’s labs as of the end of March.

But he said the police were remedying the situation: “Moreover, a DNA recovery plan is in place to progressively clear the DNA backlogs experienced at SAPS forensic science laboratories. The nation is assured that we are working around the clock to clear the backlog and GBV cases are being prioritised.

“The delays have been severe, we admit, but 42% of dockets for crimes committed against women and children that had been outstanding for over a year, have now been finalised,” Cele said.

Cele conceded that only the Western Cape and Gauteng had working forensic facilities.

“Things like murder and rape cannot be easily resolved if you don’t deal with your forensics. We believe, when it comes to [forensic backlogs], we have turned the tide.

“There were several things that were [incorrectly] done, which are now being done. One of those things are contracts — the contracts of buying the material [and] of buying the chemicals. Sixteen of those contracts have been signed now; seven of them are still under evaluation. We believe that [they will] be evaluated and signed.

Cele also admitted that “there was the depletion of the staff” to do forensic work. He said 128 people had been promoted to fill the critical vacancies. 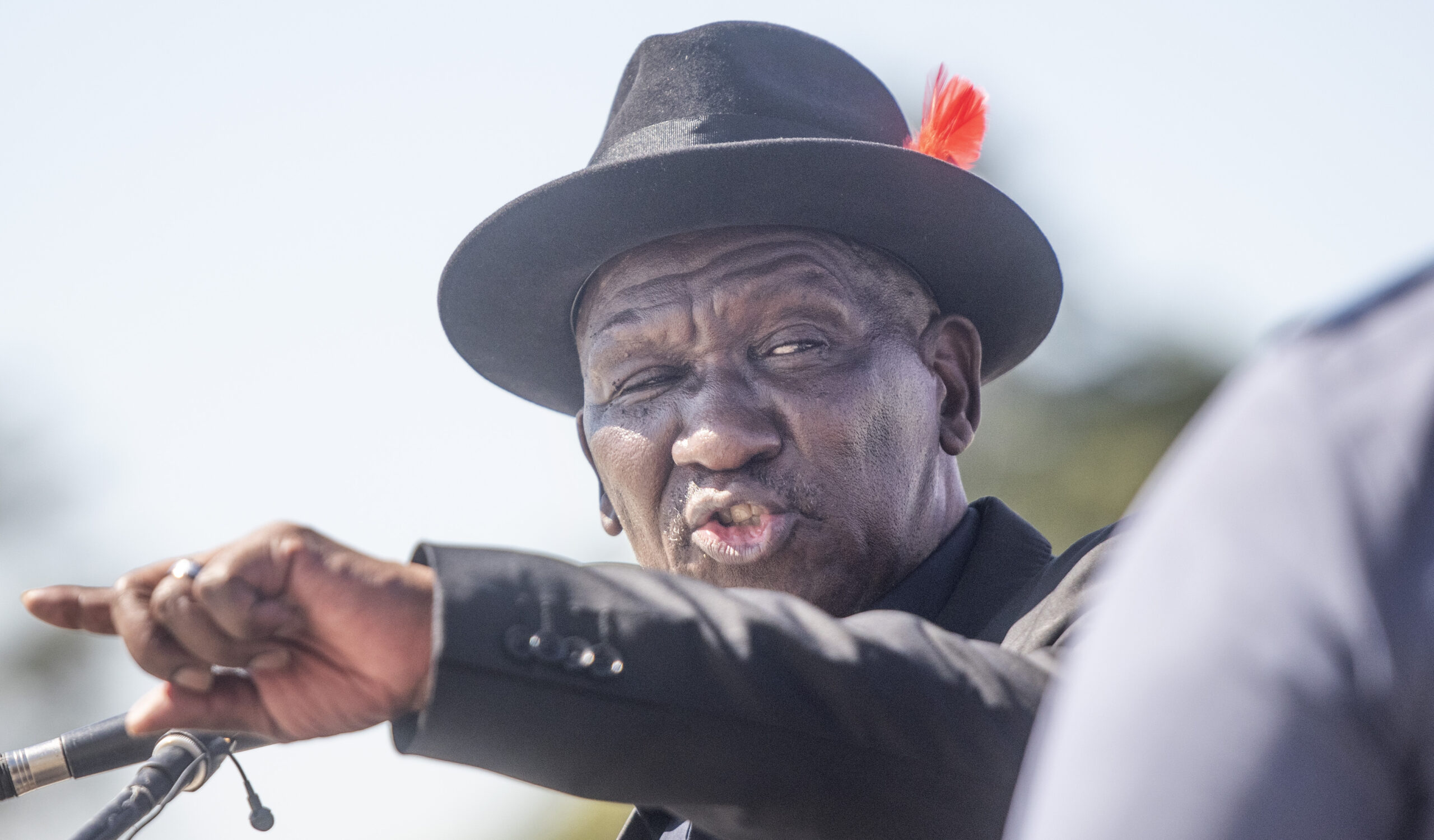 A breakdown of the figures show that alcohol accounted for 145 cases of attempted murder; 168 for murder; 989 for rape; and 2 855 for assault with the intention of grievous bodily harm. Drug abuse accounted for a cumulative 523 cases of the aforementioned crimes.

Cele lashed out at alcohol abuse, asserting: “Alcohol abuse is the albatross around one’s neck for us in the SAPS and certainly for the communities we serve. Again, communities can no longer afford to stand aside and look. They have to be part of the crime solution, by saying no to alcohol abuse.”

He added: “Some communities have more taverns as compared to any other establishment, in their area of residence, including churches and schools combined.”Also in attendance during the briefing was national police commissioner General Khehla Sitole, who was recently accused of insubordination by Cele, as conveyed in a heated letter the minister sent to the top cop, underscoring tensions between the operational and political heads of policing in the country.