“The terrible events that have unfolded cannot be described as a labour dispute. They are plainly dastardly criminal and must be characterised as such. In line with this characterisation, there needs to be concomitant action to address this situation.

“You are absolutely correct in insisting that the Minister and indeed all government officials need to understand that we are essentially dealing with a criminal act. I have said as much to the Minister of Safety and Security.”

These were President Cyril Ramaphosa’s words in an email dated 15 August 2012 at midday. At the time he was a member of the ANC’s national executive committee, a Lonmin shareholder and a non-executive board member.

A day after he sent that email, 34 mineworkers were gunned down in Marikana, in the North West, in what became known as the Marikana massacre. Dozens of others were wounded and about 280 workers were arrested. 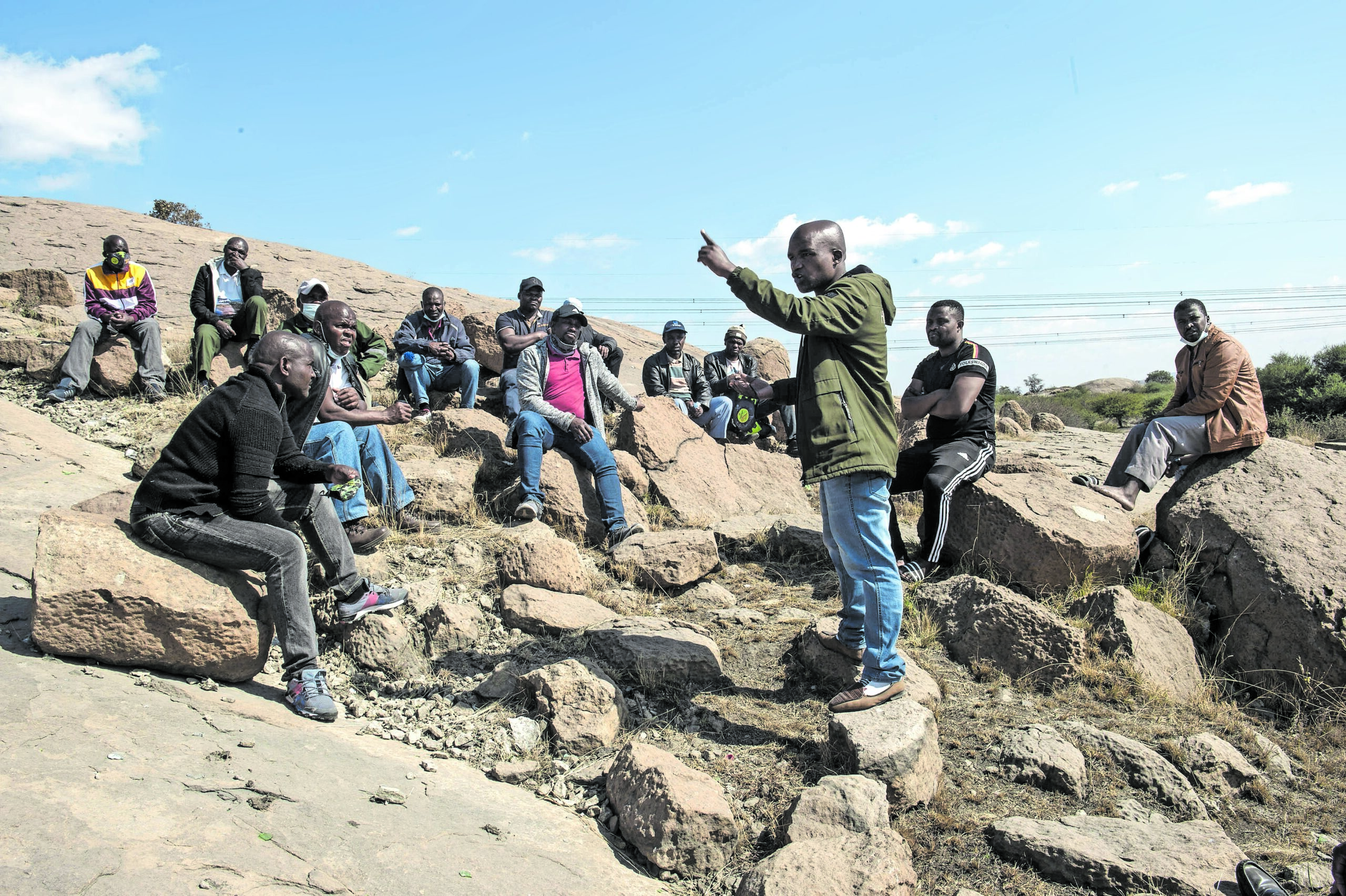 In all 44 people were killed that week in violence linked to an unprotected strike at Lonmin’s platinum mine in Marikana. The workers were demanding a salary of R12 500 and better living conditions.

Three years later, in 2015 Vayeka Sivuka — who was accused number one among those arrested on 16 August — and 328 other mineworkers filed their papers in the Johannesburg high court asking that Ramaphosa and Lonmin be held liable for the actions of the police.

The claim is for about R1-billion from the three parties.

On Friday 10 September part of the matter will be heard. The outcome of the hearing will either lead to the judicial proceedings that those who were wounded and arrested seek, or to the exoneration of Ramaphosa’s actions of nine years ago.

The matter will be heard by Judge Colin Lamont.

The summons filed in 2015 by Nkome Incorporated, the lawyers for Sivuka and 328 others affected by the killings, cite Ramaphosa as the first defendant, Lonmin as the second and the government as the third.

“The first defendant is sued in his personal capacity and as a director of Lonmin … and in pursuit of his personal interests and those of Lonmin. On or about 21 October 2012, the plaintiffs were made, and became aware of, certain unlawful conduct and acts committed by the defendants acting individually and or collectively … alternatively negligently, further recklessly, in violation of the constitution and in pursuance of the collusion,” the papers state.

The claim notes it was discovered that Ramaphosa had sent an email in which he proposed that the strikers’ actions be characterised as criminal and that the situation required intervention from the army or the police.

“The idea or suggestion of resolving the issue by Lonmin management engaging with dialogue with its employees was to be rejected as repugnant and one to be avoided … as the workers were (murderous) criminals, concomitant action was required to be perpetrated against them,” the lawyers argue.

They emphasise that Ramaphosa put pressure on various arms of government, such as the police, to follow through with the concomitant action. This, they say, is shown by Ramaphosa’s several calls to politicians and ministers of state to take “violent action with speed”.

In doing so, the lawyers argue that Ramaphosa was acting intentionally and/or with dolus eventualis (legal intention), in that he personally and subjectively foresaw the possibility that the army or police would cause the deaths of strikers.

“Concomitant action would in the circumstances entail violent killings and or serious injuries to many human beings, including the plaintiffs.”

The lawyers argue that the pressure exerted by Ramaphosa and the re-characterisation of the strike as criminal would be transmitted from the political principals through senior police management and ultimately to the police forces on the ground to sanction the unlawful use of force and its fatal consequences.

A few weeks after the summons, Ramaphosa’s legal team filed what is termed an exception.

Ramaphosa, represented by Edward Nathan Sonnenberg, argues that his communication and emails did not constitute actionable incitement or wrongful conduct.

His lawyers also argue that Ramaphosa in his role as the director of Lonmin and BEE investor or shareholder or chairperson, did not owe the wounded and arrested any legal duties and “consequently the alternative claim relying upon these alleged duties does not disclose a cause of action”. 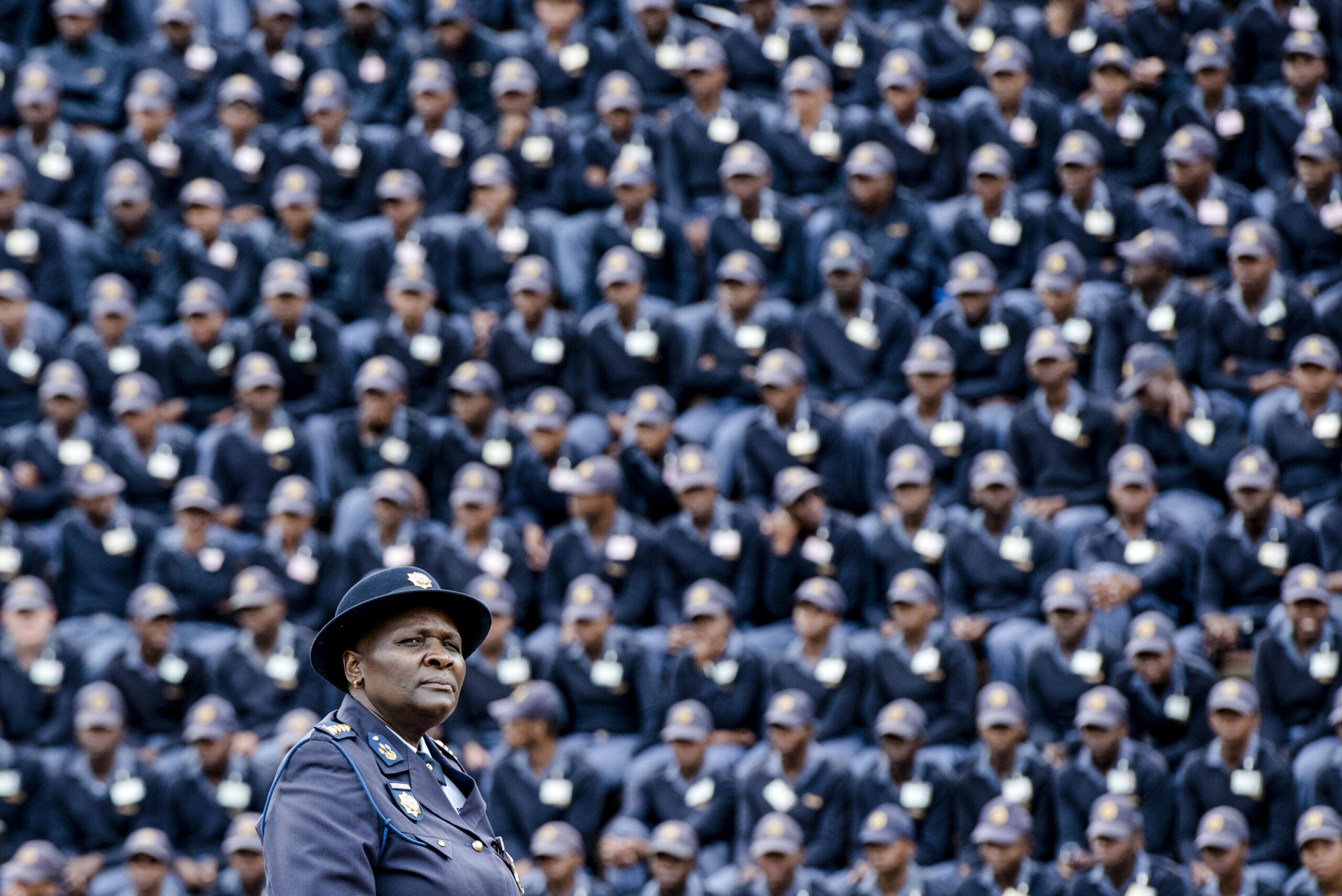 “In so far as the plaintiffs rely upon a cause of action of unlawful pressure exerted by the first defendant, no such delict is cognisable in our law. The duties alleged are irrelevant and cannot sustain a claim against the first defendant,” they assert.

In response to claims from the wounded and arrested miners that Ramaphosa exerted pressure on the police and then-police minister Nathi Mthethwa, Ramaphosa’s lawyers state that this claim is vague and embarrassing, and contains no specificity to which Ramaphosa might plead.

After those 2015 filings, the case stalled as the parties waited on the court to finalise a date for hearings.

The Mail & Guardian understands that the court’s first duty is to ascertain if Ramaphosa has grounds for his exceptions. There are eight in total. The lawyers have shared their heads of arguments and the stage is set.

About three weeks ago on 16 August, the country commemorated the ninth anniversary of the Marikana massacre. Many of the widows who lost breadwinners and went to work for the mine — now owned by Sibanye — still mourn their loved ones and have asked why Ramaphosa has never offered an apology or set foot in their community after the killings.

Some of those who were wounded or arrested have still not been able to return to work and living conditions at Marikana have not improved. A handful of police officers have been charged with murder and the case continues to drag on.

A day after the commemoration, Fhedzisani Pandelani, who is based in the solicitor general’s office in the justice and constitutional development department, told a briefing that the government had paid more than R170-million to victims of the massacre. He said the Socio-Economic Rights Institute (Seri) wanted an additional R1.5-million for each of the 36 families it is representing in their claims against the government.

Pandelani said the government had paid Seri, on behalf of its clients, more than R69-million for 35 of 36 claimants, and the state wanted to pay an additional R500 000 to each of the claimants represented by the organisation.

“If you were to invoke the ‘once and for all’ rule, you would actually accept that, having paid just under R70-million on behalf of 35 families, the matter would have been resolved,” Pandelani said.