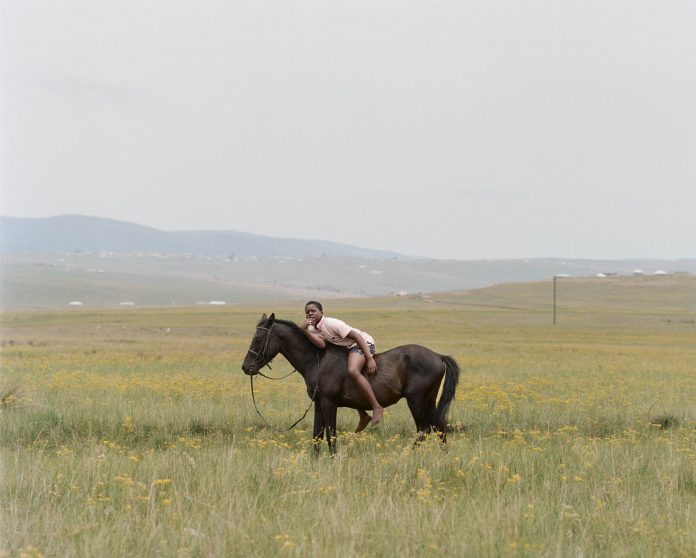 Zikhovane is a small village in the Eastern Cape. It starts on a mountain, above a tar road that links Komani (Queenstown) and Ngcobo, and then stretches on flat land in a thin line until it reaches another mountain, where the chief lives.

Two years ago — and for generations before — the village moved in a communal rhythm. Residents would gather uninvited in someone’s home when they returned from the city, sipping from the same container, huddling over the same dish to eat.

At the height of the Covid-19 restrictions, villagers were forced into an isolated existence.

The banning of large gatherings had a particularly sombre effect on people’s lives in Zikhovane, where attending rituals in the homes of neighbours is not a choice, but a duty.

The festive season is a time of communal ceremonies. Residents make the long trips home from far-flung urban workplaces to be part of these traditions of gathering, celebrating and feasting.

This had been on hold for two years but, by December, the village was slowly returning to its characteristic rhythm. Two of the common rituals for this month include sheepshearing and drinking umqomboti. Shearing is done by young men. Starting the month prior, they move from one animal to the next in confined spaces, working, laughing and sweating. During the pandemic, this stopped. Families had to shear their own sheep, some choosing not to.

Paying respect at funerals also started picking up after the lockdown restrictions eased, with it no longer reserved for close family members.

At one of the first funerals during the festive season, the villagers gathered with smiles and jubilation. They spoke of how good it was to be among each other. A cow was slaughtered and villagers gathered while the meat cooked, sipping cold drinks from the same jug. When the meat was ready, they bent over the same serving dish.

Even at that time, the village had not fully returned to its rhythm, but it was slowly moving in that direction. Omicron had just been announced, so residents still wore masks and talked while standing at a distance. This is a far cry from the closeness usually used to conduct conversations — faces and hands touching.

The chief of the village, Joe Jongilanga Kwebulana, said that since the restrictions had eased, he had been busy. Funerals, traditional rituals, and initiation school rituals were now taking place. On the day one ritual ended, another one would start that same morning, then another in the afternoon.

Although things were slowly getting back to normal, the chief pointed out the apathy to being vaccinated, something that could return the village to restrictions should Covid-19 flare up. “It’s not old people that are reluctant to vaccinate. It’s young people. The old don’t want to die so they do it, but young people, they’re young.”