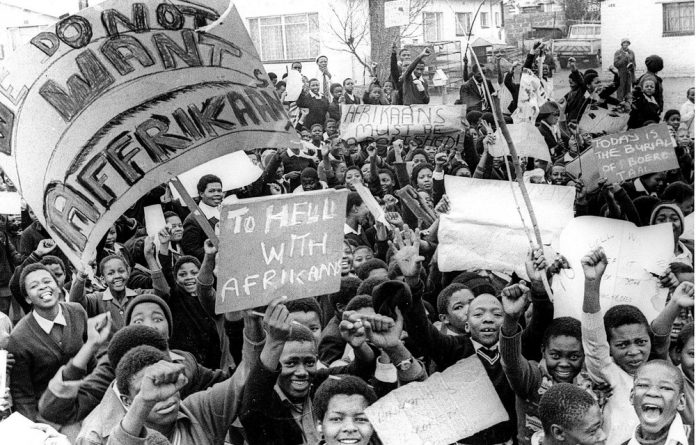 Professors at the University of the Free State have completely condemned violent protests. This week the university held a dialogue on the nature of protests and informed students on how they should express their frustrations, even though they were excluded from the panel.

The vice-chancellor of the university, Professor Francis Petersen, said that although students have the right to protest, he also has a responsibility to protect the rights of those that choose not to by ensuring that violent and disruptive protests don’t take place.

“In terms of violent protests where there are clear elements of criminality, we have zero tolerance for that at the University of the Free State and therefore we need to ask the criminal process to take care of that specific activity,” he said.

The dialogue hosted by the humanities faculty was meant to be a discussion on humanistic perspectives of student protests in South Africa.

However, the panel of professors did not include the students, who were only invited to listen to it. This exclusion frustrated students who commented by asking the panel, “How do you have a conversation about student protest without students?”

One student said that the university is only addressing the manner of protesting and not the actual issues which cause them.

“Whenever there are protests on campus you are very provocative towards students. I would say that you have student affairs that are failing in terms of mitigation between students,” he said.

During the question and answer session, another student accused the university’s student affairs division of closing its doors when students tried to report issues that they face.

Motlogeloa Moema, the student governance manager at the university, did not respond to the comments.

Earlier he had condemned violent protests saying that South Africa is where it is because of protests, however they need to be done well.

“Protests do not emerge from a vacuum, in fact I would argue protests emanate from a place of pain,” Moema said.

These discussions come after two students were arrested by the police in March. They allegedly damaged the university’s property and caused public violence following a protest that took place at the Qwaqwa campus.

According to a statement released on 29 March by the university’s vice-chancellor, the protest was in relation to the National Student Financial Aid Scheme’s decision to pay students rent directly to the landlords instead of paying through the students.

“By disrupting classes and preventing access to campuses, they are effectively robbing their fellow students of the opportunity to work towards obtaining a qualification. Affected institutions are impacted in their ability to provide quality education to students and in fulfilling their wider society-focused mandate,” Petersen said in the statement.

This week Petersen said that though they support protests they need to be conducted in a peaceful manner.

Professor Joy Owen, who previously worked at Rhodes University, described how she has been affected by protests as a bystander.

“The stories of those who witnessed the protests are not recognised. We forget how to communicate with one another as people. The reason why protests take place in the first place is because some people have and some don’t.”

She described how her proximity to students who were shot at and hurt during these protests had affected her.

The university’s dean of the faculty of humanities, Heidi Hudson, said that these discussions are vital and in the future would invite students to be part of the panels.