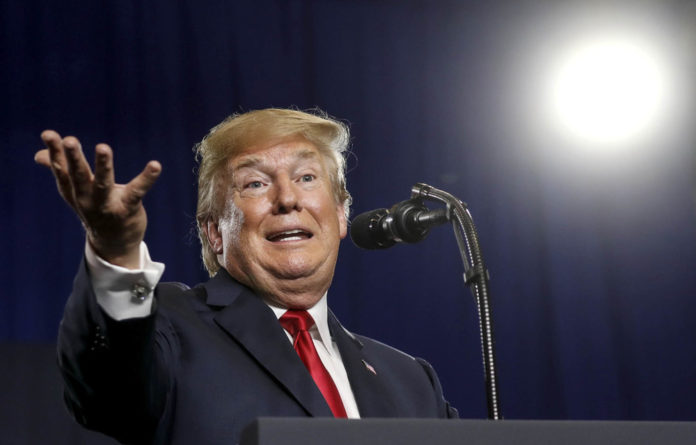 As the United States election count and certification process slowly draws to a close, the inevitable question arises: is this a repudiation of Trumpism?

First, it is important to understand that late-counted votes are heavily skewed to the Democrats. Election day isn’t a public holiday so voters who cannot afford to take a day off work to vote are more likely to cast early ballots and in many states these are counted last. Second, with the very different approaches to pandemic politicking, Democrats were even more likely to vote early (in person or by mail) than usual.

In the 2018 midterms, a slight shift to the Democrats turned into a sizable blue wave, with 41 House seats flipped from the Republicans. Yet, the same election saw Republicans gain two Senate seats because of the pattern of Senate races. Each state has two senators who serve  six-year terms, with re-election staggered, so about a third are up for election every two years. The number of winnable seats for each party is therefore dependent not only on overall vote swings, but which party has the most vulnerable seats in the race.

Back to 2020: the Republicans had a small number of vulnerable senators and the election was complicated by the Covid-19 pandemic in unpredictable ways. The Democrats eschewed campaign methods that risked viral spread like door-to-door campaigns and mass rallies, while the Republicans went all out with these approaches. Over the next few weeks, we will see the consequences of this; already, the states with the highest per-capita infections are strongly Republican (relatively low-population states like North and South Dakota, when viewed per capita, turn out to have the highest case counts).

How to view the election result

Joe Biden has scored the highest vote ever for a US president; what makes this a little less impressive is that the second highest was scored by Donald Trump in the same election. The Democrats, at time of writing, have lost five House seats and look to be falling short of enough gains in the Senate to reach 50 (the magic number for the governing party, as the vice-president has a casting vote). But Georgia requires a clear majority to elect a senator and both Senate races there are heading for a runoff vote on 5 January, so it is possible that Biden will squeak a bare majority (half the senate plus his vice-president).

The tricky thing about analysing the practical effect of the Biden win is the pandemic. Trump’s handling of that has been one of his biggest negatives in polling against Biden. But it is possible that he clawed some of that back by being willing to campaign with no thought of safety of his team or supporters, particularly after his own illness and recovery. Take away the pandemic, and Trump could have won.

So it is hard to read this election as a total repudiation of Trumpism.

While his mismanagement of the pandemic is true to form, his dishonest style has not been as much of a negative as it should be if politics was rationally decided.

The difference the virus made was that it is impervious to deception. Claiming it is not a problem runs up against the hard logic of escalating numbers of deaths and people admitted to hospital. The huge increase in cases has not yet led to hospital admissions and deaths on the same scale as the first surge through states such as New York. In part, this is explained by improved treatments and more extensive testing. But the latter is not true of some of the hardest-hit states. Overall, Johns Hopkins data shows test positivity trending up (about 7% nationally from a low point of 4%), but with some states far worse — for example, more than 50% in South Dakota).

Test positivity — the fraction of all tests that come back positive — is a key indicator: if it is much over 10%, that indicates many who should test positive are being missed.

It is tempting to see the Biden win as a defeat of white supremacy. Despite disavowing white supremacy when pressed, Trump somehow seems incapable of staying with that position. In the first presidential debate, his strategy of speaking over everyone else backfired spectacularly when debate moderator Chris Wallace challenged him to denounce white supremacists and Biden threw in the choice of “Proud Boys”. Trump, unable to miss an opportunity to coin a sound bite, followed with “Proud Boys: stand back and stand by”, which could only be interpreted as support. There is little doubt that this, plus the ongoing Back Lives Matter protests, energised the Democratic vote. Without the pandemic, would that have been enough?

Since we cannot know how the election would have played out without Covid, we are left with the future being defined by the winner. If a Biden presidency can nail home the message that white supremacy has no place in the US, then we can clearly say that his win is a repudiation of Trumpism.

Is Biden the person to do this? His troubling association with the 1994 Crime Bill, which is one of the factors in increasing incarceration, needs to be put firmly in the past. His closeness to Senator Robert Byrd, who was a previous member of the Ku Klux Klan is also raised; Byrd recanted his KKK support and voted for the 1968 Civil Rights Act. On the positive side, Biden was a staunch opponent of apartheid and the constituency most entitled to judge this issue, African Americans, support him overwhelmingly.

His biggest challenge as a unifier is not bringing the Republicans along with him, it’s mending the rift in his own party where progressives are tarnished as “unelectable” when the evidence is the opposite. Protests against police violence energised large sections who have historically been apathetic. Younger voters — less so whites but still a majority of those — broke strongly for Biden, for example.

The next two months will be a torrid time for the US. Trump is unlikely to go gracefully. Because the pandemic continues to be politicised, preventive measures such as wearing masks, physical distancing and hygiene are hard to enforce or even promote on a voluntary basis. As winter sets in, conditions for contagion intensify because people spend more time at close quarters. Trump is more likely to obstruct than to aid efforts if he sees the coronavirus as the cause of his loss.

Ironically, if the Trump administration’s death throes make the pandemic play out even worse over winter, it will make Biden’s unifying task easier. This is a terrible price to pay for putting white supremacy to rest once and for all.

If the American people had embraced human decency as a value in sufficient numbers when Trump first appeared on the stage, they would not be where they are today. Even so, there is no justice in the way this is unfolding because the poor and the marginalised, including African Americans, are bearing the brunt of the pandemic.