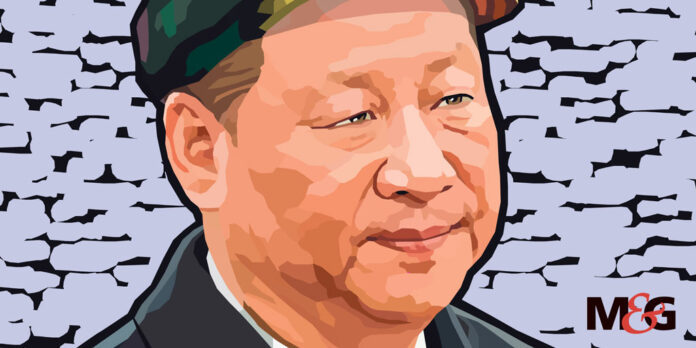 In his (in)famous 1989 article “The End of History?”, Francis Fukuyama declared the “unabashed victory of economic and political liberalism” evidenced by the “total exhaustion of viable economic alternatives to Western liberalism”. In addition to the end of the Cold War, Fukuyama pointed to the “omnipresent colour TVs” in China as among the signs of the end of the battle of ideologies.

Among the losers lay the middle ground, or what we might call a mixed economy. There was only one winner, the liberal democracy, the most Western of ideas.

On 24 July this year, China, the essay’s biggest trophy, issued policy guidelines that banned companies from making a profit from teaching the school curriculum to children outside of school hours in its compulsory education system. The guidelines mandated private tutoring companies to register as not-for-profit companies, banned them from going public and required that online tutoring companies be registered for regulatory approval. Specifically, China does not want foreign entities holding shares and benefiting from these activities.

Until this announcement, Chinese edtech (educational technology) was big business, valued between $100-billion and $120-billion. Some of the biggest edtech companies are listed on the Asian and US stock markets. As expected, investors are now upset at how a whole industry can be erased with a stroke of a pen.

Through the lens of the winning ideology, China’s actions are dramatic and sudden. But seen from the perspective of social policy, the Chinese government took a step in service of the long-term sustainability of China’s society and not the short-term view of sustaining an industry that was predatory and contributing towards an unhealthy, hypercompetitive educational system. The existing inequalities in the Chinese educational system are not the fault of the edtech companies, but were increasingly to their benefit.

China’s education system is the largest in the world, consisting of basic, higher and adult education. It is compulsory for children to attend school for the first nine years, and this stage is referred to as the compulsory education system. The Chinese education system relies heavily on standardised testing, something it has in common with the US.

For students to progress to the non-compulsory senior middle school, they must take an entrance exam; otherwise, they move to vocational training or leave school. The academic schooling path culminates in the national higher education entrance exam, commonly known as the gaokao, which students take in June. In 2019, 10.8-million Chinese students sat for the gaokao, but fewer than 2% of them could earn a position in a tier one university. The stakes are high.

This exam-oriented system has been criticised for exacerbating inequality in China.

According to sociologist Ye Lui, the foundational ideology that foregrounds the Chinese education system is meritocracy. Through the gaokao, the Chinese Communist Party (CCP) aimed to create a path to university that all communities could buy into and see as entirely based on effort, not influenced by class and position. The party considered this an essential pillar in its move towards a market system.

Today, millions of Chinese parents do whatever it takes to give their children the best chance at attaining a high score in the exam. Although the communist party has been reforming the Chinese education system since at least the 1950s, including decentralising the system and allowing private players since the 1980s, the system remains highly unequal. Quality teachers are scarce and prefer to work in the cities. This inequality is a massive driver of internal migration within China as millions of families move to the cities to access better quality education for their children.

This context is important in understanding why after-school tutoring and edtech sectors have grown so fast in China. In an attempt to improve their children’s competitiveness, Chinese parents have invested more and more of their household incomes towards these services. The exact amounts aren’t precise. Some studies have estimated that the average middle-class family in China spends around 11% of household incomes on these services, while others have put the figure at between 25% and 50%. What is clear is that the amounts are high and unsustainable. Moreover, much to the concern of the communist party, they were influencing decisions about having more children.

In March 2021, President Xi Jinping was already publicly expressing concerns about the pressure faced by Chinese families and children because of the surge in after-school tutoring services. Chinese children were spending a significant portion of their leisure time learning: after hours, on weekends and on public holidays.

In issuing the directives, the Chinese government was responding to parents complaining to their government about a system that was creating “miserable lives” by overburdening children.

Fukuyama was overzealous in pronouncing China as a proof of victory for economic liberalism. China is a mixed economy. The Chinese government evaluates its actions through the lens of society and not the economy. As a New York Times article noted, Deng Xiaoping’s CCP was more tolerant towards inequality, seeing it as a necessary evil towards a more prosperous China. Xi Jinping’s CCP is in pursuit of “common purpose”, lowering inequality and redistributing wealth more fairly across geography and class.

The problem with ideologies that become hegemonies is that its proponents soon see that ideology as the truth. Public policies that align with that ideology become pragmatic, and ideas falling outside those ideologies are branded populism. More precisely, policies that support the economy are pragmatic; those that support society are populist. When China initially announced its policies, Bloomberg called the announcement an “assault”, a “crackdown”, with The Economist quipping that “when it comes to teaching schoolchildren, no one should get rich”.

Governments tell citizens that they embrace market economies because of their positive impact on citizens. Therefore surely it is the responsibility of the government to act against economies that are detrimental to society’s prosperity?

In the postwar years, that was not a radical idea. T H Marshall’s conception of citizenship as civil, political, and social prevailed. Citizens did not only have the right to individual freedoms and political participation. They also had the right to what Marshall best describes as “the right to share to the full in the social heritage and to live the life of a civilised being according to the standards prevailing in that society”.

The prevailing ideology of the time, when governments saw their responsibility as providing shared public goods through universally accessible services such as health, education and welfare, gave Britain its national health service. It gave Finland its famed education system. These public and universal services are seen as part of building a good society and not indigent programmes for the poor once the economy has grown.

There was a time when the prevailing ideology in the West was social solidarity and universalism to raise standards of living and build and strengthen social cohesion. China may not fulfil all of Marshall’s criteria for citizenship, but it reminds us that the government’s primary concern should be society, not just the economy.

Our preoccupation with the American system can often blind us to the options we have. Contrary to Fukuyama’s assessment, it was not Western liberalism that prevailed; it was in fact, pragmatism.

Some societies do not pretend that there is ideology and the truth; they embrace the notion that no policy solution is correct indefinitely.  Some societies still hold as their guiding idea the pursuit of a good life for all citizens.

The ANC has, for 27 years, prescribed employment as the solution to poverty and inequality. However, unemployment figures are now higher than they were in the early years of democracy. The inherited economy was by design one that creates a vast number of unskilled labour, driving down the price, but as this week’s statistics show, the mining and manufacturing economy is also gone.  What remains is an economy so dominated by the financial sector that any expectation of medium-term job growth is immorally unrealistic.

We must urgently accept that answers to the question of social rights do not, at least at this moment, lie with the market economy.