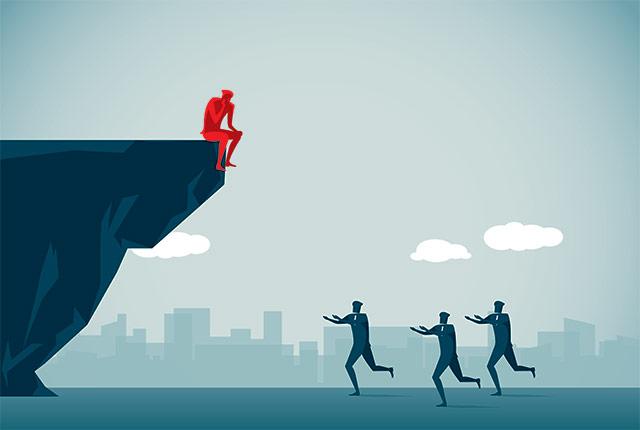 The ruthless plague of suicide, is one that we can no longer afford to tiptoe around and nervously whisper about in shallow intellectual debates and conversations filled with speculation and confusion. It can no longer be over-simplified and dismissed as a problem that rests on the deceased who were unable to express themselves or to rationalise their actions in the backdrop of their tragic absence.

This topic is complex and attention to it can no longer be limited to the temporary shock and horror of the most recent unfortunate event, only to swiftly be bypassed until the next high profile one arises and trends briefly in news cycles and on social media. It certainly can no longer be reserved for special specific days on the mental health calendar. This issue is beckoning our urgent attention and needs to be devoid of superficial tendencies towards toxic positivity, aimless rhetoric and denial.

Inquiring about the level of pain and desperation that would lead one to take their own life is a frequently posed question.  Such rhetorical questions often lead to intellectual commentary and speculation that only scratches the surface.

Understanding and rationalising the act of attempting to end one’s life is loaded with deep confusion, misguided guilt and is laced with agony for those who have journeyed life with the deceased.

It is a topic that is often deemed too bleak, unpleasant and ominous to confront but is unavoidable if it ever ambushes your social and personal path in any form. The statistics related to suicide are one death too many to still turn a blind eye using intellect and blind optimism.

Passing judgment and lacking empathy only alienates and forces those who struggle in their mental health to withdraw further into a coil of shame of their tormenting thoughts. Religious and moral abandonment on people who attempt suicide or struggle with suicidal ideations is short-sighted and compounds the stumbling blocks towards understanding a person’s lived struggle.

As someone who lives with a mental illness which makes the risk a tangible reality, I deem it important to address this uncomfortable topic openly despite it being triggering and murky in many ways.

Mental health struggles are rife and yet a high level of stigma still exists around the reality of struggling to cope with certain life challenges. Our society is grappling with what I describe as a resilience contest by a comparison game of who can carry the greatest load of struggle with the least amount of support.  To compound this, social media tries to conceal the existence of any form of struggle through the deceptive veil of pretence.

We need to boldly address the root causes of  the risk factors and things which threaten our mental health to effectively strive towards holistic wellness.

I believe that the best storyteller about mental health struggles is the one who is living with it because taking charge of our own narrative serves as a mirror and echo to our truth and becomes a lifeline for those who might be struggling to freely express themselves.

The topic of suicide is glaring yet a blind eye is often gravitated towards due to the discomfort surrounding this topic which remains taboo. It is a tragedy that is so loud yet it is muffled and muted by avoidance, lack of understanding and shame. Superficial opinions are serving nobody and are simply delaying what is an urgent critical conversation.

Suicide is not limited to constructs of social hierachy, race, gender or age. It is blind to social cues and is no respecter of persons. We have lost one life too many and treating this matter with the urgent attention and decisive intervention that it deserves is long overdue.

Samke J Ngcobo
Dr Samke J. Ngcobo is a medical doctor working toward the day when mental illness is treated with the same respect as physical illness.She is the founder of thenon-profit organisation Sisters For Mental Health and Vocal Mentality
Facebook
Twitter
WhatsApp
Linkedin