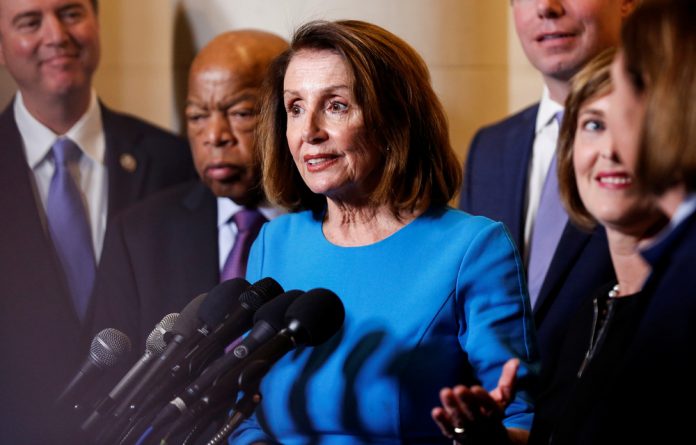 It is a maxim of political science: elections have consequences. The 2016 local government elections in South Africa saw the Democratic Alliance take the mayoralty of Tshwane. Within months of coming into office, mayor Solly Msimanga embarked on a trip to Taipei, the capital of Taiwan, setting off a potential diplomatic crisis that saw the national government quickly distance itself from the visit and even accuse Msimanga of treason. Nothing came of these rumblings, however.

This week, history repeated itself, albeit with different players and visibly higher stakes, when Nancy Pelosi, the speaker of the US House of Representatives, undertook a trip to the island, which is regarded by China as a province, but which functions as a country under the name “Republic of China”.

Taiwan’s ambiguous status, neither a province under Chinese control nor an independent state, is a remnant of the end of World War II and the subsequent Cold War. Scholars, as is their tendency, differ on the specifics but some facts are clear. After their successful expulsion of Japan from China in 1945, the Nationalists, who were in the government of the 1912-founded Republic of China, and the Communists, who were making territorial gains and were immensely popular among the Chinese peasantry, resumed their civil war.

That war ended in October 1949, with the Communist Party emerging victorious. Many Nationalists – estimates number them at between 900 000 and 1.1-million – evacuated to the island rather than be part of the newly declared communist People’s Republic of China (PRC). With American security allegiance, they were able to keep the mainland Chinese at bay. That still rings true today, with the US being the security guarantor of the island, even though it does not officially recognise it as an independent republic, having downgraded its status in 1979.

For a while, indeed decades, Taiwan was the sole representative of the entire people of China in many official countries and international organisations. It had the exclusive seat in the UN (General Assembly and Security Council). This changed in 1971, when Taiwan was effectively kicked out and the PRC replaced it (with considerable support from African states).

Eventually, the US came to recognise the PRC in 1979, seeing the international tide of countries recognising the PRC and taking advantage of the split between the Soviet Union and China. It also noticed the economic promise of the PRC, as the country was embarking on the reforms which led to it becoming the world’s factory and eventually the second largest economy in the world. Importantly, however, they maintained their guarantees to Taiwan. While the US would not play a mediating or meddling role in matters between China and Taiwan, it would maintain its security alliance and arms sales.

Pelosi’s visit this week, part of a wider tour of Asia, was the most recent in a decades-long history of controversial visits by officials on either side. The Taiwanese president Lee Teng-hui, for example, visited the United States in 1995 in the lead-up to the 1996 polls in which he was up for re-election. When the erstwhile president Bill Clinton would not host him, Lee forged ahead, stating that he was visiting his alma mater, Cornell University in New York. The following year, as Taiwan held its presidential elections, Beijing was showing a military posture, possibly to intimidate the Taiwanese electorate from voting for Lee. It had the opposite effect. Lee got 54% of the vote, with his closest contender getting only 21%.

Pelosi’s visit, too, precedes elections in the US and Taiwan, as well as a party congress in China. Leaders on all three sides will probably use the visit to shore up their power.

For China, it is an affront to their nation. The visit went ahead despite it expressing official disapproval. As President Xi Jinping heads to the 20th party congress, Pelosi’s visit lends credence to his policy of assertiveness at home and abroad. As activity on Chinese social media in response to the visit shows, Taiwan is a sensitive issue domestically. Not without reason, the people and the government of China will deem the visit to be a continuation of what is referred to as the “century of humiliation” in China.

For the US Democrats, the trip helps them take a page out of Donald Trump’s playbook and seem not “weak on China” ahead of the mid-term elections in which they stand to lose both houses of congress, bringing President Joe Biden’s agenda to a grinding halt. They need to look tough, given their response to the Russia-Ukraine War, deemed lacklustre by many. August also marks the one-year anniversary of the humiliating pace at which the Taliban took over Afghanistan last year.

For the governing Democratic Progressive Party in Taiwan, which is hoping to retain and grow its gains in the upcoming local elections, it was a risky strategy to play the official host. Two potential consequences await. On the one hand, it shows the Taiwanese people that Tsai Ing-wen is not afraid of standing up to Beijing – especially given the anti-China sentiment in many parts of the island after the Hong Kong protests and what is seen as the forceful reincorporation of Hong Kong.

On the other hand, it could make her appear to be a cause of instability. Because hers is the main party advocating for a declaration of independence – whereas others, particularly the Nationalist Party, are more favourable towards the status quo and perhaps even reunification in some form – the move was intended to play to her base and potentially strengthen it.

In addition to the usual military demonstrations and strongly-worded rhetoric, the most serious consequence of the visit so far is the Chinese announcement of sanctions on Taiwanese fruit producers and fisheries. Interestingly, the Taiwanese agricultural export profile is rather small. In fact, the island is a net importer of food. It is not an agricultural economy. Its bread and butter is high-end technologies, especially computer chips. Moreover, Chinese consumption of Taiwanese agricultural products was already in decline.

For an angry country, China has been rather measured in its response. It would almost appear as if all three regimes are engaged in a high-stakes “friendly match”, in which leaders on all sides manage to look strong by taking the situation not quite to the brink but coming very close to it. Almost no Asia watcher expected escalation to the level of a conflict, yet all three ruling regimes played to their bases and “winning coalitions”.

Even Liz Truss, the leading contender to become head of Britain’s Conservative Party in September, took a moment to weigh in with some strong words for Beijing. Such was the cynical optimism underlying Pelosi’s excursion. Indeed, elections do have consequences, and Taiwan has increasingly become a useful campaign backdrop.

Dr Bhaso Ndzendze is head of department and senior lecturer in the Department of Politics and International Relations at the University of Johannesburg and author of the book The Political Economy of Sino-South African Trade and Regional Competition. He writes in his personal capacity.