The Democratic Alliance has gone on the offensive in its bid to illustrate to the constitutional court why it would be breaching its mandate should it allow this year’s local government elections to be postponed.

Three parties have each contributed to the application by the Electoral Commission of South Africa (IEC) to have the apex court deem it constitutional to have the elections delayed for four months.

The IEC filed its application on 4 August, followed by the ANC and the DA on 11 August.

The ANC and the Inkatha Freedom Party have filed in favour of the IEC’s application while the DA and lobby group AfriForum each gave reasons why a postponement and deviation from the constitutional aligned schedule would be unlawful.

In its application, the DA charges that the IEC, the executive and parliament improperly sought to shift their constitutional responsibilities onto the constitutional court.

Werner Horn, the DA MP and member of the national party liaison committee, argued that the IEC has acted “tardily” and “without due expedition”. 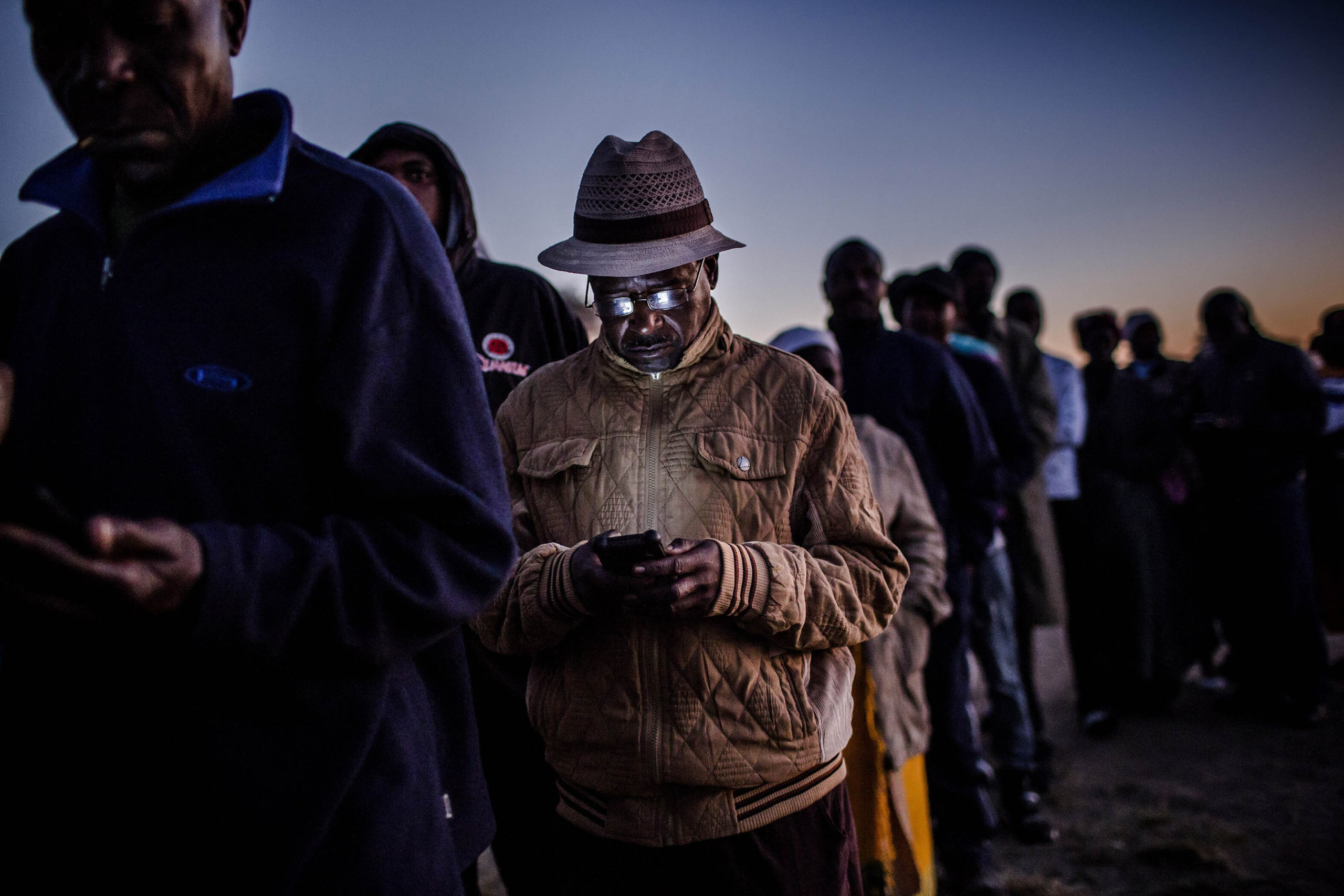 The DA’s court application argues that only the executive and parliament have the power to amend the Constitution coupled with the responsibility to exercise that power responsibly.

“The Constitution is supreme and binds the court,” he stated, adding that the IEC seeks not just to postponement but a suspension of a clear mandatory constitutional provision or an implicit amendment of section 159(2) of the Constitution to add provision “unless a court orders otherwise”.

“Requiring the court to determine when elections will be held is a threat to this court’s own independence and legitimacy,” Horn argued, telling the court that granting this relief will open up a Pandora’s box. Should the courts deem itself appropriate to derail from the Constitution, this will give the court limitless powers.

In an attempt to undermine reasons spelled out by the IEC for the postponement, the DA said the commission understates the importance of regular elections, adding that the 120-day delay is vital given that the majority of local governments are dysfunctional.

Horn said the auditor general’s latest report shows in stark terms the parlous state of local government. Tsakani Maluleke’s report exposed how many municipalities are on the brink of financial collapse because some municipalities are so poorly run that they do not even pay taxes.

In June the Mail & Guardian reported that Maluleke said there is significant doubt that the municipalities will continue operating as going concerns. The auditor general reported that municipalities have regressed, squandered money or not been able to account for or report on how billions of its expenditure budget of R719-billion in the 2019-20 financial year have been spent.

Horn said: “If elections are not regular there is a risk of political manipulation to delay until a more politically convenient time. It also insulates organs of state including constitutionally independent entities like IEC.”

The IEC approached the constitutional court after it announced in July that it had adopted a report by retired deputy chief justice Dikgang Moseneke that elections held on 27 October would not be free and fair.

Moseneke was commissioned by the IEC to investigate whether the elections would be free and fair if held in October, given the limitations posed by the Covid-19 pandemic, which would also affect election campaigns. He recommended that the vote be pushed back to February 2022. 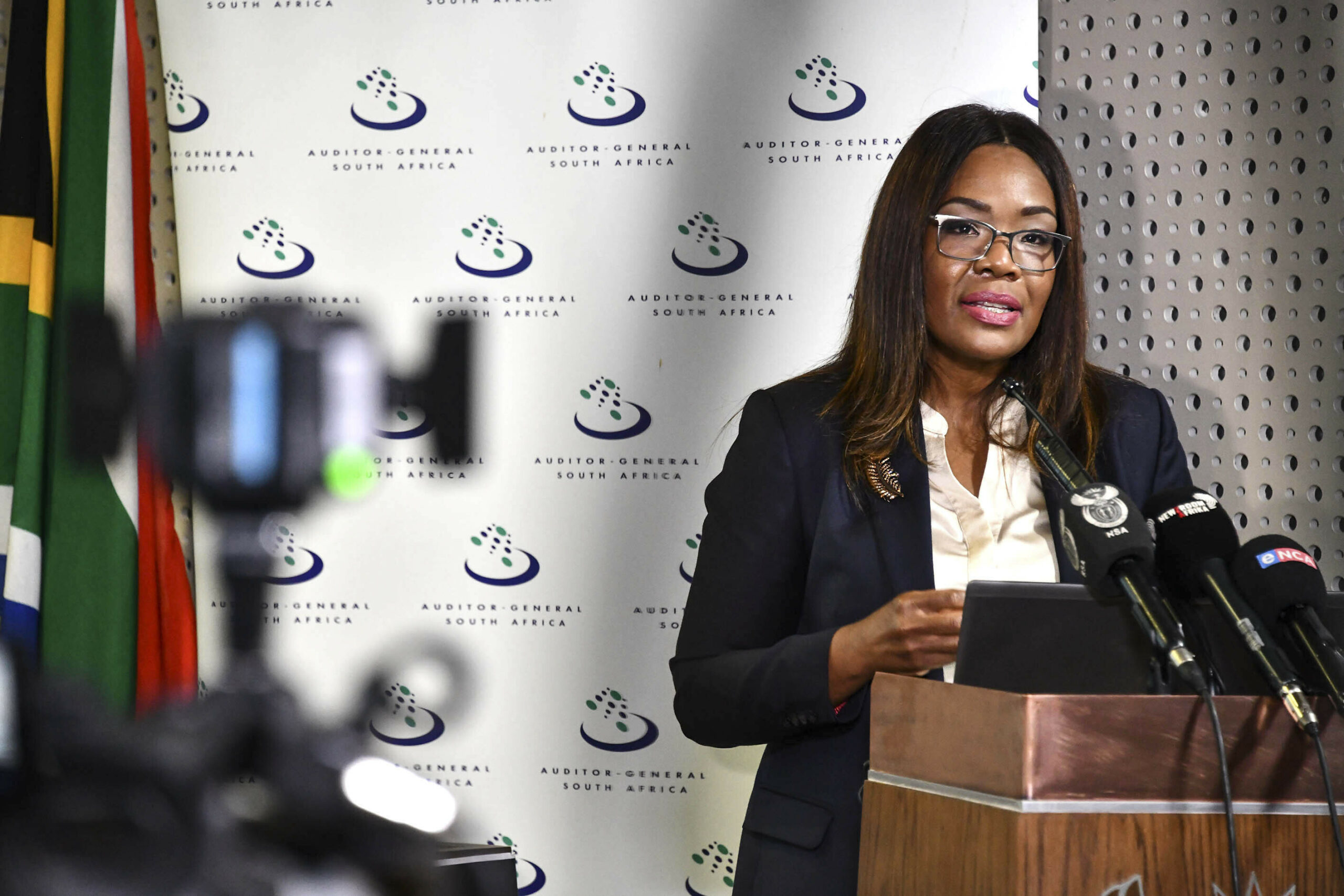 Moseneke’s report cited expert opinion from the country’s leading scientists and those specialising in epidemiology. The scientists also said the actual number of infections was probably three times higher than the official record. They said that October would be a period of lower infections but holding the elections then would result in a resurgence that the country would be unable to manage.

Horn said the scientific evidence relied on by Moseneke was, at best, “ambivalent and contradictory”.

Professor Salim Abdool Karim, the government’s chief adviser on the pandemic, who gave evidence to the Moseneke inquiry, opposed a postponement on epidemiological grounds, the DA said.

The DA also argued that comparative experience shows it is possible to hold free, fair and safe elections during a pandemic, citing the elections held in the United States.

Horn, who stated that the IEC did not consult the executive nor parliament, said Brazil’s parliament amended its Constitution postponing its elections and the United Kingdom and France opted to have emergency legislation passed.

The Constitutional Court will this week hear arguments from all parties.

In its application as amicus curiae, AfriForum questions why the IEC gave assurances that it was prepared for the elections when it appeared before the Moseneke inquiry.

“The commission repeatedly assured the Moseneke inquiry that it was ready to discharge its constitutional and legislative obligation to conduct general local government elections in October and that it was at an advanced stage of preparations,” said Morne Mostert.

He argued that the IEC and the Moseneke report had not considered the domino effect and ramifications of the postponement of the elections on new municipal councils in implementing provisions that have a direct effect on the performance of the mandate of councils and service delivery.

Mostert added that the Municipal Structures Act provides that the annual budget approval must include consultation with residents. The Municipal Finance Management Act also places obligations on the mayor — at least 10 months before the budget year — to table to the municipal council time schedules outlining key deadlines for preparation, tabling and approval of the annual budget

“Delay would make it virtually impossible for municipal councils to comply with processes and procedures in regard to community participation,” AfriForum argues.

ANC deputy secretary general Jessie Duarte, who agrees with the IEC that the elections should be postponed, argues that voter registration weekend is the most successful method by the IEC to enable most citizens to register to vote.

She said that up to three million voters visit registration stations and that the ANC spends two months mobilising people, identifying unregistered voters and assisting with identity documents.

Voter registration was initially scheduled for 16 and 17 July, but, because of stricter Covid regulations, it was postponed to 31 July and 1 August and was later cancelled.

“Conventional methods of registering people to vote have stood the test of time and recent experience demonstrates that they are most effective at encouraging people to register to vote,” Duarte argued, adding that the new online registration formula has produced poor results. The IEC received only 10 000 new registrations.

“Despite our best hopes, this should have come as no surprise. Online registration requires access to a smartphone or other device that can connect to the internet together with sufficient data. Data remains hugely expensive … Added to this, the new online system was extremely complicated,” she said.

Data supplied to the Mail & Guardian by the IEC shows that 48 428 users had used the platform between mid-July and the week ending 13 August. Earlier in August, the IEC said it had 17 964 successful online registrations, completing a final roll of 25.7-million registered voters.

Duarte also argued that the nomination of party lists is a mammoth and time-consuming task that requires the ANC to marshall all of its resources and time towards the selection of more than 10 000 candidates in 257 municipalities in a matter of weeks.

She added that this process has been at a standstill as a result of Covid-19 restrictions.

IFP president Velenkosini Hlabisa believes the elections should be postponed beyond the proposed February date.

He charged that until the infection rate is reduced, or a significant number of people have been vaccinated, the timetable for elections as proposed by the IEC needs to be revised to allow for an extended delay of the elections.

He added that the February date allows for municipal budgets to be tabled in April and approved before the start of the new financial year in July.

The IFP said it has no objection to the postponement extending to 26 May if there is no guarantee of infection minimisation.

The IFP has also suggested that the elections be held over three days to minimise the number of people being called upon to vote on a particular day.