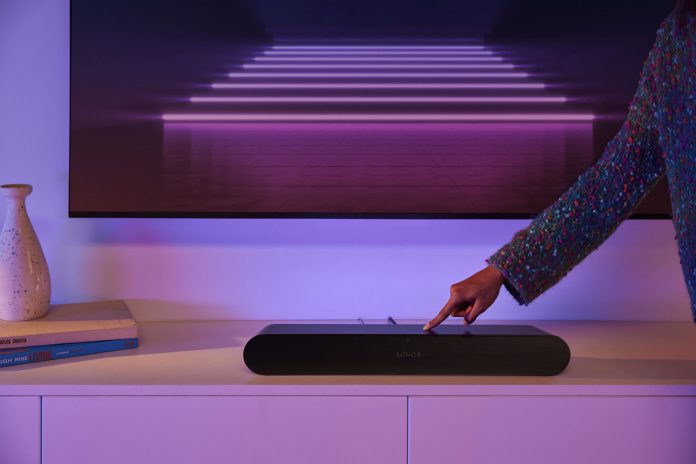 There are many levels to being an audiophile but at the very basic one, if you own a large flat screen 4K TV, its built-in speakers simply will not cut it.

You are going to need sound to match the picture quality, and this is usually when one would start shopping around for a soundbar.

If you have never owned one before, you may want to look at the new Sonos Ray. Regarded as a premium audio brand, its existing line-up of speakers don’t come cheap. Its newest soundbar is on the compact side, which expands on its current home theatre range.

The Sonos Ray bills itself as an all-in-one soundbar that will upgrade your TV, music, and gaming experience. That description is apt, falling somewhere mid-range; ideal for anyone new to this segment.

It is the smallest soundbar from the company, weighing 1.95kg with dimensions of 559x95x71mm, making it ideal if you have limited cabinet space. It is available in a matte finish, in black or white.

The Ray connects to WiFi on a 2.4GHz band and connects to a TV with an optical cable, which is included in the box. There is no HDMI or Bluetooth support, but there is an Ethernet port if you want to connect straight to your router.

The unit has capacitive controls on the soundbar to play, pause, skip, replay and adjust volume. It also has an infrared receiver to pair with an existing TV remote, i.e., it does not come with a physical remote; and works with Apple AirPlay 2 for devices running iOS 11.4 and higher.

On the technical side, it has four digital amplifiers, two tweeters, two mid-woofers, a bass reflex system, and adjustable equaliser (bass, treble, loudness). There are modes like night sound and speech enhancement.

The Ray has to be paired to a smartphone app to use, available on both iOS and Android. All users need to create a Sonos account to set-up the speaker and once in the app, you can label the soundbar accordingly, based on the room it is in.

Initially I saved it as “Living Room” when it was in there, but eventually moved it to my office and labelled it as such. Labelling is important if you have a bunch of other speakers on your network so you can easily stream to the correct speaker from third party apps like Spotify.

At set-up, you can use the Trueplay setting on the Sonos app, which uses software to measure the acoustics of the room and then fine-tunes the soundbar, but this is available on iOS only. It involves waving your smartphone around in circles from the central position you will be sitting or listening from.

I attempted the infrared pairing of the soundbar to my Samsung TV remote, but it took longer than expected so I cancelled it.

Supported audio formats include stereo PCM, Dolby Digital 5.1 and DTS Digital Surround — the Sonos app will display what type of audio is being decoded on the Now Playing screen.

The set-up is simple, you don’t need technical knowledge to do it but takes some time if you’re using an iOS device; it’s not just a “plug and play” solution.

It was amplified and clear but did not deliver the same rich experience from my Samsung that has a separate subwoofer, but it’s important to note that we are not comparing apples with apples.

I subsequently moved the soundbar into my office because it is more suited as an audio source for my phone and laptop, which easily connects over WiFi.

The soundbar volume is controlled on the app, which could be an annoyance if there is more than one person in the household who does not have the Sonos app. Walking up to the soundbar to use the physical controls is not practical if you’re lounging around.

The Sonos Ray delivers crisp sound, has multiple options on the app, but is not bass heavy. It is best suited for those who have never owned a soundbar, or as a secondary speaker in another room. Disappointingly, it does not support Google Chromecast or voice assistants.

While there are cheaper soundbars available, you are paying for the premium brand that is Sonos. The Ray costs R6 499.