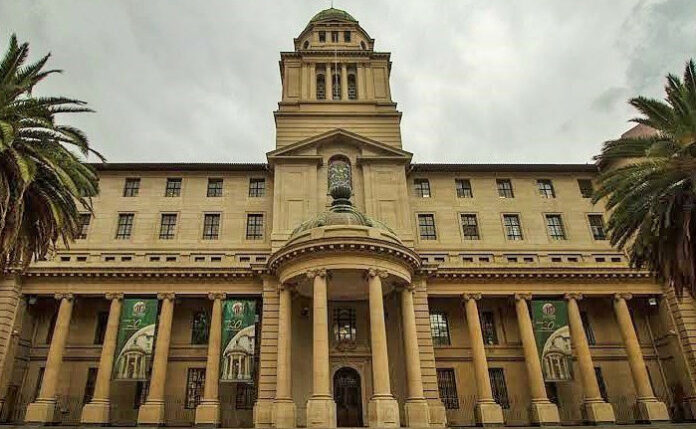 The second webinar was once again kicked off by Dr Anthony Malapane, who said that this is an important time as the local government elections are about to take place, and many people have questions about the election process. The webinar was co-hosted by the Gauteng Provincial Legislature (GPL), the Electoral Commission of South Africa (IEC) and the University of South Africa (Unisa).

Citizen participation is directly related to citizen power, especially when it comes to elections, such as the forthcoming local government elections. Youth turnout in previous elections has been very low, although they do join political parties and engage in debates, and studies show that they are interested in political processes. The question is then, what causes this voter apathy? Many do not even register to vote, although there is an indication that an additional 400 000 youths have registered for this local election.

Dr Olwethu Sipaku opened his presentation with a quote from George Orwell, who asked what is the use of the civil liberty of voting, when a man works for 12 hours a day, and his life is dictated by his employer? Governments represent the interests of the rich, not the poor. However, voting is one of the only ways ordinary people can negate the dominant ideas and discourses of the time and create change. Students must also participate in councils to learn how to work in such structures.

Eulenda Matshepo Mhambi, Municipal Outreach Co-ordinator for the IEC, outlined the five procedures at voting stations. She said there is a door controller who checks people are wearing masks, and that they have their correct ID. The next person scans your ID and checks that you are on the voters’ roll. At stop three, your left thumb is inked with a cotton bud; the voter must wait a few seconds until the ink dries. Then the voter proceeds to the person who issues ballot papers; two of these are issued, and they must be stamped on the back. Finally, the voter moves to the ballot booth, where you make your mark secretly, then fold the ballot, and place it in the ballot box, then exit.

Ketwa said voting was a cornerstone of the democracy we fought for. The youth make up a majority of the population, so being disaffected and not voting fundamentally affects the working of our democracy. To make changes, it is essential for young people to vote. Policies of the parties must be directed towards the youth, otherwise they feel disempowered and don’t turn out to vote. Protests have been met with authoritarian measures, but we must thank the FeesMustFall movement for what it achieved. The EFF is trying to sell dreams, and their policies are unrealistic; students must make informed choices and vote for the right party, which is definitely the ANC.

How can we get young people to vote, and are they interested in the current system, asked Malapane? Ketwa replied that material conditions force young people to not vote; you may register, but then feel that the political party you love does not represent the youth sufficiently. The choice of party to vote for must be done consciously, not with emotion, and the youth are often not well informed. The youth must be included in the political process. All the people in political parties who are over 60 must make way for younger people and resign.

Aigbekaen said young people don’t vote because they feel their issues are not taken seriously. The current ANC government has failed them, so trust must be placed in new political parties. The DA has proved its commitment to young people — young people are contesting for councillor positions — and their average age is 31. The DA creates jobs: just look at the figures in the Western Cape.

South Africa must take the youth seriously, said Aigbekaen. The IEC allowing people of 16 to register is a very progressive step. The youth formations of various parties must tell them what they want, such as young councillors. The youth have no say in the economic budget. The budget for students is a failure, for instance. Many young people just want to get a job, but it is impossible in the current economic climate.

Sekhonyane said democracy under the ANC has failed the youth, who cannot get jobs and then turn to crime, and who cannot afford the Eurocentric tertiary education offered to them. Unisa has 11 campuses and over 400 000 students, who are forced to live on R290 a month if they are funded by the National Student Financial Aid Scheme (NSFAS), which is less than the R350 social relief of distress grant. The DHET is mismanaged; the concept of “free education” is a dream. The EFF is the only party that represents us. The only way we can change this government that has failed the majority is if we stand up and unite to vote them out.

Mhambi said the increase in the number of youths who have registered to vote is due to the fact that teenagers of 16 are now able to vote. Many young people hear discouraging views about voting at home, which is why they don’t vote.

Aigbekaen said the youth are basically obliged to vote, as it is their patriotic right. We owe it to ourselves to convince our constituencies. “I encourage everyone to vote; put your “X” on 1 November!” The media has a huge role to play in this, especially social media; we must use these tools to communicate with the population in general.

Ketwa said although the youth is despondent, they cannot expect change to occur if they do note vote. The design of NSFAS is based on your passing; it used to be a loan, but because I passed, I don’t have to pay anything back, so free education does actually exist. The focus of the youth is on social media, so the IEC must ensure they have attractive messages on this medium. To do this, they must analyse current trends that the youth are interested in, what events they go to, what sport is enjoyed.

Chauke said the IEC should go to schools and tell children about the importance of voting from an early age. When they reach voting age, they will know the importance of this constitutional duty. The IEC must also go to the church, music events and sports fields, to spread awareness about voting. Young people are rejecting voting because no serious analysis has been done about what has gone wrong, and the youth distrust the voting process. This is not just a South African issue; the youth does not vote enough in other countries too.

Aigbekaen said the DA has a stigma of being a “white” party, but this is not true. It implements its policies, and has reduced the ANC-incurred debt in Tshwane. The NSFAS has failed our students, because it is captured by the ANC. It needs proper reform and restructuring. The youth wings of the political parties must speak to the youth of their constituencies.

Mhambi said she would put the points raised in this debate forward to the IEC, which has also appointed another seven municipal outreach co-ordinators in Tshwane.

Ketwa said in his closing remarks that this was a good platform to discuss these issues, and that more of these debates, which involve the youth, should be held. This should not just happen before the elections. Those who participate should be cautious and think carefully about what they say; but I must commend the discipline that everyone displayed.

Chauke thanked all concerned and said he looks forward to more such debates. We must remember the words of Steve Biko, who said black people must take control of our own affairs. The ANC strives to be better every day. “We urge all young people to take part in debates and in voting, to broaden and build our democracy.”

Aigbekaen thanked all concerned and encouraged the youth to go out and vote.

Even before the demise of this format of the game was predicted, the women’s team had little opportunity to experience and enjoy it

The field of such NGOs is crowded but who and what are they holding to account and who are they mollycoddling?

The Africa Energy Outlook 2022 report charts how the continent can get electricity to everyone by 2030.