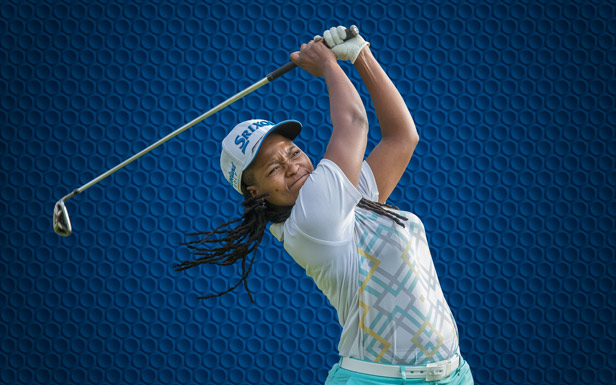 In recognition of the fundamental role that sport plays in driving social and economic development, Standard Bank is investing in various sporting initiatives this year, including the 2022 Women’s Pro-Am Golf series, which has been expanded to reach more areas across South Africa — with a large focus on growing the sport at a national level. In this year’s instalment of the series, the total prize money of the collective tournaments amounts to just over R5-million.

Standard Bank’s sponsorship of the Pro-Am series and development programme highlights the bank’s commitment to provide support, services and lifestyle experiences that go beyond banking by partnering with new players in the ecosystem to enrich people’s lives on a meaningful level, removing the basic “transactional” relationship.

“At Standard Bank, we believe that growth in women’s golf has evolved tremendously and already showcases some of the highest talent on offer in South Africa. This is a sport where commitment, perseverance and the right opportunities matter more than who is stronger or faster. We know that it should be about the quality of the golf. That is why we are backing South African women’s golf and giving them more platforms to succeed because we believe that: ‘Great golf, is great golf’ regardless of who is playing,” comments Schalk Kotze, Head of Affluent Clients at Standard Bank.

Creating greater openness in the game of golf

This year’s Pro-Am series will see tournaments played not only in Gauteng, but at golf clubs in KwaZulu-Natal, Western Cape, Eastern Cape and North West, which will empower talented professional and amateur female golfers by creating more opportunities for playing time, ultimately enabling them to hone their skills further.

Initiated by Lifestyle Golf in collaboration with the Women’s Professional Golf Association (WPGA), the series, which is now in its second year, will consist of eight tournaments to be played each month from May until December at prestigious golf clubs across the country, from Mount Edgecombe in KwaZulu-Natal to the St Francis Links in the Eastern Cape. The first three-day tournament will tee off on May 17 at Glendower Golf Club, with the final tournament of this year’s series, the Pro-Am Invitational, to be played at Randpark Golf Club.

More playing time over the year

Golf is one of the world’s most lucrative sports, with top participants in the men’s and women’s games among the highest paid sportspeople on the planet. It is with this view that there is a concerted effort to bolster the women’s golf circuit from the usual SA Women’s Open, which spans just three months per season. The addition of the Pro-Am series to the tour will now allow for a further six months (nine months in total) of competitive golf to be played throughout the year, which bodes well for women golfers looking to further refine their craft and make a name for themselves.

Kotze says: “The 2022 Women’s Pro-Am Golf series allows for the creation of professional opportunities because of more game time, which we hope will help in raising the competitive level of the sport on our local shores.”

Around 100 girls between the ages of eight and 16 will continue to benefit from the groundbreaking Standard Bank Young Golfers Clinic, which has also been expanded this year to extend its reach beyond Gauteng and to attain its vision of becoming a wide-reaching grassroots national programme.

Launched in 2021, the Standard Bank Golf Development Programme is aimed at growing women’s golf on all levels and creating opportunities for young women from disadvantaged areas to forge professional careers for themselves in the golf industry through the ability to play, coach and perform all aspects related to the business of golf.

“The mission and vision for these development programmes is to identify, nurture, up-skill, and support talented young women from start to finish in building a solid life skill foundation. We want to see these women realise their potential and in turn live full and successful lives in the industry or their chosen professions,” says Jenny Havenga from Lifestyle Golf.

The 2022 development programme has since begun ahead of the Pro-Am series on 9 April and is scheduled to run over three terms to accommodate the girls and their school calendars at Serengeti Golf & Wildlife Estate in Johannesburg and at schools in Orange Farm, East London and Durbanville. The programme covers four levels of abilities and learning and consists of fun activities, modified golf games and golf instructional clinics facilitated by WPGA coaches.

Last year, 15-year-old Tokollo Dhlamini from Orange Farm participated in the programme and was subsequently discovered in the search for candidates to play in the series. She did not have an existing coach and basically had little to no coaching in the two years she has played the game. Displaying great potential, Dhlamini participated at the Pro-Am Invitational event in October last year.

Kotze said: “As a financial institution, it is vital for us to enable growth, particularly among young girls within the sports arena. It is important to equip those who have a vested interest in sports and to empower them in learning and growing within that ambit. We are delighted to be the head sponsor of such an inspiring initiative and to be making a difference in the lives of young girls very early in their lives and careers.”

Kotze concluded: “As one of Africa’s largest banks by assets, we are proud to be able to bring this initiative to life. It is emerging as a powerful platform for broadening access and exposure to the game of golf, which will benefit our social and economic development.”