Brad Binder carried the South African flag to the summit of motorsport in a difficult year for all sports. In his first season racing in the MotoGP, he earned a respectable 11th place finish in the overall standings, but he wants to flourish in the 2021 season.

The KTM rider wants to be fighting for podium finishes every weekend and be among the top five MotoGP racers come the end of 2021.

But Binder knows that grappling with the best riders in the world means he will have to improve on his shortcomings.

“Last year, when things were not perfect, I tried to get that little bit extra and often went down. It’s one of the things I really want to improve on this year and, if I can, the championship will look much better.”

The 11th place finish may have felt underwhelming for Binder, but he was the highest placed debutant of 2020 and won the Brno grand-prix in the Czech Republic in only his third race in the MotoGP. 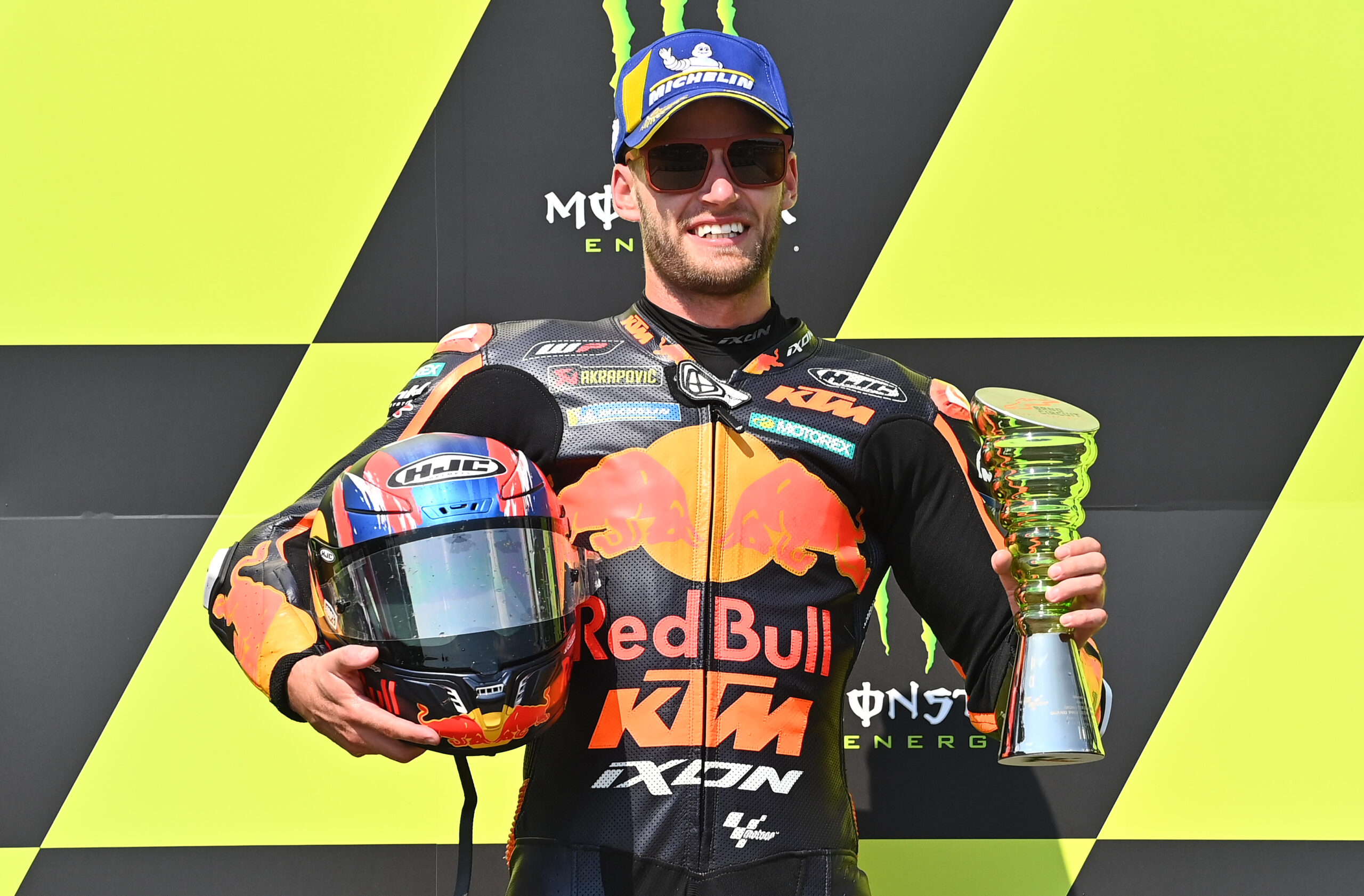 That mere taste of victory has opened up his appetite for more victories in 2021.

“The one main thing I learnt last season was when things are going well, the bike is moving well, then you really have to take advantage,” Binder says. “But there are going to be weekends when tyre plans are not working for your bike or the bike is not perfectly suited to the circuit and those days are when you really have to take the max out of them [the bike],” he adds.

Binder’s transition from Moto2 to MotoGP last year saw him line up alongside racing gods Valentino Rossi and Marc Marquez, which could have been an overwhelming psychological factor. But Binder did not feel that pressure and finished above Rossi in the overall standings.

“It’s strange, you know. As a motorcycle racer, you want to be in MotoGP one day and I’ve been watching guys like Valentino Rossi since I was a child. Since I was in nappies, he was in MotoGP, so it’s crazy to be racing alongside him.

“It’s so unbelievable to be racing next to those guys, but at the same time, when you are on the track your main goal is to try to win. You don’t really care who they are and what they’ve achieved; you just want to get past them and disappear.”

Ahead of the new season, KTM and Binder faced difficulties in Qatar. He crashed twice in the testing sessions at the beginning of March. He remained positive and felt he could “pull something out of the bag” on race day, which took place on Sunday. But the failure of KTM to adapt to the conditions in Barwa, Qatar, saw Binder start the season off with a 14th place finish.

It doesn’t get any easier for the South African — the MotoGP stays in Qatar for the Easter weekend, moving from Barwa to Doha for race two. If KTM and Binder can learn from the mistakes of race one, this race could be the beginning he needs to begin his conquest of the MotoGP.