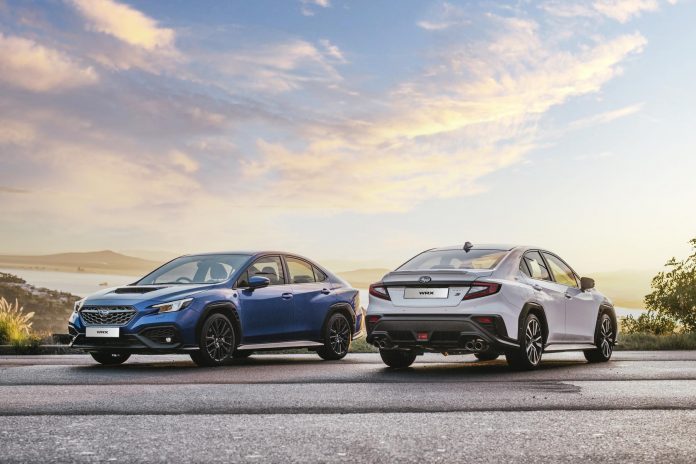 It was in March when Subaru announced that the next iteration of the WRX wouldn’t be getting the brutal STI treatment as electrification and strict emission regulations became more serious.

The good thing about the announcement was that the Japanese marque didn’t completely dismiss the idea of introducing the STI nameplate in the future, but as far as speculations go, it could resurrect it either as a hybrid or a fully-electric model.

With that said, the all-new solitary Subaru WRX model has finally landed in Mzansi featuring Subaru’s Dynamic X design philosophy. It’s available in six-speed manual and CVT guises, and has been made new, thanks to a height that’s been reduced by 10mm and an overall length increase of 75mm. The width has been increased by 30mm, which has resulted in improved interior space.

Outside, the new WRX boasts the signature bonnet scoop, which has become synonymous with the brand, as well as multi-functional LED, steering responsive headlights and a hexagonal front grille. The sides of the WRX feature garnishes with incorporated air outlets for better airflow.

Moving to the back, there are four exhaust tips, an integrated diffuser for improved airflow and a rear spoiler for rear-end stability.  As for the road contact patches, the WRX runs on 18” alloys shod with 245/40 tyres.

Other interior features include a multi-functional small-diameter, flat-bottomed, leather-wrapped steering wheel. There is also the brand’s eyesight driver assist systems, aluminium pedals, and steering-mounted shifters for the CVT variant. For improved comfort, safety and support, the seats have been reworked and are covered in soft-touch ultrasuede trim and now boast a three-stage heating plus whiplash-reducing structures.

Powering the new WRX is a new 2.4-litre four-cylinder turbocharged Boxer petrol engine; it produces 202kW and 350Nm of torque without any hybrid assistance — an increase of 5kW over the outgoing model.

Power is accessed through a six-speed manual or CVT Transmission that Subaru claims offers 50% quicker transitions than the outgoing model.

Offered as standard is the si-drive performance management system as well as the symmetrical AWD system.

Each Subaru WRX model is sold with a three-year/75 000km maintenance plan and a five-year/150 000km warranty.