I have interviewed Zambia’s new president twice, both times at the lowest ebbs of his political career.

The first time was by telephone, in the early hours of 11 April 2017. Hichilema was at his Lusaka home, but he was in trouble. The house was surrounded by heavily armed riot police, who wanted to arrest him. He had retreated with his wife and child into a panic room that had been installed for exactly this kind of situation. As we spoke, the police were trying to smoke them out, and Hichilema, increasingly panicked, described how tendrils of tear gas were creeping under the door frame.

“My wife is asthmatic and my child is asthmatic, they are fainting,” he said. “Our eyes are swollen from the toxic gas they have been pushing in here. We are injured, my family is injured. My workers around the homestead were tortured the whole night.”

He was not sure if he would make it out alive. “This guy is trying to kill me. This guy is a dictator, a full-blown dictator.” The “dictator” in question was, of course, the president at the time: Edgar Lungu.

After his lawyers raced to the scene to negotiate safe passage, Hichilema emerged from the panic room and was duly arrested on a trumped-up charge of treason, for allegedly obstructing the president’s motorcade at a cultural festival. He was denied bail, and spent 127 days in prison before the case was dismissed.

Shortly after he was released, I interviewed him a second time, this time in person at a hotel in Johannesburg, where he described the filthy, inhumane conditions in which he and other prisoners were kept.

“Our detention centres are death traps,” he said. “In a room like this, you have 200 inmates spending nights. So you really don’t go to sleep. You take a nap by sitting, and someone has their body inside your legs. There is very poor ventilation – something very simple to fix but it’s not there. Food, there’s no food. And when it’s there, it’s rotten beans, rotten kapenta [sardines]. Medical services are very poor; people go into prison and come out with diseases. During my stay we saw bodies being taken away, dead.”

Hichilema seemed unusually reserved for a politician, then, and tired. “There are times I feel like nobody is listening,” he said. The trauma of his time behind bars was still fresh, and he had already run for president – unsuccessfully – on five occasions. Did he have it in him to keep going?

Meanwhile, Lungu was taking full advantage of incumbency to consolidate his power. And one of Hichilema’s major financial backers confided, off the record, that they were considering switching their support to a younger, more vibrant candidate.

But Hichilema insisted he would run for president again – and that next time he would win.

On Tuesday, at the age of 59, Hakainde Hichilema was sworn in as the seventh elected president of the Republic of Zambia. His political persistence paid off, and now he’s won the ultimate prize.

Not that it gets any easier from here.

At the Heroes Stadium in Lusaka, he delivered a careful speech, urging citizens “to put aside our election-related and other differences and pull in one direction as a country”; and thanked Zambians for putting their “trust in a simple village boy” (although this simple village boy also happens to be the second-largest owner of cattle in the country).

His ascent to the top job is a chance for Zambia to arrest the worrying slide towards authoritarianism that occurred under Lungu.

Pilato, a prominent rapper and activist who was forced into exile under Lungu’s government, said that he cried when Hichilema became president. “It felt like it was independence day,” he told The Continent. “It took so long, seven years of living in fear, of not knowing who to trust, where it was safe for us to go. And then that thing is no longer there.”

Hichilema beat Lungu by more than a million votes – a margin so decisive that Lungu had no choice but to accept defeat.

“These guys were bad at everything, even rigging,” laughed Laura Miti, the executive director for the Alliance for Community Action, a civil society organisation that played a major role in both mobilising and protecting the vote.

Miti first met Hichilema in the mid-2000s, when she went to his house to tell him she would not vote for him. “I told him to convince me. And he did. He understood his challenges, he understood the difficulties of the opposition, he could explain his steps.” 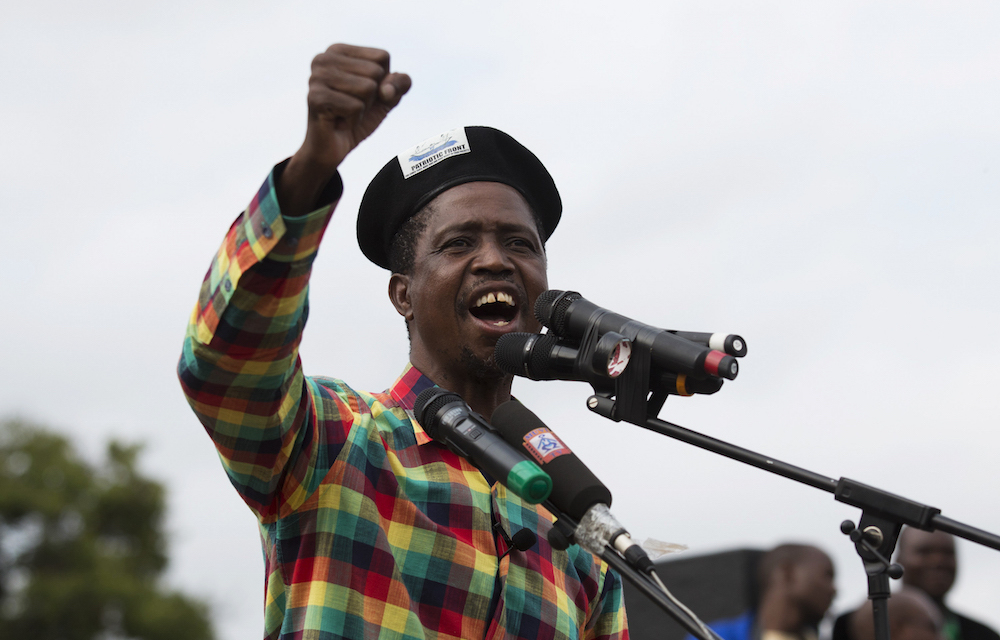 But Lungu, who came to power in 2015 following the death in office of president Michael Sata, presented the opposition with a new set of challenges. Under his administration, opposition leaders and activists were locked up, independent media silenced, and the judiciary was hollowed out.

Lungu empowered thuggish ruling party cadres who became infamous for beating up and extorting ordinary citizens, and he tried to rewrite the constitution to concentrate power in the presidency.

Ironically, Lungu’s brazen attempts to retain power may have been why he lost it. All the violence and threats were very un-Zambian, said Miti, which is partly why voters turned out en masse to reject his Patriotic Front (PF) in favour of Hichilema’s United Party for National Development (UPND). Turnout was reportedly in excess of 70%.

Now it is up to Hichilema to fix Lungu’s mess – and deliver on all those election promises. “I am hopeful about him, but not half as hopeful about the party he leads,” explained Miti. “I think the UPND is the mirror image of PF. Its formative years were very much under the influence of PF, so it learned some very bad habits. It has its own set of cadres, and its own set of people who imagine that power is a means of gaining personal wealth. So he’s going to have his work cut out for him, managing expectations within his own party and at the same time fixing a broken society.”