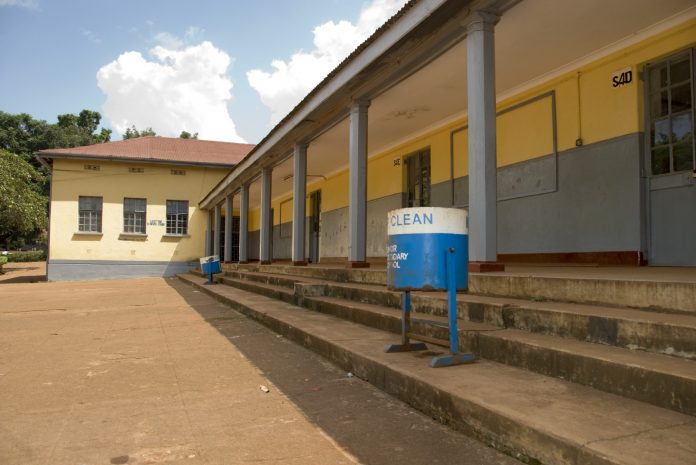 When young Cornelius Kpateewiizi was assessed as deficient in literacy at third grade level, he was signed up for lessons in which he was taught to read and write in Vagla, his mother tongue.

“Our teachers always said that if you know how to read in Vagla, it will be easier for you to learn English,” he recalls. Now 17, Kpateewiizi believes that may have saved his education.

His opinion is consistent with the research that informed Ghana’s 2009 introduction of the National Literacy Acceleration Programme, a curriculum in which pupils learn to read in a Ghanaian language from kindergarten to grade three.

At the time, an assessment showed that with English-first instruction, at grade six, just over a quarter of pupils had minimal literacy.

But the programme has been bedevilled with complexity. The government programme supports instruction in only 11 of Ghana’s 45 local languages. Kpateewiizi’s Vagla is not one of them.

The Vagla literacy classes Kpateewiizi was enrolled in were thanks to a programme run by the Ghana Institute of Language, Linguistics and Bible Translation. This meant children in places such as Soma, Kpateewiizi’s hometown in northern Ghana, were burdened with learning Ghanaian languages that were foreign to them.

Rose Anabiolia Adzuik, a retired educator who tried hard to champion mother-tongue literacy is worried that her own language, Buli, may not endure long enough in its pure form to become a language of instruction.

“Many children cannot even speak the Buli. They cannot even open the book and say a word out of it,” says Adzuik. “Our language is just dying off.”

In her view, it does not help that parents seem to devalue the local languages.

“They feel that if the child is rattling English, the teacher is teaching well. But what of your own language?”

But for many such parents, English isn’t a happy choice but a compromise, especially if they live in heterogeneous urban areas.

Kwabena Afrifa, a parent in the capital Accra who is now thinking of a school for his young daughter, calls mother tongue literacy “a perfect idea — on paper” but worries it may cause ethnic friction.

The average class in a school in Accra could have upwards of five ethnic groups represented but this would not be matched by the instruction languages on offer: Akan (Twi) and Ga, the language of Accra natives.

“It is why I have come to accept that perhaps a more neutral language, which is English, is best,” says Afrifa, even though Twi, his mother tongue, is most widely spoken around Accra. “How do we implement a local language in our educational system without making some people feel like they are being sidelined?”

Claudia Duedu, a research fellow with Africa Education Watch, a think-tank in Accra, agrees that the half-measure implementation is fraught. “We are so diverse as a people, and we cannot punish children by denying them the right to learn their own language while imposing other languages on them.”

Nonetheless, Duedu thinks the local language centric curriculum is still worth it and should not be abandoned. She stresses that more teachers should be incentivised to learn as many of the local languages as possible.

“No matter how well we frame a policy, without the trained professionals to handle it, we will still have a challenge with the implementation.”