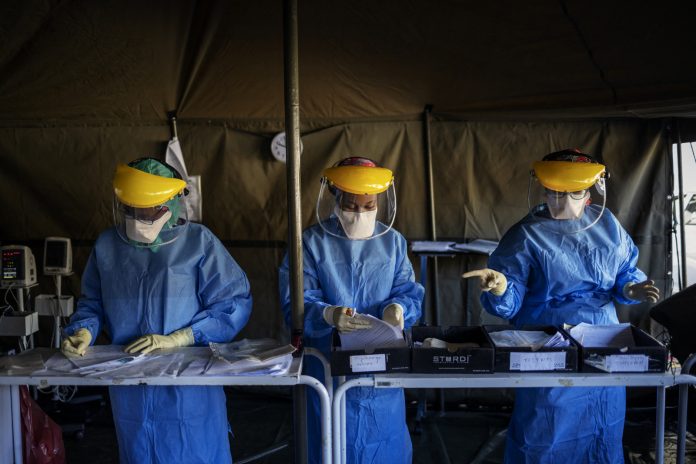 There are two paths to reforming healthcare provision in South Africa. The first is for the government to take over all healthcare services, ending with a taxpayer-funded, state-owned, national health system, which is the apparent aim of the National Health Insurance (NHI) scheme.

Notwithstanding the government’s good intentions, experience around the world tells us that all national health systems fail to meet the needs of citizens, as “free healthcare” invites unlimited demand, which cannot be met with limited resources. Prominent examples are the national health systems of Canada and the United Kingdom.

The availability of medicines is restricted to those on the government’s formally approved list of treatments. This leads to the politicisation of healthcare, with political parties forever promising that healthcare will be better, if only they were in power.

The question is how South Africa, a middle-income country, will be able to implement a system that some of the wealthiest countries have for decades tried in vain to make succeed.

There is another path, which is for the government to create a healthcare environment in which private healthcare provision grows rapidly, serving an increasing percentage of the population, to the point where the private sector provides all health services.

The aim would be to maximise the role of the private health sector, and for the government to relieve itself of the liability of providing health care.

This route requires the government to abandon its role in healthcare provision and to instead purchase care for the poor from private providers of their choice. This can be done by funding the needy directly through vouchers, smart cards, or contributions on their behalf to competing medical aid funds.

This option will work as, instead of trying to reform the failed public health system, reform of the healthcare system will build on the proven quality and efficiency of South Africa’s private health sector.

Whichever path is chosen, one aspect remains the same: all the funding will be from private sources, firstly through taxes, and secondly through contributions to voluntary medical aid or insurance schemes and voluntary out-of-pocket payments.

Citizens have the right to expect that the taxes they pay to fund the healthcare of the poor are used in a cost effective, efficient, and fair manner. They can rightly demand that government health policy ensures the continued growth and development of private health care.

To enable the private health sector to step up to the challenge, the government must stop micromanaging private healthcare provision, encourage those who can afford to pay for their own health care to do so, and encourage the development of health-care insurance products for the emerging market.

Healthcare reform must include reducing healthcare costs by removing regulations that increase costs or prevent the provision of care, including scrapping all requirements for certificates of need, price controls, compulsory community service, registration requirements for medicines already approved in the European Union, the United States, Canada, Australia and New Zealand, and such other countries that meet certain defined standards.

Range of quality choices for the poor

The main beneficiaries of this reform programme will be the poor, who would be given a range of quality healthcare choices. Taxpayers will see more efficient use of taxpayer funds and have certainty that tax money earmarked for funding health care reaches the poor directly, so that they would get more, and better health care compared to the current public health system.

If the government’s healthcare plans continue in the direction of nationalisation, South Africa will lose its world-class private healthcare firms, and doctors, specialists and nurses will continue to emigrate. Patients will lose the freedom to choose their own healthcare, which is a vital personal service.

By taking the alternative path, the government will create an environment for a thriving, growing, healthcare sector that would be the envy of the developing and the developed world.

Johan Biermann is the author of South Africa’s Health Care Under Threat and Undermining Mineral Rights, an International Comparison, both published by the Free Market Foundation. The views expressed in the article are the author’s and not necessarily shared by the members of the foundation.

Johan Biermann
Johan Biermann is the author of South Africa’s Health Care Under Threat and Undermining Mineral Rights, an International Comparison, both published by the Free Market Foundation. The views expressed in the article are the author’s and not necessarily shared by the members of the foundation.
Facebook
Twitter
WhatsApp
Linkedin