Trade Union federation Cosatu has asked ANC president Jacob Zuma to add two more of its leaders to his Cabinet to strengthen the left’s influence in government.

Cosatu wants Zuma to include the general secretaries of its transport union (Satawu) and textile union (Sactwu), Randall Howard and Ebrahim Patel respectively, as ministers.

Three leaders of Cosatu or its affiliates are also expected to be sworn in as MPs next week: the general secretary of the education union Sadtu, Thulas Nxesi; the president of the health union Nehawu, Noluthando Mayende-Sibiya; and the federation’s treasurer, Alina Rantsolase.

Ebrahim Patel National Union of Mineworkers’ deputy president Crosby Moni, who was on the ANC list, did not make the cut.

Although Howard and Patel are not on the ANC’s candidate list for parliamentary seats Cosatu believes Zuma could still appoint them to his Cabinet under a constitutional provision that allows the president to appoint ministers from outside political parties.

In an interview with the Mail & Guardian this week Cosatu president Sdumo Dlamini said Cosatu was concerned about the ANC’s ”deliberate attempt” to exclude Cosatu leaders from key government positions — particularly at provincial level.

Dlamini said that, although the consultation process at the national level had been better than it was during Thabo Mbeki’s era Cosatu was concerned about the extent to which it was represented in Zuma’s administration. If not addressed, said Dlamini, this would minimise the role of the left in Parliament and the government.

”The broader support of the ANC is the working class. It is crucial that we have a sizeable number of worker leaders within the ANC,” he said.

”If we want to be assured of decent work [in line with the ANC’s 2007 conference resolutions] we must have unionists who will assist the ANC to champion the workers’ agenda.” Dlamini also said Cosatu has proposed to the ANC that its leaders be given Cabinet positions in strategic departments that are central to job creation. 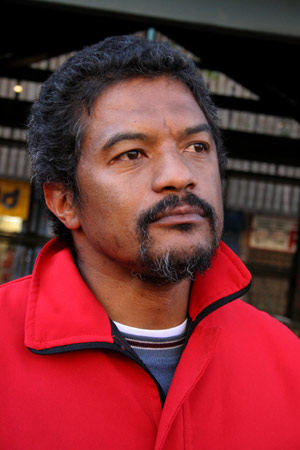 Randall Howard He stated that, although Cosatu respected the ANC’s internal processes, he did not expect Zuma to keep its leaders on the back benches. ”It would not make sense to deploy the president of one of Cosatu’s biggest unions as a backbencher,” he said.

”Poor people have had hard times under the Gear [Growth, Employment and Redistribution] policy. Polokwane was a victory against Gear and there is no going back,” Ehrenreich said.

”We expect the incoming government to implement Polokwane resolutions to create work for the poor.”