Indie publisher Electric Book Works promises that if you’ve never wanted to read a book on screen before, the ebook version of Lauren Beukes’ novel Moxyland will change your mind.
It’s got scalable pages for easy reading, embedded music controllers, suggested tracks and electronic bookmarks. Not to mention the toy available on Moxyland.com. But if that’s not enough to get you e-reading, you should know that Moxyland garnered acclaim from none other than Andre Brink and is set to be published internationally by Angry Robot/ HarperCollins.
Beukes’ previous book, Maverick: Extraordinary Women from South Africa’s Past was nominated for the Sunday Times Alan Paton Award. Beukes also writes animated TV shows, short stories and columns. Her work with animation studio Clockwork Zoo has brought new shows to South African TV, particularly Urbo: The Adventures of Pax Africa, which has had a profound effect on South African animation. — Eamon Allan 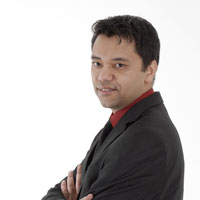 Often seen on SABC’s 3talk and as an occasional guest on Special Assignment Ramon Thomas is best described as a researcher with an uncanny knack for spotting global trends and translating them into meaningful insights in South Africa.
Thomas focuses his time and energy researching the psychological and emotional impact of technology on people’s lives. He believes it a complete misnomer that technology makes lives easier and that the pervasive nature of new products on to the market adds several complexities that creates social anomalies.
The largest impact he promotes is the strong link between a person’s increased dependence on technology and their subsequent desensitisation when it comes to human interaction. Thomas believes that there is a fine line between being alienated or liberated by technology. He’s no technophobe but does advocate strongly for moderation. — Jane Steinacker 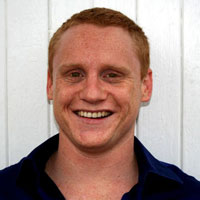 Tired of being a pizza delivery guy and a waiter, Rob Stoke wanted to make some extra cash to fund his wild student ways. Ten years down the line, the business he created to earn extra money, Quirk eMarketing, is a complete online marketing consultancy that offers everything from e-mail and viral marketing to search engine optimisation.
In those early years Stoke would probably have made more money waiting tables and delivering pizza, but now is reaping the benefits of his years of hard slog.
Stoke’s business started small and with its focus on simply “doing a good job”, which he believes is a trait often overlooked by businesses such as Telkom. He started with servicing small tourism businesses, and soon he was ready to approach SA Tourism, an account he won. Now his professional portfolio includes BMW, FNB, Sun International and none other than the search engine market leader, Google. — Jane Steinacker 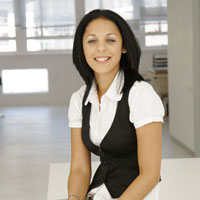 From the time Shana Kassiem started helping out at her uncle’s technology company in high school, she was hooked. It marked the beginning of her lifelong love affair with technology.
Kassiem has worked a range of jobs in this space including web design and development, programming and project management. Her most recent position as chief executive of Maxxor software — a software services company based in Cape Town — is testament to how, when this 31-year-old sets her mind on something, she will not give up until she succeeds. A self-confessed “techno-chick” she can be tracked at any time on one of her three blogs or other social networking sites such as Twitter, Plaxo and LinkedIn. — Jane Steinacker 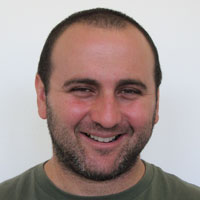 Even T-shirts are getting democratic. Every week, T-shirt designs go head-to-head and are voted for by the public on the Springleap.com website.
Started up by Eric Edelstein, Springleap was created to provide a platform for young designers to gain exposure and credibility for their work. The winning design earns its creator a R7 000 prize — half in cash, the other in T-shirts. But if you are looking for the boring T-shirts churned out by mall shops, don’t bother logging on. All these looks are seriously original.
Edelstein is a serial entrepreneur who has headed up many successful businesses. Incubator, a former venture, was bought by Mark Shuttleworth’s investment company. Springleap.com employs 10 bright young minds that Edelstein has been mentoring. — Eamon Allan

Lunch spot: Any of the awesome spots in Woodstock less than four minutes walk from my office 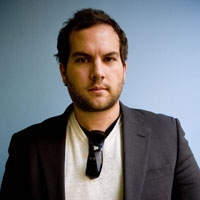 Vincent Hoffman has a half-completed master’s degree in sociology from the University of KwaZulu-Natal sitting on his desk and a year of full-time drinking and part-time studying in Grahamstown behind him. But it’s his obsession with the development of local music that has led to his success. His genre: heavy metal.
As a researcher at a qualitative research company, Submarine, Hoffman has made his mark by creating online research communities.
For Submarine’s biggest client, cellphone giant MTN, Hoffman has been a running online research groups focusing on his true love. The results have been overwhelming. Hoffmans’ communities have given MTN a direct link to its consumers who are responding with suggestions on how MTN can credibly work with local musicians.
A self-described über-nerd, it’s not unusual to have Hoffman at his desk at 7am on a Monday morning at his offices in the old banking district in Joburg’s CBD. — Jane Steinacker 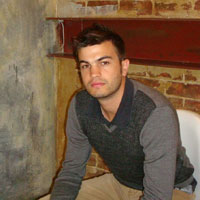 To be described as a visionary, a marketing genius and a Web 2.0 guru at 24 is quite impressive, but then Charl Norman did start young. He launched his first website while still in high school.
Now, at 24, he heads Blueworld Communities (BWCOM) and has nine years experience in online publishing. BWCOM, which Charl co-founded, was acquired by Media24 in 2008. It owns leading social networks in South Africa such as Zoopedup.com and Blueworld.co.za.
Norman was a runner-up for the ICT Young Entrepreneur of Africa 2008 and nominated for the Top 30 entrepreneurs under 30 in South Africa. He is also a guest lecturer at the University of Cape Town’s Graduate School of Business. He’s an avid blogger and a public speaker on internet strategy. — Qudsiya Karrim 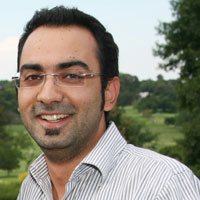 From the get go, it’s obvious that Nic Haralambous is deeply in love with multimedia. The 24-year old attributes his preference for online over print media to his view of the internet as the more “democratic communication” medium.
Proactive is probably the best word to describe him. “Don’t bitch and moan, give solutions,” he says. It appears to be his mantra.
After hearing a speech by Bob Geldof on television in 2005, he booked a ticket to Edinburgh for the next day, where he rocked up with his film camera to photograph the G8 summit and he was beaten by riot police.
Haralambous has written and shot for the Sunday Times, designed websites for Financial Mail and managed blogspots for the Mail & Guardian. He also started up the website SA Rocks and recently moved from general manager of the social media website, Zoopy, to Vodacom. — Ilham Rawoot 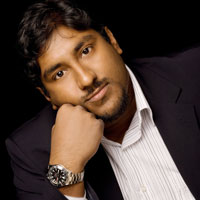 Armed with a BComm from the University of Cape Town and an honours degree in e-commerce from the University of South Africa, Vinny Lingham set out to conquer the world. And for the most part he has succeeded.
When it comes to internet marketing, internet strategy and search engine marketing Lingham is the guy to call. With offices in Cape Town, Johannesburg, London and Los Angeles for his recent venture Yola (formerly known as Synthasite) he’s making waves as never seen before. His passion for entrepreneurship and growing business has left him with no less than eight top awards under his belt including the CJ Horizon Award for innovation 2004, Horizon award for global vision 2006, Top ICT Young Entrepreneur in Africa 2006 and the Business Day’s Technology Top 100 winner for most promising emerging enterprise 2005. — Jane Steinacker 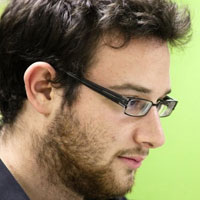 Saul Kropman’s only formal employment was as an intern at L’Oreal for two months launching a shampoo, which, he says is the hardest thing he has ever done. Kropman believes that digital marketing is in and traditional marketers need to see the light.
His weekly podcast The Digital Edge (www.thedigitaledge.co.za) promotes just that. The show airs all topics relating to the digital age from the marketing of political parties to mobile marketing. Kropman is also the mastermind behind www.firststep.co.za a youth portal that helps the youth ask questions and gets the people in the know to answer them. Addicted to writing and blogging whenever and wherever possible, this 24-year-old is determined to make his mark. He’s already secured considerable airtime in mainstream media including 5fm, Classicfm, SABC3’s Lunchbox and Morning Live. — Jane Steinacker