President Jacob Zuma has overhauled the presidency’s spin team, bringing in a senior core of communicators who were outside government before he took over.

As head of communications Mona is ultimately responsible for the media strategy in both the president’s and deputy president’s office. Steyn has an operational role, that of implementing the strategy.

Zingaphi Jakuja, who previously worked in the Minerals and Energy Department, is director of communications.

The overhaul sees the departure of the former team of Thabang Chiloane, Denzel Taylor and Thabo Masebe, while Mukoni Ratshitanga left last year.

Kaunda has been hired as head of Zuma’s private office, although the communicators often consult her on their work.

Kodwa has chosen to speak for Zuma at Luthuli House, as part of a plan to ensure that Zuma does not neglect his ANC responsibilities.

Vusi Mona
Mona has not previously held such a senior position, but endeared himself to the supporters of Zuma and simultaneously earned the ire of journalists when he disclosed the contents of an off-the-record briefing by former director of public prosecutions Bulelani Ngcuka.

As editor of City Press, he published a story by Ranjeni Munusamy, suggesting Ngcuka had been an apartheid spy, which had been rejected by Munusamy’s employers at the Sunday Times.

The report was later trashed by the Hefer Commission, which also said that Mona’s credibility had been reduced to nil.

He was part of the Rhema Church management that invited Zuma to speak at the church just before the elections.

As he lacks a background in government communication, as well as in the ANC, critics will be watching his performance closely. 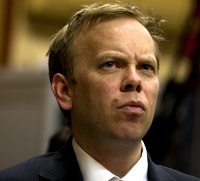 Steyn Speed
Speed is a long-serving ANC communicator, joining its information and publicity department in 1993. He has since worked for the party in various roles, as editor of the ANC magazine, Mayibuye, party spokesperson and a coordinator of the secretary general’s office during Kgalema Motlanthe’s tenure.

He is well respected among journalists for his professionalism and cooperation. With a quiet, unobtrusive manner, Speed is a classic behind-the-scenes man who never gives anything away in interviews with journalists.

He is a former student activist from Rhodes University who was in the leadership of the South African Student Press Union. 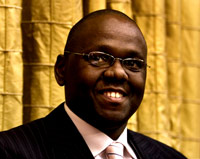 Vincent Magwenya
Few people in government and the ANC had heard of Vincent Magwenya before he was announced as Zuma’s acting spokesperson in June. Magwenya has been a journalist since 1993, when he covered former president Nelson Mandela’s first presidential campaign and the political unrest that took place at the time for Reuters Television News.

He has worked as a producer, technician, video producer, radio correspondent and reporter, serving a number of international news agencies, including Reuters, Worldwide Television News and the Australian Broadcasting Corporation.

For the past three years he has worked for a PR company, Magna Carta Public Relations.

A graduate of Durban University of Technology, Magwenya concedes that he does not have a strong political background, something that past presidential spokespeople such as Bheki Khumalo, Thabo Masebe and the late Parks Mankahlana possessed in abundance.

‘I can’t really say I have been involved in politics, except for a short period of student politics involvement on campus through the South African Students’ Congress,” he said. ‘Recently, certain events in the country [inspired] my desire to move from the sidelines and get involved. I have always been a keen observer of politics here, on the continent and around the world.” 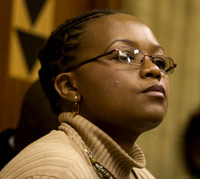 Zingaphi Jakuja
Jakujawas a spokesperson in the office of Zola Skweyiya, the former social development minister. She is a strict bureaucrat who insists that journalists arrive well before press briefings begin and is generally tough on process and protocol.

‘I am a process and systems person because we need a way to make sure that we are efficient in serving this office and the media,” she said this week.

Jakuja is a journalism graduate of the Port Elizabeth Technikon. She worked for the SABC as a current affairs producer and for the The Herald in the Eastern Cape, before joining the Government Communication and Information System in 2005. — Additional reporting by Mandy Rossouw