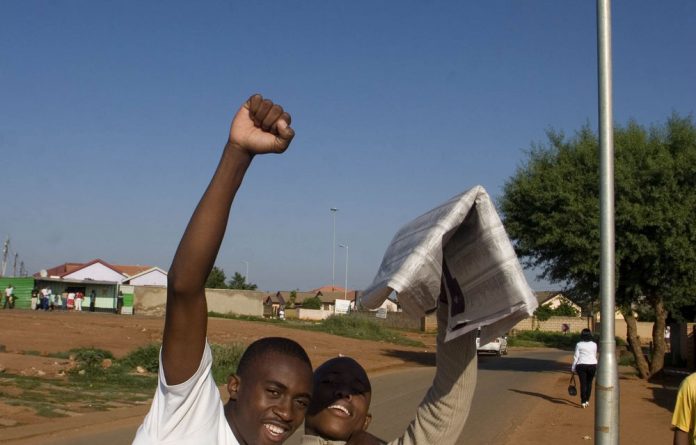 Plummeting confidence in the value of the matric exam will shortly lead to universities introducing their own assessments that will nullify the state’s premier public examination.

Recurring exam security problems in Mpumalanga that led to 11th-hour uncertainty about whether the province’s results would be released with the rest of the country’s on Thursday constitute only one of a raft of problems fuelling scepticism about the standards and value of the matric exam.

Compounding the disenchantment with matric, the late release of the results, combined with universities’ need to adjust their calendars because of the 2010 Fifa World Cup, now gives the universities an almost impossible logistical task in processing applications from would-be students in time for the start of lectures.

“In three to four years South Africa will have a system that will nullify the matric exam, as universities are no longer confident in the department of education exams,” a senior academic and administrator at a top university told the Mail & Guardian. “The exam has become devalued and Umalusi [the Education Department’s quality watchdog] massages results.”

Since 2005 seven universities have participated in developing so-called “national benchmark tests” to assess prospective students’ proficiency in literacy and numeracy.

“Most institutions get first years to write benchmark tests to show up their weaknesses and strengths and abilities,” the senior academic said. “Implicitly, benchmark tests are a codeword for admissions. The fact that we’re having them suggests that there is no credibility in the matric exam.

“With the Department of Education and Umalusi fiddling with the marks, they force universities to compensate. Now universities are spending money on tests.”

The new national senior certificate (NSC) exam, introduced in 2008, produced an unusually high number of matriculants who qualified for university admission, while the mathematics exams were deemed too easy. Universities experienced an influx of first-year students and several complained of higher-than-normal failure rates, particularly in maths.

Universities have had to employ more tutors to assist these students.

Another academic, who teaches mathematical statistics, described his 2009 first-year students as the “worst lot in the 20 years of my teaching major mathematical statistics. They arrived minus the skills — inductive, deductive and problem solving. They were like birds with broken wings flying into the gale.” He had 191 students in his class and 45 dropped out; the university could not find people from the industry to assist the remaining 146 as tutors.

Nelson Mandela Metropolitan University spokesperson Debbie Derry said the institution had raised the majority of its entry-level requirements for study in 2010, as its research showed that the standard of the first NSC examination appeared to be lower than the university had anticipated.

The University of the Witwatersrand, where first-year students have to write benchmark tests, said this week that due to the resource pressure it experienced last year it has increased the number of points required for automatic admission in 2010, which will reduce the number of automatic offers made.

Registrar Derek Swemmer said the “very large number of students that gained entry in 2009 included a significant number who were ill-prepared for university study. There were also many students who, through the new curriculum, were better prepared for higher education.

“However, the former group included some who struggled throughout the year. It is still to be determined precisely how many students will be required to return to the first year of study — The trend seems to be that there are more students, particularly in the mathematical and pure science disciplines, who will repeat first year, and probably a few more that will drop out of university.”

The University of Pretoria experienced a drop of approximately 6% in the pass rate of first-year students in 2009 and a small number of first years will write benchmark tests in the next few days.

Martin Prew, director of the Centre for Education Policy Development, said that what this year’s results say overall about teaching and the education system is that “it is deeply worrying”. He said provinces that experienced management problems such as the Northern Cape, where the contract of superintendent general Edcent Williams was not renewed, showed a dramatic drop in results, from 72,7% in 2008 to 61,3% in 2009.

University authorities have also warned that Education Minister Angie Motshekga must resolve issues around exam security and the corruption plaguing Mpumalanga. Umalusi conducted an investigation into the results of the province’s 60000 matriculants after leaks of five question papers in October last year. The province has a history of exam irregularities.

A senior university official, who asked not to be named, said: “If the corruption in Mpumalanga is not stamped out, this will undermine the matric system. Action needs to be taken there and this is critical.”

He said that if this did not happen, universities would lose faith in the credibility of the exam to determine whether students were fit for ­admission.

They would have to look at their own alternative ways to assess whether students qualified for university admission, instead of relying on matric results.

Dr Theuns Eloff, vice-chancellor of North West University, said exam cheats who slipped through the system into university “would make it more difficult for us to produce good graduates. They will struggle and we will have to offer extra classes.”

According Adam Habib, deputy vice-chancellor of the University of Johannesburg: “If we don’t fix the Mpumalanga situation and other problems there, the matric system will be de-legitimised. The crisis in Mpumalanga impacts on the credibility of the exam.”

However, Renuka Vithal, acting vice-chancellor of the University of KwaZulu-Natal (UKZN), said: “The NCS examination should be supported as a national examination of rigour and integrity for all students.

“A number of academics from UKZN are, or have been, involved in the National Curriculum Statement design and review, and related assessment, examination moderation and other processes and also participate in the research and various activities of Umalusi to strengthen its role as an independent quality assurance body.”

She said the higher-education sector has a responsibility to improve the education and examination systems that serve students and wider society on a regular basis.

Universities are meanwhile frantically trying to process the results, which they received on Wednesday, leaving little time for candidates to settle into their places of study. The academic year starts earlier than normal to accommodate World Cup activities.

Meanwhile, 109 697 matriculants qualify for admission into degree studies compared with 107 462 in 2008. Habib said that while this is “wonderful”, the universities are full and government has not funded the expansion of higher­education infrastructure adequately.

Not all matriculants who cannot be accommodated at universities should expect to be accepted into further education and training vocational colleges, which are in a financial crisis and cannot increase their current numbers, which stand at about 400 000.