Got your Fifa tickets? 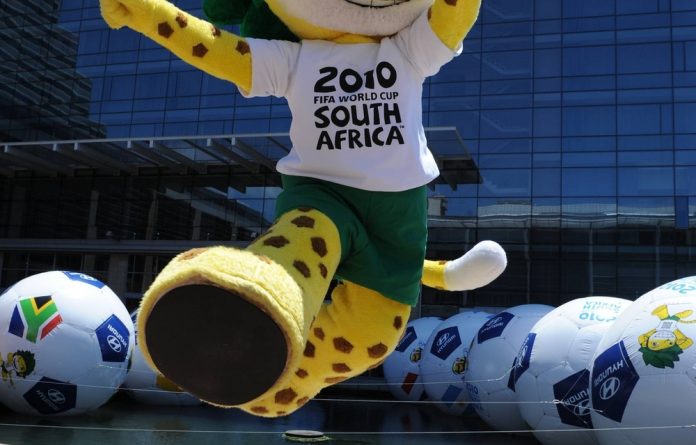 Are South Africans not supporting their own soccer team — or just typically leaving things to the last minute?

Or perhaps the 2010 local organising committee (LOC) has finally recognised that the ticket-purchasing process is simply too complicated.

The LOC told the Mail & Guardian on Thursday that the organisation will sell tickets over the counter at a later stage. For now the few South Africans who have credit cards and internet access have had to contend with a complicated application process on Fifa’s website, and the rest have to stand in line at First National Bank.

LOC chief executive officer, Danny Jordaan, complained on Tuesday that fewer than 100 000 tickets have been sold to fans in the six African countries competing in the finals. He was particularly worried that few local fans were buying tickets for Bafana Bafana’s Group A matches against Mexico, Uruguay and France.

Lots of tickets?
With three million tickets made available, South Africans may believe that there is plenty of time — and tickets. But according to Fifa only 743 000 were made available for general sale, while the rest were to be distributed to Fifa’s commercial and broadcast partners and for hospitality allocations.

But while Jordaan raised concerns about the pace of ticket sales among South Africans, Fifa figures indicate that 50% of tickets sold during the first two sales phases have been snapped up by South Africans — 361 000 of 672 000.

And it seems that of the tickets they are buying, South Africans are supporting mostly non-African teams. Jordaan said on Tuesday: “This will be the first time in World Cup history that the host nation is not topping the ticket sales list.

“Sadly Bafana are not even in the top 10. England at this stage will have more supporters at their country’s games than will be at Bafana matches.”

Fifa will introduce over-the-counter sales once the third sales phase ends on January 22 in a bid to entice more local fans to the stadiums.

Brazil and England fans
Jordaan suggested in an interview with Talk Radio 702 on Wednesday that the majority of South African fans had opted to buy tickets for more popular teams such as Brazil and England, but this could not be confirmed by Fifa, as no exact figures will be available until after the third sales phase.

“As the third ticket sales phase is currently ongoing, we will not be able to provide exact figures until the end of this phase, on January 22,” explained Fifa spokesperson Delia Fischer. “However, we can confirm that so far, there has been a significant increase in the interest from South African fans.”

Fischer says that while many of the tickets for the most popular matches will most likely be sold out by the end of the third sales phase, punters will be able to purchase “over-the-counter” surplus tickets from designated ticket collection points, which will be located in each host city.

“Over-the-counter sale was always scheduled to start by April 15. However, tickets will be sold subject to availability and probably the best tickets to the most popular matches will be gone by then. Fans waiting until then really risk missing out.

“To increase the fans’ chances of securing tickets for the matches of their choice, we recommend they apply also for category one or two tickets, as they will have a better chance of success in the ticket allocation process, i.e. the random draw.”

Too complicated
Currently tickets are only available through online booking or by filling in an application form in the branches of a single bank.

Critics argue that both processes are simply too complicated for the average South African fan. Going the online route is not viable for the majority of soccer fans who do not have internet access and the second option requires applicants to fill in a complicated form which requires an enormous amount of detail.

While Fischer concedes that the system might not have been ideal for the South African situation, she says the ticketing system was introduced to ensure fans from across the globe had an equal opportunity to attend the soccer showpiece.

“The World Cup is a global tournament and you need to provide fans all over the world with equal chances to buy tickets. Therefore, ticket sales phases have been introduced and for oversubscribed matches, such as the final and opening match, a random draw will determine who gets tickets.”