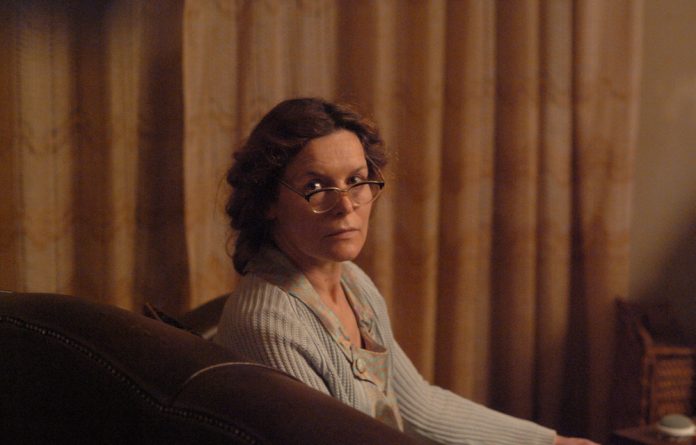 Born in Uppington, South Africa, Alice Krige trained at the Central School of Speech and Drama in London in the late 1970s. Her first film performances included the Golden Globe-nominated A Tale of Two Cities (1980), the four time Oscar ® winning Chariots of Fire (1980) and Ghost Story (1981) with Fred Astaire, Melvyn Douglas and Douglas Fairbanks Jnr.

After early success in the theatre winning The Society of West End Theatres’ Best Newcomer and the Plays and Players’ Best Newcomer awards for her performance of Raina in Arms and the Man, she decided to focus her career working with the prestigious Royal Shakespeare Company. During her two seasons with the RSC between 1982 and 1983, Alice performed in such productions as King Lear, Edward Bond’s Lear, The Tempest, The Taming of the Shrew and Cyrano de Bergerac.

She then returned to work in film and television, where she appeared in a diverse range of films, such as King David (1985) with Richard Gere, Barfly (1987) with Mickey Rourke and Faye Dunaway, Haunted Summer (1988) with Laura Dern, and See You in the Morning (1989) alongside Jeff Bridges, Farrah Fawcett and Drew Barrymore. Her work in television included the critically acclaimed mini-series Ellis Island (1984) and Wallenberg: A Hero’s Story (1985).

In addition to numerous roles in television in the US and UKr, and performances in Scarlet and Black (1993) with Ewan MGregor and Rachel Weiss, Sharpe’s Honour (1994) with Sean Bean, and Deborah Moggach’s Close Relations (1998), Alice appeared in a number of films throughout the 90’s. Amongst these was the award winning The Institute Benjamenta (1995) and Guy Maddin’s Twilight of the Ice Nymphs (1997). Probably her best known performance however was in the film Star Trek: First Contact (1996) for which she won a 1997 Saturn Award for her portrayal of the Borg Queen.

The new millennium finds her with several new projects to her credit including The Little Vampire (2000), Star Trek: Voyager (2001), Attila (2001), Dinotopia (2002), Reign of Fire (2002) alongside Christian Bale and Matthew McConaughey, Children of Dune (2003) alongside Susan Sarandon and James McAvoy, The Mystery of Natalie Wood (2004) and a recurring guest role in the HBO series Deadwood (2005).

In 2004 Alice was awarded an Honorary D.Litt. by Rhodes University.