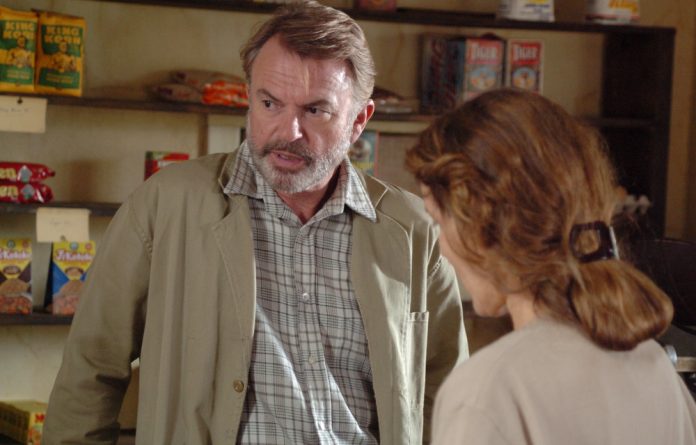 With a career spanning more than 30 years, Sam Neill needs no introduction as one of the most distinguished actors of his generation, having worked around the world on some seventy feature films for the big screen and TV alongside some of the worlds hottest acting and directing talent including Steven Spielberg and Jane Campion.

Earlier film appearances saw him perform opposite Meryl Streep in the Oscar ® nominated A Cry in the Dark, for which he won an Australian Film Institute (AFI) award for best actor in a leading role, and the horror thriller Dead Calm (1989) opposite Nicole Kidman and Billy Zane.

He can also be seen in the Emmy-winning and Golden Globe-nominated TV series The Tudors (2007) with Jonathan Rhys Meyers.

Future film appearances include SKIN (2010), Daybreakers (2008) with Ethan Hawke and Willem Dafoe, How to Change in 9 Weeks (2008) with Guy Pearce and Miranda Otto, and Dean Spanley (2008) alongside Jeremy Northam, Bryan Brown and Peter O’Toole.

This article is part of a larger report on the Skin movie. Visit our special report. .