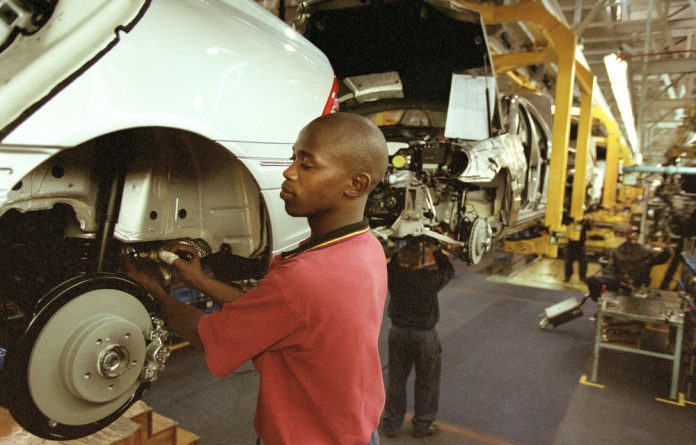 German multinational Daimler has written to the South African government demanding that it clarify the “confusion and uncertainty” about its position on the reparations suit brought by apartheid victims against multinational companies in the United States, and warning that the issue may affect future investments.

The letter, sent by Daimler chief executive Hansgeorg Niefer to Justice Minister Jeff Radebe and Trade and Industry Minister Rob Davies, reads: “As you are aware, Daimler is — considering its options regarding the future production locations for its best-selling C-Class cars.

“As you can imagine, we are searching for a mutually beneficial environment that offers — among other things — reasonable predictability, stability and certainty.

“South Africa is one location being considered.”

However, Niefer adds that “the confusion and uncertainty about the South African government’s actual position regarding the New York apartheid lawsuit are causing pause and uncertainty within Daimler”.

He complains that “the pending litigation incorrectly portrays the conduct of Mercedes-Benz and our parent company, Daimler AG”.

Radebe’s reply, which the Mail & Guardian has also seen, underscores the government’s ambivalence about the case. He acknowledges Daimler’s role in post-apartheid South Africa and the fact that the company participated in South Africa’s Truth and Reconciliation Commission (TRC) process.

They are using the US Alien Tort Claims Act, which allows non-US citizens to sue for human rights infringements in the US courts for acts committed outside the country. The action has been ongoing since 2003.

The government of former president Thabo Mbeki opposed the class action, arguing that the matter should be resolved in South Africa.

The main source of confusion about the government’s stance is an “unsolicited” letter Radebe wrote to the New York court last September, after presiding judge Shira Scheindlin partially ruled in favour of the victims.

The letter reiterates the Mbeki position that South Africa’s truth commission has already dealt with the role of business under apartheid and that the government had acted on the TRC’s recommendations “in a manner it considered appropriate”.

The letter also claims that the plaintiffs have separately assured the government that they want to settle the dispute out of court.

The plaintiffs’ lawyers deny this, saying they want the case to set a precedent.

However, Radebe also told the court that the South African government was of the view that the US court was the appropriate forum to hear the case, immediately triggering a flurry of press reports that the Zuma administration had changed its position in favour of the victims.

This week, when the US Court of Appeals for the Second Circuit heard Daimler’s appeal against parts of Scheindlin’s ruling, Radebe declined to make further submissions.

The only weighty legal submission by a government was from the US administration, which argued that the companies’ appeal should be dismissed because the court has no jurisdiction to hear it.

An attorney for the Ntsebeza group of victims, John Ngcebetsha, said this week that the plaintiffs regarded Radebe’s September letter to the New York court as a true statement of the government’s position.

Kader Asmal joins fight to hear case in SA
ANC veteran Kader Asmal has thrown his weight behind the corporations facing an apartheid reparations case in the United States because he believes South Africa has the right, as a sovereign state, to hear cases concerning its citizens.

Asmal has entered the case as an amicus curiae (friend of the court) not on his own, but as one of a group of law professors from around the world.

Interviewed this week, he said: “Seriously, it’s about South Africa. I hate multinationals. It’s about defending the previous government’s decision to hear the case in South Africa.”

Asmal is one of 14 legal academics who made a legal submission last December in the long-running, tortuous case which originally pitted a group of South Africans against 50 multinationals accused of “aiding and abetting” the apartheid government.

In 2004, Judge John Sprizzo found that the South African plaintiffs could not sue multinationals under the Aliens Tort Statute and dismissed the class action lawsuit the following year.

The victims successfully appealed, prompting a further appeal by the corporations to the US Supreme Court, which referred it back to the lower court.

The New York District Court last year whittled down the number of respondents to four after a protracted legal battle.

In a judgment in December, Judge Shira Scheindlin partly agreed with the victims and was ready to proceed when the remaining multinationals again appealed against parts of her ruling.

Asmal’s submission was requested by a three-person full bench of the US federal appeal court in the state of New York on the novel question of whether international customary law makes it possible for companies to be held liable for human right violations.

The group of law professors argued in their submission that the Aliens Tort Act does not extend liability.

“There is no customary law extending corporate liability because many nations believe that human rights violations result from conscious moral choice, something that cannot be attributed to a corporate entity,” says the submission.

However, another group of eminent legal academics, including human rights lawyer John Dugard, filed an opposing submission arguing that companies can be held liable for human rights abuses.

“Customary international laws all recognise corporate criminal responsibility in principle, albeit that the precise scope and manner of implementation of corporate criminal liability may vary from one jurisdiction to the next,” argued Dugard.

The court has reserved judgment.