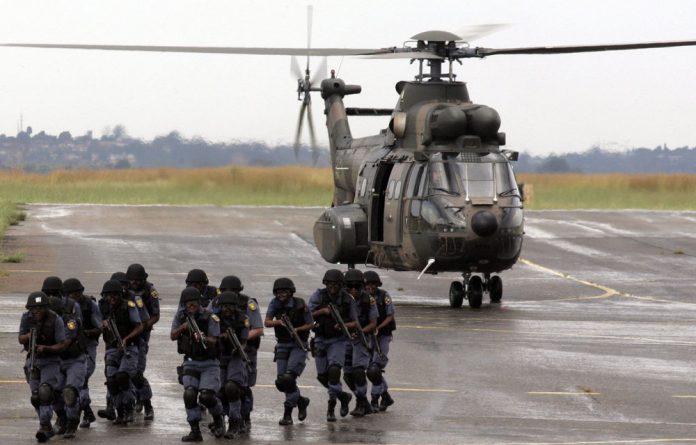 South Africa’s intelligence agencies have jacked up their investigations into possible terrorist threats, specifically emanating from Somalia, according to a top intelligence analyst.

But Mark Schroeder, director of sub-Saharan Africa for the United States intelligence company Strategic Forecasting, insisted that crime, rather than terrorism, remains the major threat for tourists travelling to South Africa for the Fifa World Cup.

Schroeder said that although an al-Qaeda-linked Somali militant group, al-Shabaab, had allegedly established a network in the Cape Flats that had led to South African spooks visiting Somalia and Kenya, it was unlikely that Muslim extremists would launch attacks in South Africa, as it was their “logistical hub”.

He was interviewed in the wake of a deadly terrorist attack on the Togolese national football team in Angola that left three people dead and eight injured.

In September last year the US government closed its embassy in Pretoria and all other US government offices for two days after intelligence reports that al-Shabaab was planning to bomb American interests in South Africa.

The Weekend Argus reported in October that intelligence agencies intercepted a call from Khayelitsha to members of al-Shabaab in Somalia, discussing a plot to attack US interests.

According to the Council on Foreign Relations, a US think-tank on foreign policy (CFR), al-Shabaab is an Islamic organisation that controls most of southern Somalia, excluding the capital, Mogadishu. It has revolted against Somalia’s transitional government and its Ethiopian supporters since 2006 and its insurgency included “classic guerilla tactics — suicide bombings, shootings and targeted assassinations”.

These attacks target the Somali government and its perceived supporters, including African Union peacekeepers.

Fights between the Ethiopian military and al-Shabaab in August 2007 prompted the flight of nearly 400 000 people from Mogadishu.

The US claimed in February 2008 al-Shabaab was linked to al-Qaeda, after placing the movement on its list of foreign terrorist organisations. According to the CFR it was claimed that senior al-Shabaab leaders trained with al-Qaeda in Afghanistan, but organisational links between the two groups were weak.

“It was always going to be a question of whether al-Qaeda will try something during the World Cup,” said Schroeder. “But any attack will hurt them more than it could benefit them.”

He pointed out that South Africa was an “important logistics hub” for both al-Qaeda and al-Shabaab, and both organisations would be careful not to trigger a backlash by launching attacks in South Africa.

But he also said that after the September threats against US facilities in South Africa, the South African Secret Service (Sass) sent agents to Kenya and Somalia to gather their own intelligence.

“Prior to the threat they [Sass and the National Intelligence Agency] had no idea about al-Shabaab and what was happening in Somalia — they [al-Shabaab] are established in the Cape Flats and are using the Somali diaspora for fundraising.”

South Africa’s intelligence agencies were “on the back foot” because of the transition from former president Thabo Mbeki to President Jacob Zuma and it is only since September that the Sass and NIA “have been waking up to some real threats”.

But crime is the “primary concern” for tourists — “not just making them aware of the problem, but explaining the dos and don’ts of travelling in South Africa, where they should go and where they shouldn’t”.

LOC hits back
The tournament’s local organisers responded angrily to concerns by mostly Western interests about the impact of the Angolan attack on South Africa and its implications for the safety of the region.

Local Organising Committee chief Danny Jordaan told Sapa: “If a bomb went off in Spain, do you think I should call England to ask about what the impact is on the Olympics England is organising? I think if something happens in France you’ll know it happened in France, not elsewhere.”