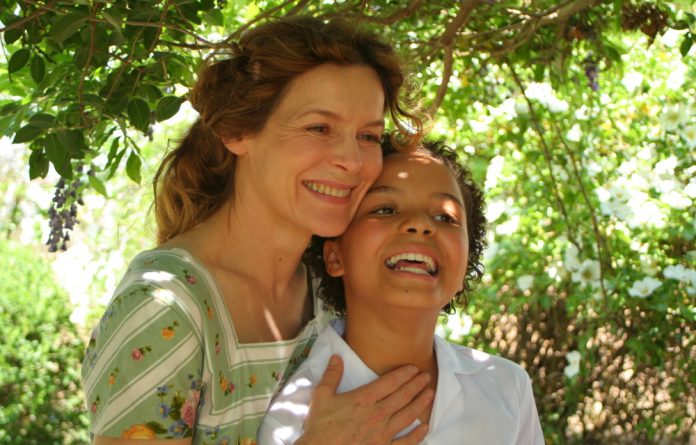 SKIN is based on the true story of Sandra Laing,a woman who was born to white parents but reclassified as “coloured” during the apartheid era.

Ten year-old Sandra is distinctly African looking. Her parents, Abraham and Sannie, are white Afrikaners, unaware of their black ancestry. They are shopkeepers in a remote area of the Eastern Transvaal and, despite Sandra’s mixed-race appearance, have lovingly brought her up as their ‘white’ little girl.

After being sent to boarding school, she is examined by State officials, reclassified as ‘Coloured’, and expelled from the school. Sandra’s parents are shocked, but Abraham fights through the courts to have the classification reversed. The story becomes an international scandal and media pressure forces the law to change, so that Sandra becomes officially ‘White’ again.

By the time she is 17, Sandra realises she is never going to be accepted by the white community. She falls in love with Petrus — a black man, the local vegetable seller, and begins an illicit love affair.
Now Sandra must live her life, for the first time, as a black woman in South Africa.

Historical and political events and the absurdities of apartheid are all touched on by the film, as Sandra Laing’s story is emblematic of the country’s struggle for freedom and transformation. However my focus remains on the personal rather than the political: this is the story of one woman’s search for love, identity and family — all lost and regained.

This article is part of a larger report on the Skin movie. Visit our special report.