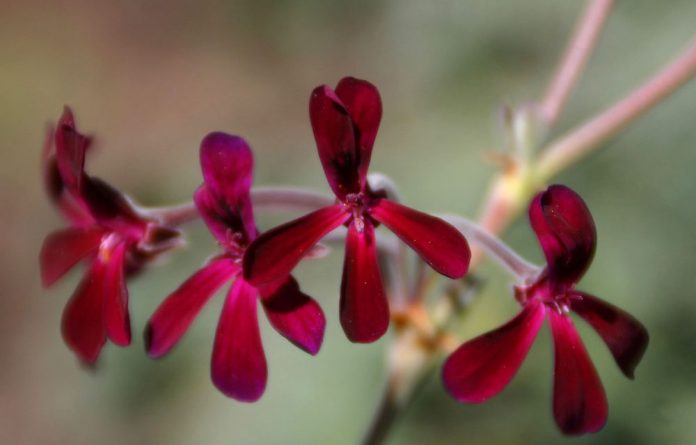 A South African community is to challenge German homeopathic giant Schwabe Pharmaceuticals in court in Munich next week over a traditional medicine the company is seeking to patent.

The case could set a precedent in cases in which multinationals use the plants and indigenous knowledge of developing countries, where laws may not protect communities’ intellectual property rights.

Schwabe wants to patent a method for producing extracts from the roots of Pelargonium sidoides and Pelargonium reniforme to make cough and cold syrups. The company has also hit problems in India over alleged bioprospecting.

The community, in Alice in the Eastern Cape, said the extraction method has been used for generations by traditional healers and Schwabe has no right to patent it.

Community member Nomthunzi Sizani said she grew up with the plant and it was trusted in her community as a flu and cough remedy.

“The community wants to stop [companies] from saying they were the first to know that this medicine is important, because we grew up knowing that. They are like thieves, stealing the indigenous knowledge,” she said.

The plant is endemic to Southern Africa, especially the Eastern Cape and Lesotho. The Zulu, Basotho, Xhosa and Mfengu peoples have used it for centuries to treat respiratory complaints, and the compound it contains, cumerin, is now a key ingredient in remedies.

The Alice community is supported by the Africa Centre for Biosafety and the Swiss biopiracy watchdog, the Berne Declaration.

The centre’s Mariam Mayet said the community has a strong case and she will travel with Sizani to give evidence. “The European companies have to realise that they can’t simply come to poor countries and use the resources as they please.”

Mayet said Schwabe plans to gain extensive monopoly rights on the use of pelargonium through the patent and that “the patent violates the provisions of the European Patent Convention and the United Nations Convention on Biological Diversity”.

“Schwabe has been using the traditional knowledge of these communities without asking their prior consent and without sharing the benefits from its use equitably with them, as the convention requires.”

Mayet said South Africans should be the first to develop pelargonium-based drugs.

She and Sizani are worried about the effect harvesting may have on the community’s environment, because demand for the remedy is so significant.

Sizani said locals sell it to intermediaries, who resell it to the pharmaceutical firms.

The South African government is not party to the court action, though the science and technology and environmental affairs departments are known to be concerned about biopiracy in South Africa.

Shonisani Munzhedzi, chief director of biodiversity and heritage at the Department of Environmental Affairs, said government had the necessary legislation in place to counter biopiracy.

He said the department was informed in 2007 of the intention of the Alice community to challenge the patent involving Pelargonium sidoides and Pelargonium reniforme in Germany.

“No further details or communication was received by the department in this regard,” he said.

An assessment is being conducted which will inform the management plan for the two pelargonium species, including its potential listing as threatened, he said.

Schwabe did not respond to emailed questions from the Mail & Guardian. But media reports have quoted the company’s head, Willmar Schwabe, saying that “so-called ‘biopiracy’ is not a problem of patent law, but is probably a direct result of actual conditions in many so-called Third World countries”.

“Most of the affected countries did not effectively prevent access to their genetic resources in the past, but they now react by lamenting the exploitation of their genetic diversity and then continue by demanding participation in the economic advantages,” Schwabe said.

Others said that pharmaceutical firms provide valuable research back-up to ensure that important medicinal plants are developed properly and that, through the right partnerships, local communities and the companies can benefit.