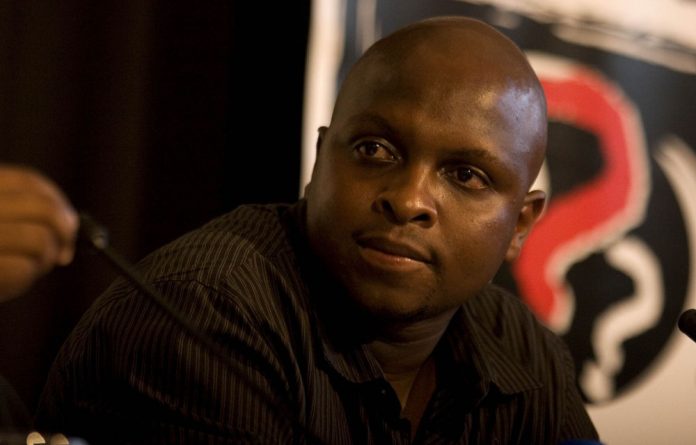 It was responding to an online newsletter penned by Cronin after a meeting of the SACP’s political bureau. It is the second time the league and Cronin have publicly debated their positions on the issue.

In November last year, African National Congress Youth League president Julius Malema said he did not need the “permission of a white political messiah to think”, referring to Cronin.

Cronin accused the league of “missing the bigger systematic picture”, saying “when they [the league] speak of mineral beneficiation they are thinking of bling … sorry, jewellery”.

The ‘reactionary views’ of Jeremy Cronin
League spokesperson Floyd Shivambu in a statement on Thursday said Cronin was asked to contribute to its discussion document on the nationalisation of mines, but had chosen not to.

“He instead chose to use the platform of the Communist Party to try and divert focus from the ANC Youth League’s call for nationalisation and label it opportunistic and weak … The ANC Youth League is acutely aware that what are presented as views of the SACP Politburo are personal, reactionary views of Jeremy Cronin who forever succeeds in misleading the Communist Party,” he said.

Writing in the SACP newsletter, Umsebenzi, Cronin urged the communist party to “guard against the opportunistic appropriation of nationalisation”.

He welcomed the ANCYL’s attempt to raise questions about transformation of the mining sector, including nationalisation, and said the SACP was not “scandalised” by such discussions.

“We are concerned, however, that unless this important debate is raised in a constructive way, and for principled reasons, it runs the risk of dividing the ANC and our broader movement and of discrediting the very real need for major structural transformation of our society.”

The league had earlier finalised its discussion paper on nationalisation of mines and warned ANC leaders to support its position or risk losing its support in the party’s 2012 elective conference.

Malema said the nationalisation of mines would happen in his lifetime, while Minerals and Energy Minister Susan Shabangu later said it would not happen in hers.

The league took on Cronin, Shabangu and Oppenheimer in its statement, saying De Beers should “adjust” to handing 60% of ownership to the South African government because this was going to happen.

It said Shabangu was referring to her lifetime as minister of minerals, “because we doubt if she will be a minister for that [sic] a very long time”.

Cronin said “grand-standing” did not help. Any call for nationalisation had to be a “coherent and do-able part of an overall democratic programme”.

“Threatening comrades that you won’t vote for them in the future elective conference unless they support your position is infantile and unhelpful,” he wrote.

Shivambu called on the SACP to “intensely look within itself” on why Cronin’s views became that of the party.

He said Cronin commented without reading its discussion document.

“Why a communist cadre in the form of Jeremy Cronin refuses to constructively input into the nationalisation of mines perspective even when humbly requested to is worrying. But as they say, blood is thicker than water,” he said.

The league was not grand-standing or threatening anyone, rather it would be “foolhardy” for it to support leaders who did not back its political programme. – Sapa