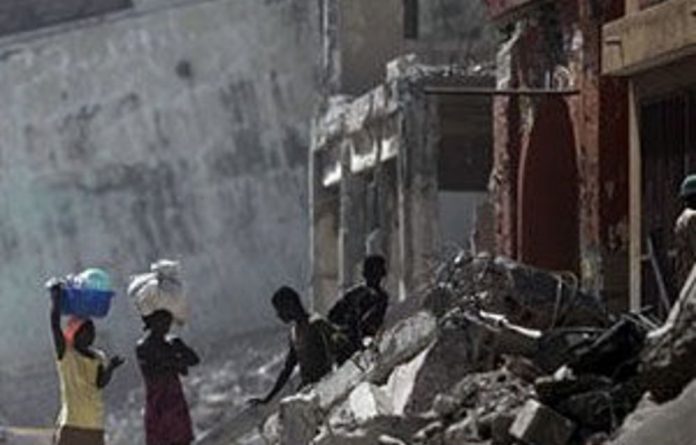 The death toll from Haiti’s catastrophic earthquake last month has reached 212 000, while the number of homeless may be far higher than the one million estimated by authorities, the prime minister said on Thursday.

“We have over 200 000 [dead]. The last number I received from my services was 212 000 people that were collected on the streets and different places,” Prime Minister Jean-Max Bellerive told CNN from Haiti’s devastated, capital Port-au-Prince.

Bellerive said the toll, already the highest on record from any natural disaster in the Americas, was likely to rise “a little bit” higher as recovery crews pull bodies from locations where demolition had been delayed while rescue teams searched for survivors.

He also said more than 300 000 people had been injured in the disaster, and that most of them had received medical attention, he told the US cable network on Thursday.

On Wednesday Bellerive told Agence France-Presse that the death toll had topped 200 000.

Authorities had said about one million people were made homeless when the 7,0-magnitude quake struck the impoverished Caribbean nation on January 12, out of a national population of roughly nine million.

“But you have to add to that number the people that before the events of January were already homeless and that are regrouping with the people that are new on this,” Bellerive told the US cable network.

“So you should have about two million people on the streets right now,” he added.

Aid groups have set up several refugee camps in and around Port-au-Prince, and the government has announced plans to relocate hundreds of thousands of Haitians out of the makeshift camps into new temporary shelters outside the capital. — AFP