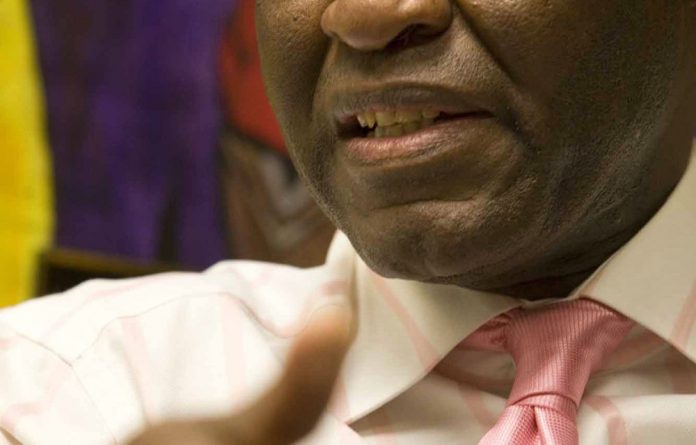 Justice Minister Jeff Radebe has been working hard to secure a new job for the prosecutions chief who dropped charges against President Jacob Zuma, the Mail & Guardian has learned.

Mokotedi Mpshe has been appointed an acting judge — setting him on a path towards a more permanent position on the Bench.

It is understood that to pave the way for the appointment, Radebe approached at least two senior high court judges.

Mpshe, who took over as acting National Director of Public Prosecutions after Vusi Pikoli was axed, went on to let Zuma off the hook. The equally controversial Menzi Simelane has since been appointed to the post.

Radebe has now finalised Mpshe’s appointment in the North West Provincial Division after first trying to get him a post in the Western Cape.

The Constitution allows Radebe, in consultation with the most senior judge of any high court, to appoint acting judges.

However, his determined “shopping around” on Mpshe’s behalf has fuelled perceptions that Radebe is fast-tracking him to the Bench as a reward for relenting on the graft charges against Zuma.

It will raise questions, too, about the separation of executive and judicial powers, still a fraught issue in the aftermath of the long battle over Zuma’s charges.

Mpshe decided not to prosecute Zuma after recordings gathered by the National Intelligence Agency (NIA) revealed a political conspiracy against the ruling party’s president.

He was later forced to admit that much of his legal argument for the decision had been plagiarised from a Hong Kong judgment later overturned on appeal.

Focus on the provinces
A source in the Western Cape division told the M&G that Radebe had telephoned the acting judge president of the division, Jeannette Traverso, to ask that she make an acting position available to Mpshe.

The call took place on Wednesday last week, this person said. When it did not bear fruit immediately, it seems Radebe turned to the North West division.

One judge with extensive experience of the procedures surrounding acting appointments told the M&G the “pressure” applied by Radebe was highly unusual.

“The way it usually happens is that the judge president concludes that one or more acting judges are required to cover for colleagues working in, for example, the Labour Court, or on long leave. He or she then turns to people who may be considered suitable.

“Of course, people may make suggestions — pointing out a ­particularly promising advocate, for example. Also, the Council of the Bar may be approached for suggestions.

“Previous justice ministers may have lobbied for their friends, but this degree of pressure and shopping around is really extraordinary and disturbing.”

Radebe’s spokesperson, Tlali Tlali, confirmed that Radebe had approached Traverso but vehemently denied that he had “shopped” around to secure a position for Mpshe: “Those desperate to generate ­sensation out of this appointment will conveniently omit to state — what our legal framework provides for. The minister exercised constitutionally conferred authority.” There was nothing “irregular” about Mpshe’s appointment, he said.

Radebe’s request to Traverso is complicated by the fact that one of the judges on leave in the Cape is her boss, John Hlophe, who was accused of campaigning for the dropping of charges against Zuma.

Traverso, after being a close ally of Hlophe early in his career, was accused by him of racism in 2004-05 and has since been a quiet adversary.

Asked whether Mpshe would appear before the Judicial Service Commission (JSC) in April, Tlali said: “That’s putting the cart before the horse. The JSC doesn’t interview candidates who do not make themselves available for permanent appointment.”

The JSC is due to interview candidates for various vacancies in Cape Town from April 12 and the M&G has established that Mpshe’s name is not one of the five nominations received to date by the JSC.

Traverso did not respond to a telephone message.