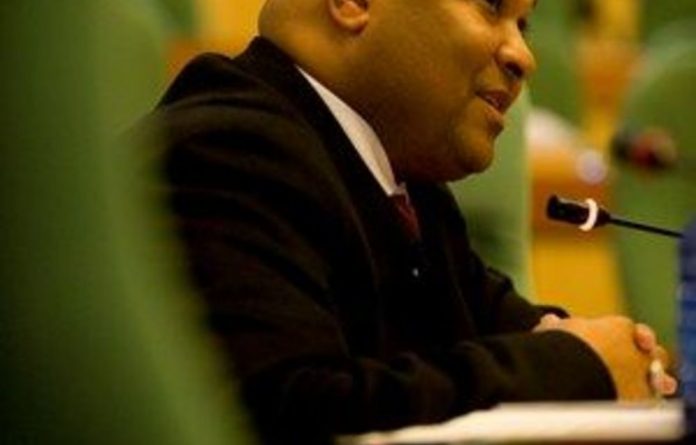 President Jacob Zuma’s purge of the security services has claimed its most strategic victim: Arthur Fraser, head of the powerful operations division of the National Intelligence Agency (NIA), has left.

Responding to queries from the Mail & Guardian about Fraser being fired, the State Security Ministry said that, as of the beginning of January, he had “resigned out of his own free will to pursue personal endeavours”.

The ministry said Fraser was “not fired or pushed into resigning”.

Leak responsibility?
It is understood that the report by the inspector general of intelligence into the leaking of the so-called “Zuma tapes” might have provided ammunition to get rid of Fraser, who had been fingered by some security sources as playing a key role in the leak.

But exiting inspector general Zolile Ngcakani apparently laid the leaks at the door of the South African Police Service, though he was not able to identify a single person responsible.

The recordings of bugged conversations between former Scorpions boss Leonard McCarthy and other role-players — including Mbeki, former intelligence minister Ronnie Kasrils and former prosecutions boss Bulelani Ngcuka — paved the way for the National Prosecuting Authority to abandon its corruption case against Zuma.

According to two intelligence sources, the battle over Fraser’s position has had serious operational consequences, with about 100 high-level covert sources under Fraser not having been paid since December.

As head of operations, Fraser controlled the top-secret source register and it is understood payments were handled by the “covert support unit”, which fell under him.

No comment
One source claimed the payment problems flowed from Njenje cutting off funds controlled by Fraser as part of efforts to sideline him, though whether this was justified by a formal investigation or allegations against Fraser is unknown.

The ministry refused to respond to questions about the alleged plight of covert sources, stating: “It is not our policy to discuss NIA operations.”

The inspector general’s office also declined to confirm or deny whether it had received complaints from unpaid covert agents.

Another source claimed Manzini was seen to have wasted money on non-core expenditure — including fancy office functions — and that he had left the NIA cash-strapped.

One of the covert agents, calling himself “Mdu”, told the M&G the political fights were jeopardising key intelligence-gathering operations — including those relating to possible terrorist threats to the 2010 World Cup.

More axing
The ministry also declined to respond to the claim that the non-payment of sources was compromising state security.

The M&G can also reveal that two other key appointments will complete the clean-out of the NIA’s top structures. Njenje has recalled Lloyd Bob Mhlanga, who was fired by former minister of intelligence Ronnie Kasrils after the NIA’s botched surveillance operation on Mbeki ally Saki Macozoma.

That saga also cost Njenje and former NIA director general Billy Masetlha their jobs. Njenje was then head of operations and Mhlanga, who led the Macozoma operation, was counterintelligence head.

The inspector general’s report on the Macozoma affair found that Masetlha, Njenje and Mhlanga “tried to conceal the true nature of the surveillance operation against Mr Macozoma”, which appeared to be part of Masetlha’s plan to expose an alleged anti-Zuma plot driven by Mbeki’s allies.

The ministry said this week that Mhlanga would act in Fraser’s place “while the minister finalises the official process, which will culminate in the president appointing the successor”. However, Mhlanga is expected to get the job.

Soft landing
After his departure from the NIA, Mhlanga was given a soft landing as head of police counterintelligence before the Zuma revolution restored him to favour.

The M&G has also established that the respected former NIA deputy director general for operational support and systems, Peter Richer, also recently quit and returned to work for the South African Revenue Service.

Richer was among the most vocal internal supporters of NIA policy reform, especially regarding its controversially wide mandate that critics say invites political meddling.

He gave broad support to the ministerial review commission Kasrils appointed to make proposals on intelligence sector reform. The new ministry has snubbed this initiative.

Finally, it appears that the remaining deputy director general, head of corporate services Margaret Modipa, has been, or will be, shifted.

New appointment
The M&G has confirmed that Sandy Africa, an academic and former general manager of the South African Intelligence Academy, has been seconded from the University of Pretoria to act as the new deputy director general for corporate services.

Africa, regarded as a progressive voice in the intelligence world, will lead the restructuring and consolidation of corporate services under the ministry’s planned unified state security department.

The process will see the merging of at least the administrative “back-office” of the NIA, the South African Secret Service (SASS — now led by Zuma acolyte Moe Shaik), the Intelligence Academy, the National Communications Centre, the Office for Interception Centres and the Comsec, the entity responsible for electronic communications security in government.

Legislation is also planned to unify the command and control of the NIA and SASS — which were placed under the single command of Jeff Maqetuka by a presidential proclamation that appears to have no legal basis.

In an indication of the minimal role accorded to parliamentary oversight by the Zuma administration, the Democratic Alliance representative on the joint standing committee on intelligence, Theo Coetzee, told the M&G that in three days of briefings this week the committee was given no hint of Fraser’s departure.

Intelligence expert Laurie Nathan, who served on Kasrils’s review commission, said the Zuma administration had learned a lesson from the Mbeki experience — “ensure that your top spies are appointed above all on the basis of personal loyalty, never mind loyalty to the Constitution”.

Nathan said that the situation was worrying when coupled with the “appalling attitude to oversight” that dominated the parliamentary committee. He said that under joint standing committee chairperson Cecil Burgess, deference to the executive had been taken to a level entirely “not appropriate” to a functioning democracy.