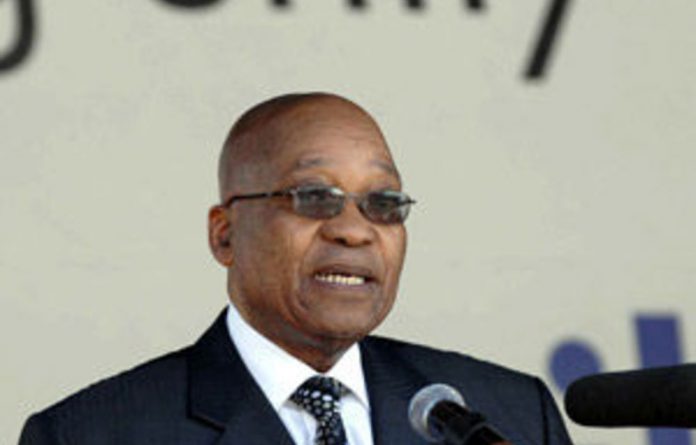 South African President Jacob Zuma apologised on Saturday for fathering an illegitimate child, in the face of a national outcry.

Critics say Zuma, a Zulu traditionalist who practises polygamy and currently has three wives and 20 children including the baby he fathered with another woman, has set a bad example in a country with one of the world’s highest rates of HIV/Aids.

“I have over the past week taken time to consider and reflect on the issues relating to a relationship I had outside of wedlock,” Zuma said in a statement on Saturday, acknowledging it “has been a subject of much public discussion and debate”.

‘Importance of the family’
“It has put a lot of pressure on my family and my organisation, the African National Congress. I deeply regret the pain that I have caused to my family, the ANC, the alliance and South Africans in general,” he said, reaffirming his commitment to “the importance of the family as an institution”.

On Tuesday Zuma, who married for the fifth time last month, taking Thobeka Madiba as his third current wife, confirmed reports he had fathered a child with Sonono Khoza, daughter of Irvin Khoza who heads the local organising committee for the Soccer World Cup.

Khoza gave birth to a girl in October last year. The presidency has said previously that Zuma has 19 children. Zuma said on Tuesday he had formally acknowledged paternity and made a traditional payment of inhlawulo [damages] to Khoza’s family.

The Saturday Star quoted unnamed senior party officials as saying Zuma had plunged the ANC party into crisis by breaking a pledge he made after being elected party leader in 2007 “not to embarrass the ANC with other sexual revelations”.

Multiple marriages are allowed in South Africa and form part of Zulu culture, but have drawn criticism from HIV/Aids activists. At least 5,7-million South Africans are infected and an estimated 1 000 people die from the syndrome each day.

Zuma, who has repeatedly defended polygamy, including at the annual meeting of the World Economic Forum in Davos last week, has said he will not deviate from the HIV/Aids campaign.

“The ANC welcomes and appreciates the president’s statement regarding his personal and prviate relationships,” said ANC spokesperson Ishmael Mnisi in a statement.

“In his response the president has shown integrity and honesty, thereby taking the country and its citizenry in his confidence,” he said.

The ANC again asked political parties and the public to give the families concerned privacy and “the opportunity to reflect on this matter”. – Reuters, Sapa