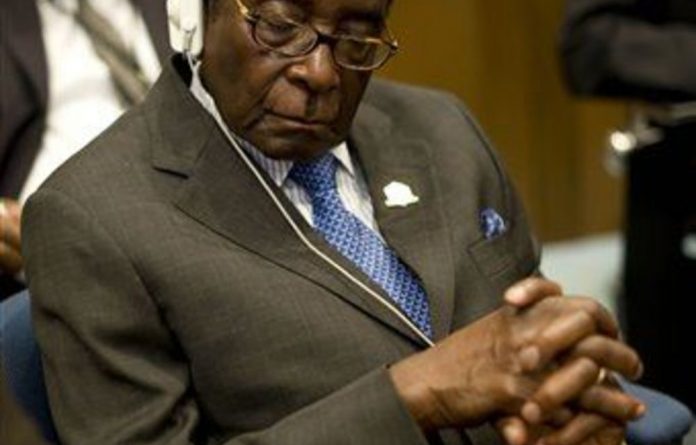 President Robert Mugabe’s grip on power was pried open one year ago on Thursday when he was forced into a unity government, but deep-seated mistrust and political bickering are hampering Zimbabwe’s recovery.

When opposition leader Morgan Tsvangirai became prime minister on February 11 2009, the once-vibrant nation had plunged into a seemingly endless freefall.

Political violence had engulfed the country after failed elections in 2008. More than half the population needed food aid.

Ruptured sewers sparked a cholera epidemic that killed more than 4 000 people. Doctors and teachers fled their jobs, while unemployment hit 94%.

With Zimbabwe disintegrating, the government in January abandoned the local currency and legalised trade in US dollars.

More than any single action, dollarisation stabilised the economy, allowing once-bare supermarkets to restock at least basics like salt, sugar and cooking oil — items that had become luxuries.

Long haul
“We have done so much in so little time,” Tsvangirai said on the sidelines of the World Economic Forum in Davos. “However I would be the last to say that everything is rosy.”

The economy last year grew by 4,7%, the first growth in a decade, but economic analyst Antony Hawkins said a full recovery to the peaks of the 1990s would take 10 to 15 years.

“The corner has been turned but it’s going to be a long-haul,” Hawkins said.

“We need a political settlement that gets recognition from the international community. We need political certainty to move faster. The economy is being held back by the politicians.”

But Zimbabwe’s political headaches have proved more difficult to fix.

Bickering, politicking
Mugabe has refused to swear in Roy Bennett, Tsvangirai’s pick for deputy agriculture minister, who is being prosecuted for treason.

“In terms of stopping the economic haemorrhage, we have succeeded,” said MDC spokesperson Nelson Chamisa.

“The inclusive government has fallen victim to bickering and unnecessary politicking, particularly from our colleagues in Zanu-PF,” he said.

Justice Minister Patrick Chinamasa, a top Mugabe advisor, hailed the fact that the government has lasted an entire year.

“There is commitment to continue cooperation in the inclusive government and meeting the challenges that lie ahead,” he said.

He insisted that a Western travel ban and asset freeze on Mugabe and his inner circle were crippling Zimbabwe’s recovery.

“The future is in the hands of the MDC and their allies who imposed sanctions on us. If the sanctions were lifted, Zimbabwe would not be recognisable today,” Chinamasa said.

Amid the bickering, new investors have shied away. Security forces are still accused of torture and rights abuses. The United Nations predicts 1,9-million people, about 15% of the population, will still need food aid this year.

Zimbabwe’s 230 000 civil servants, lured back to work one year ago with an offer of US dollar salaries, launched an open-ended strike Friday to demand an increase to their $150 monthly pay.

The Crisis in Zimbabwe Coalition of rights groups warned in a report on the government’s performance that the risk remains of a return to “food shortages, runaway inflation, rampant violence and the general decay of social service”.

“Zimbabwe still sits at the precipice,” it said. – AFP