Loeb just one of many challenges for Raikkonen 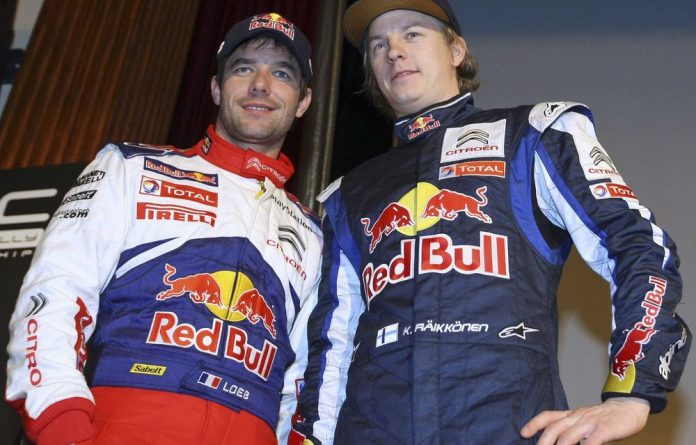 Formula One driver Kimi Raikkonen embarks on a new career in the World Rally Championship this weekend but the Finn is under no illusions about how difficult the season-opening event in Sweden might be.

Getting used to a new sport is one battle; trying to rival six-times world champion Sebastien Loeb is another.

Raikkonen, 2007 F1 world champion with Ferrari before being replaced by Fernando Alonso, also has to start his season with the Citroen junior team on an icy and snow-covered course.

“I wouldn’t be here if I wasn’t serious. Anytime I start something new I want to learn, and try to do the best I can,” he told wrc.com. “It’s something that’s going to be a big challenge and I’m looking forward to it.”

Up against the champion
Frenchman Loeb claimed a record sixth straight championship last year by winning the title-deciding British round.

Ford’s Mikko Hirvonen led Citroen’s Loeb by a single point going into the race but the champion retained his crown by a point having been in a much tougher battle than previous years.

Loeb, who has won the rally of Sweden only once, actually wants there to be wintry weather in Karlstad.

“At times, when the roads are iced over, with banks of snow on either side of the track and freezing temperatures, it becomes a fantastic, fun-filled rally,” he said.

“On the contrary when there’s no snow or ice, mud and ruts start to appear, and when they appear the rally starts to become a real nightmare with very little driving pleasure.”

Loeb, who one day could do the opposite of Raikkonen and move from rallying to Formula One, is again the man to beat but Finn Hirvonen’s showing last term and renewed vigour from Petter Solberg make the championship less clear-cut this year.

“2010 is the year I really believe I have the tools to be able to fight at the very top again,” said Norway’s Solberg, who was world champion in 2003 and now races in his own team but with the same Citroen as Loeb.

After being replaced by the rally of Norway last year, the wintry Sweden rally returns to start the championship with stages from Friday to Sunday.

Mexico follows in March and the 13th and final rally of another cost-conscious season will be held in Britain in November. — Reuters

Do the research first; it will save money and time later
Read more
Advertisting
Continue to the category
Politics