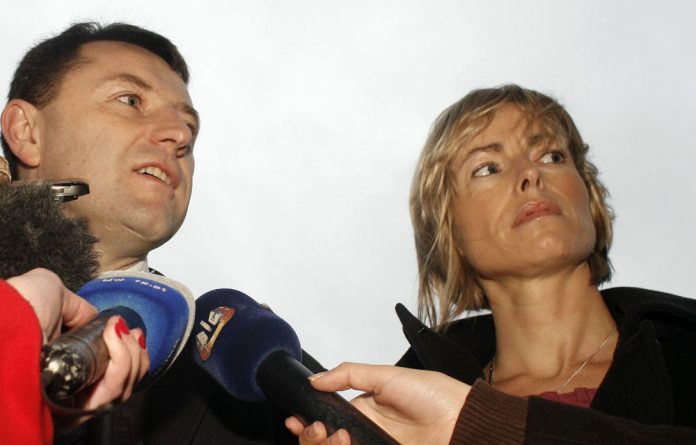 The parents of missing British girl Madeleine McCann returned to court on Wednesday for the last session of their libel case against the Portuguese police officer who led the initial probe in the case.

Kate and Gerry McCann are suing Goncalo Amaral for €1,2 million ($1,7 million dollars) for defamation over allegations he made in a book that their daughter was dead and that they were involved in her disappearance.

As they arrived at the Lisbon court, a small group of Amaral supporters greeted them with chants of “Long Live Amaral!”

A court issued an interim injunction in September banning sales of the 2008 book in which Amaral made the claims, Maddie: The Truth Of The Lie, and prohibiting him from repeating them in the media.

The McCanns, who have always said they believe their daughter was abducted, have asked the Lisbon court to confirm the interim ruling as definitive.

Madeleine went missing from a holiday apartment in the Algarve resort of Praia da Luz on May 3, 2007, a few days before her fourth birthday, as her parents and their friends dined at a nearby restaurant.

The McCanns were named as official suspects in their daughter’s disappearance in September 2007 although this was lifted in July 2008.

Amaral initially headed the inquiry but was removed in October 2007 after he criticised British police in a newspaper interview.

The Portuguese are no longer investigating the case, but other investigators acting on the couple’s behalf are still looking for the missing girl and appealing to the public for information.

About 1 500 South Africans are stuck abroad, waiting to see if the government can help them to return home
Read more
National

Just over a year ago, veteran radio presenter Xolani Gwala’s cancer was in remission. He spoke to the Mail & Guardian once he was back on air.
Read more
Sport