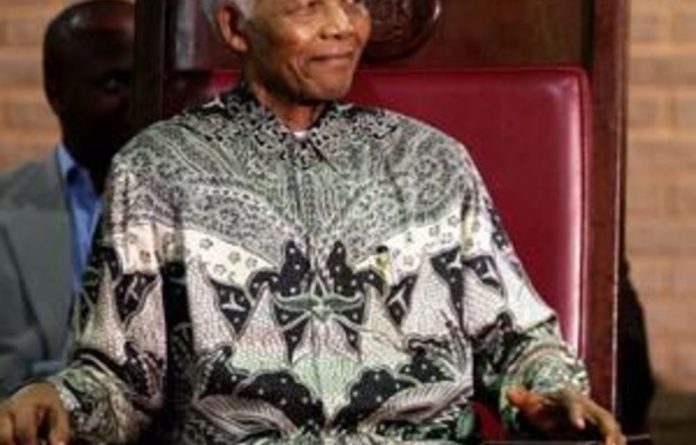 Thousands of people are expected to gather near Cape Town in South Africa on Thursday to celebrate the 20th anniversary of Nelson Mandela’s release.

It will be the centrepiece of commemorations to mark the moment that Mandela emerged after 27 years behind bars, ushering in a transition from apartheid to multiracial democracy and his rise to become the country’s first black president.

Winnie Madikizela-Mandela, who held Mandela’s hand and punched the air in triumph on that day, will lead a 500m march from the former Victor Verster prison in Paarl, Western Cape, to symbolise the walk that was seen by a TV audience of millions.

Mandela himself will not be present, but will make a rare public appearance in Parliament on Thursday evening to hear the fourth post-apartheid president, Jacob Zuma, deliver his State of the Nation address.

The prison where Mandela spent his last months in captivity was on Wednesday named a memorial site by South Africa’s National Heritage Council.

“I was astounded and a little bit alarmed,” he recalled later. “I truly had not expected such a scene. At most, I had imagined there would be several dozen people, mainly the warders and their families. But this proved to be only the beginning.”

The Mandelas climbed into a silver Toyota Cressida and were driven to the centre of Cape Town to address a huge crowd outside the city hall. Mandela pulled out his speech and realised he had forgotten his glasses, but Winnie gave him hers.

Optimists and pessimists
The 20th anniversary of South Africa’s equivalent of the fall of the Berlin Wall has focused a debate on whether the promise of that euphoric day has been fulfilled.

Andrew Feinstein, a former ANC MP who resigned in protest over alleged government corruption, said: “My overwhelming sense when I look at South Africa today is just how far we as the ANC and South Africa have fallen from the heady days of Mandela’s years in office. It was an inspiring example of occupying the moral high ground. That’s now gone and I suppose I look at it with a sense of sadness.

“This anniversary is bittersweet. When one looks at the personal morality of the current leadership, the level of corruption, the delays in meaningful delivery of basic services, you feel the euphoria of the triumph over apartheid does feel tarnished.”

Optimists say South Africa is a stable democracy with a strong liberal constitution, has the continent’s biggest economy, is about to become the first African nation to host the Soccer World Cup, and has witnessed a healing of race relations unthinkable in the 1980s.

Pessimists argue it is the most unequal society in the world, with about one in four people unemployed, violent crime and political corruption rife, and the majority of black people living in squalid townships or settlements little different from two decades ago.

Professor Jonathan Jansen, the first black rector of the historically white Free State university, said: “It’s going to take a Mandela II if we’re going to claw our way out of this moral crisis. Race relations are on a knife-edge. The modern state is founded on a spirit of reconciliation, but the longer the inequalities exist, the more desperate people become and the greater the risk of a crack in race relations.”

‘Serious political problems’
Some veterans of the struggle have a profound sense of disappointment. Professor Willie Esterhuyse, an Afrikaner academic who liaised between De Klerk’s government and the ANC in the run-up to the end of apartheid, said: “Mandela captured the hopes of whites and blacks. But that hope did not really materialise because the problems were too big. The socioeconomic issues were just ghastly to deal with in a 10- or 20-year timespan. When the management of these problems didn’t make the grade, they worsened.”

He added: “We should be thankful on this anniversary but I don’t think we should rejoice too much. There’s no way we can say it’s all wonderful songs. We can reflect on what we’ve achieved but then let’s see if we can fix the problems we’ve created, because we’ve created some really serious political problems.”

Whereas Mandela remains a quasi-saint to most South Africans, Zuma is facing the biggest crisis of his presidency after being forced to apologise for an adulterous relationship in which he fathered his 20th child.

But the fact that sex scandals dominate the headlines could suggest that the country bears an increasing resemblance to its Western counterparts.

Frans Cronje, deputy director of the South African Institute of Race Relations, said: “We’ve all realised to a lesser or greater extent that South Africa is in fact just another normal society. Its problems are increasingly mundane. International attention has gone to other issues: the Middle East and, from time to time, other crises like Haiti. South Africans have been left to get on with it.” — guardian.co.uk