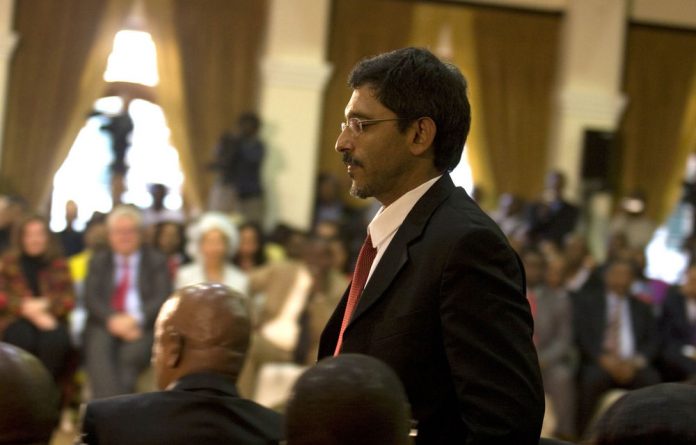 President Jacob Zuma’s failure to clarify the respective roles of Finance Minister Pravin Gordhan and Economic Development Minister Ebrahim Patel has hampered government’s preparation of the budget to be presented to Parliament next week.

As of Thursday, treasury officials were still hoping that Zuma’s State of the Nation speech would clarify who should assume final responsibility for macroeconomic policy.

“We are hoping the president will pronounce on who does what regarding macroeconomic policy. This will help us to stop fighting for our space and get on with our work,” a treasury insider told the Mail & Guardian before Zuma’s address.

“The big fight is about who does macroeconomic policy,” the insider said, adding that there had been “various discussions” on the matter between Zuma, Gordhan and Patel.

“We think we have prevailed, but the president needs to make a clear pronouncement on it,” the treasury official said.

The confusion has hampered the budget process, in which allocations are made to departments in terms of the broader economic priorities and direction.

“Our budget preparation has had to be mindful of the political context that things may change and therefore we cannot carry on as we did before.”

Gordhan is expected to present a budget that will reflect the recovery of the economy, but that it will be slower than expected.

The estimates in the medium-term budget presented last October were “fairly correct”, the treasury official said, which means no substantial big changes, such as a massive surge in revenue, are expected.

Gordhan has adopted the same prudent spending patterns as his predecessor, Trevor Manuel.

But this could change if Patel, who is seen as trade union federation Cosatu’s representative in Cabinet, gets the final say on economic policy.

There would be a profound change to the budget process if macroeconomic policy is shifted to Patel’s department, the official said.

“That would mean a third of the budget process would be taken out of our hands, but it is the most important part.

Patel would therefore be entrusted with both prudent expenditure and the deficit. “You can’t leave macro-economic policy to Patel — it will open the door for Cosatu to take it over,” the official said.

Expenditure and the deficit are “things you really need certainty on if you want to attract investors and grow confidence in the country”, he said.

The South African Chamber of Commerce and Industry (Sacci) said this week that the lack of clarity about such issues affects business confidence.

“Sacci is concerned that the South African economy is yet to share in the vigorous economic recovery anticipated for key emerging-market economies,” the chamber said in a statement.

“The consequences of the recession may still pervade the domestic economy and contribute to the ­tentativeness in the business environment, as well as in business confidence.

The Sacci Business Confidence Index for January declined by another 2,3 index points, from 83,5 in December to 81,2 in January.