A man for all mediums 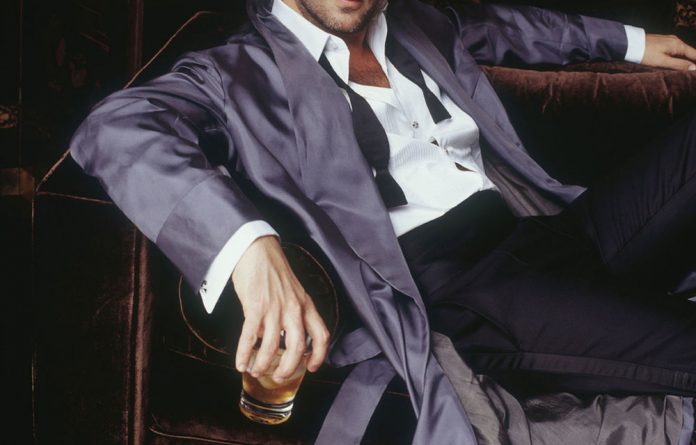 It’s not every day that a tycoon with a billion-dollar turnover makes his first movie, paid for from his own pocket, but Tom Ford would be a special, exotic creature in any environment.

Fashion designer, brand developer, hobnobber with the rich and famous, Ford has now put himself in an extraordinary, exceptional position. His filmmaking debut, A Single Man, is a potentially important, award-winning movie that looks set to make significant impact.

It’s adapted from a 1964 novel by Christopher Isherwood about a gay man’s grief after his partner is killed in a car accident; it stars Colin Firth, giving a performance that is already registering on the awards circuit, and has a sophisticated visual sense that is easily the equal of any of the films coming out of the more orthodox art-film sector. It could have been an unholy embarrassment, but instead Ford has come out of it smelling of roses.

Putting aside the rather unpleasant mental image that conjures up, I wonder where the confidence came from to expose himself so thoroughly. “I guess I’m just one of these people who, when I decide I’m going to do something, I just do it.”

He doesn’t seem even to have dabbled in the film industry’s traditional practice grounds for wannabe directors: short films (“didn’t interest me”) or commercials.

“I had no experience whatsoever, other than having observed every camera angle of every film I ever watched. I did a little reading too. I wrote the screenplay and I had never done that before either.”

In essence this is the inviolable self-regard bred by stellar success and massive personal wealth. Ford’s reputation in the fashion industry revolves around reviving the Gucci label; it was almost bankrupt when, as an unknown, he was appointed Gucci’s chief women’s ready-to-wear designer in 1990 (he was 29) and when he quit as creative director in 2004 it had a turnover of R62-billion.

In many ways A Single Man is a vanity project — he had to pay for the whole thing himself after his financing disappeared when he was well into pre-production. (“Not everybody can do it, I know that. But I believed in it. I had to make it.”)

Hands-on
But there is no smell of proxy directing, of hardened film-industry pros doing the heavy lifting behind the scenes. Ford even steered clear of hiring an experienced cinematographer, the first-timer’s traditional safety blanket — he ended up with someone almost as inexperienced as himself, young Spanish cameraman Eduard Grau, whose only credit of any consequence is an as-yet-unreleased low-budget British film called Kicks.

On the other hand, Ford is far too polite not to acknowledge the “great team” who worked with him on his film. But once he gets past the PR-speak, Ford becomes more bullish and more entertaining. He gets excited as he remembers working with the actors.

“You know,” he says, his voice dropping to a theatrical, intense whisper, “Colin Firth wants to be fucking great. So does Julianne Moore.” He returns to more normal speech. “They know what they’re doing. I gave them a framework, talked to them about their characters, then created a place where they felt they could perform. And I think they did.”

It’s easy to believe that Ford doesn’t find it difficult dealing with actors. He was one himself when he was briefly a student at New York University in the early 1980s. “I was very financially successful, but I did crap. Television commercials mostly.” And when he says that the big names don’t worry him, that Moore is an old friend, you have no reason to doubt him. “This sounds crazy, but I know so many famous people, I’m just not intimidated by anyone. I feel really comfortable with it.”

In fact — and it should come as no surprise — Ford is arguably the most well-connected film director of all time. He’s long been known for his sexed-up PR stunts and commercials involving models and film actors, culminating in a Vanity Fair cover shot in 2006 — the one where he appears to be biting Keira Knightley’s ear as a pallid Scarlett Johansson lies recumbent in front.

Well connected
Ford knows the power of his address book. “The advantage, for someone like me, is the access,” he says. As an example, he explains how Firth was signed up after another actor dropped out, in the rhythmic sing-song that he slips into whenever he gets excited. “I was able to call a friend, get Colin’s email, Fedex him a script. He got it the next day, read it, emailed me back, yes I love it, come to London, jumped on a plane, came to my house for drinks, had dinner, handshake deal, boom — done. Same with Julianne.”

It turns out that he even met Isherwood himself, back when Ford was 20, shortly after he had first read A Single Man. And not just anywhere — it was at David Hockney’s place in Los Angeles, the nexus of patrician LA gay life, the sun-baked poolside world of A Bigger Splash. Ford’s talent for celebrities goes back a long way. “My boyfriend at the time was living there, so I was at David’s almost every day. That’s where I met Christopher and Don.” (Don is Don Bachardy, Isherwood’s long-term partner, who himself was the inspiration, if you can call it that, for A Single Man.)

Ford lists more “great people” he met at Hockney’s: Peter Langan, Ossie Clarke (“Or was he already dead?”), Celia Birtwell. “I took some mescaline one time with Stephen Spender. I shaved off my eyebrow after I went home and looked in the mirror and thought it was taking over my face.” I’m waiting for Ford to tell me he shot heroin with TS Eliot or did mushrooms with Ezra Pound, but it doesn’t happen. Oh well.

He remains, though, charmingly and non-ironically baffled as to why his physical gifts failed to work their magic on the elderly Isherwood. “I can’t say we became friends, even though I tried really hard. I was very attractive at 20 and he was nearly 80. I don’t quite understand why he didn’t respond more to me. When you meet someone you idolise, you really make an effort; but for some reason he wasn’t particularly interested.” He thinks about it for a bit. “Maybe at that stage in his life he just wasn’t interested in taking on anything new. It’s very hard, when you’re successful and you’re used to giving interviews. You kind of stop listening.”

Ford has clearly been bitten by the movie bug. He treats me to a rap on the difference between the fashion and the film industries, complete with finger-clicking. “Fashion changes and moves very quickly — it also lasts [he clicks his fingers] that long. What you do, the power of it, lasts [another click] that long. Part of fashion is newness. It’s got to be a new combination of elements that’s shocking, stunning, beautiful, all at the same time. But it doesn’t have any emotion. If you like to design things, make things, build things, film is [lowers voice] for ever, for ever and ever. You pop in a film from the 1930s, you’re looking in their eyes, crying with them, laughing with them. These people are all dead! It’s for ever, it’s a universe, completely sealed in a bubble. This film was the first — the first — pure expression of anything I’ve ever done in my life. I had to make this movie. I put so much of myself in it, it scared me.”

In fact, the only aspect of the filmmaking process that seems to have genuinely upset him is one or two brickbats he’s got for — of all things — the art direction. Now, to any sane person, A Single Man bears the obvious imprint of an obsessive stylist, someone so obsessed with the little details that every piece of design is a caress, every prop list a work of art. But not for everyone. “Oh, a couple of people wrote it was ‘too beautiful’. I don’t know if that’s just because they know it’s me.”

He incautiously invokes Hitchcock as a comparison — “everything was always artificial and I love that” — but quickly retreats. Still, he’s got one last rap in him.

“Certain directors are known for a certain kind of beauty it becomes their signature. You have to be true to yourself. This is the world through my eyes. This character, he thinks it’s his last day, it’s practically a dream to him. It’s surreal, it’s hyperreal. Everything is intense, it’s ultra-beautiful, he’s leaving the planet.”

Then it’s time to go. He says he sees himself “hopefully making a movie every three or four years” for the rest of his life. But he doesn’t have any clear idea about a specific follow-up: his “brain is clouded” and his plan is to spend six months designing clothes. That’s one way of refreshing your palate, I suppose. In the long run, is he going to choose fashion or film? “I think I can do both. We’ll wait and see.” — © Guardian News & Media 2010

A Single Man will be released on February 26