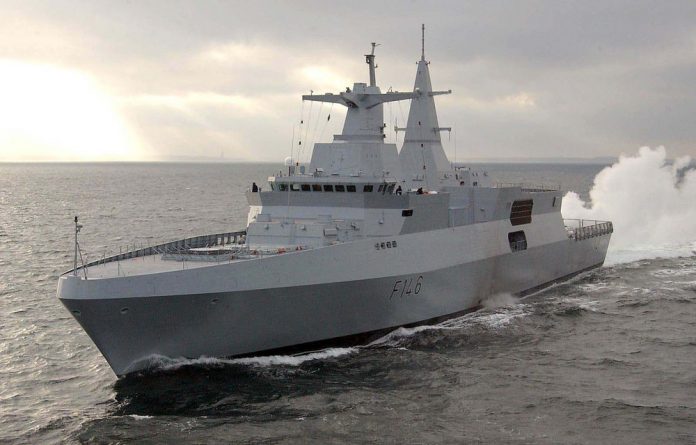 South Africa’s efforts to establish the truth about the arms deal are being pulled in different directions — and could end up going nowhere.

The mixed signals bring into question the commitment of the post-Zuma security establishment to delve further into the arms deal closet.

On the one hand, the Hawks recently registered a new probe into the country’s purchase of four warships from a German consortium for more than R7-billion in 1999.

This came after arms deal activist Richard Young laid fresh charges with the South African Police Service concerning alleged bribery around the acquisition of the ships.

But pulling in a contrary direction is the news that newly appointed prosecutions boss Menzi Simelane is considering removing from the arms deal investigation the team of prosecutors that successfully prosecuted Schabir Shaik.

The Mail & Guardian understands that Simelane is “reallocating” prosecutors who were formerly part of the Scorpions unit. Some have been allocated new cases while others have been given administrative tasks.

Further, the Hawks unit is believed to be scantily resourced and the M&G has confirmed that only one investigator, former Scorpions member Johan du Plooy, is responsible for investigating the two legs of the arms deal currently on the books of the Hawks — the German warships and jet trainers bought from Britain’s BAE Systems.

This comes against the backdrop of the decision by Britain’s Serious Fraud Office to settle bribery charges with arms manufacturer BAE Systems last week.

The Scorpions reopened the case involving BAE’s sale of Hawk jet trainers to South Africa in 2008 and raided the offices of former defence ministry adviser Fana Hlongwane and BAE’s Pretoria premises at the end of that year.

This happened amid the dissolution of the investigating unit. Du Plooy was the lone investigator who worked on the original arms deal team that joined the Hawks.

With the disbandment of the Scorpions, prosecutors working side by side with investigators were redeployed throughout the structures of the National Prosecuting Authority (NPA).

The M&G understands a prosecutor who was specifically working on the BAE case was transferred to the NPA’s Johannesburg offices and was given “normal prosecutorial duties” on top of massive work outstanding following the BAE raids.

President Jacob Zuma and his supporters have accused the Scorpions of being manipulated by the Thabo Mbeki regime into narrowly and exclusively focusing on the slice of the arms deal that involved himself and Schabir Shaik.

Armscor opened the acquisition process for warships in the early 1990s and originally only Spain’s Bazan and Britain’s Yarrow shipyards were shortlisted. However, after a visit by Mbeki to Germany, the bidding process was reopened and the GFC included.

But one of Zuma’s allies — former defence force head of acquisition Chippy Shaik — is also implicated in this transaction.

The German news magazine Der Spiegel reported in 2007 that raids by the Germans on the offices of Thyssen, lead partner in the GFC, produced documents referring to a meeting between GFC bosses and Chippy Shaik.

Chippy Shaik allegedly demanded payment of $3-million to ensure the success of the German bid — an allegation he has denied.

During his tenure as Justice Department boss, Simelane frustrated the Scorpions’ efforts to extract documents from the British and Germans and criticised the Scorpions when they liaised directly with the Serious Fraud Office.

According to Young, there was “much unfinished arms deal business” left after the conviction of Schabir Shaik and the withdrawal of charges against Zuma and Thales.

With the demise of the Scorpions, “fresh initiation” of investigations into other aspects of the arms deal was required.

He emphasised that Zuma was not implicated in these matters.