Hot on the heels of Jesus 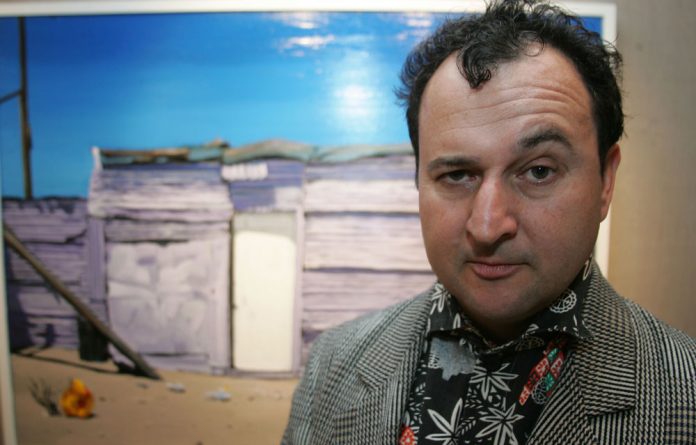 Jesus Christ wears high heels on his feet in one of the life-size bronze sculptures that Cape Town-based artist Beezy Bailey will present to the public next week at the Infecting the City festival. With a host of paintings, they form part of Bailey’s “Dancing Jesus” theme.

Bailey says upfront that he’s no Christian, but he wanted to delve into the spiritual with his latest thematic interrogation.
The two bronze sculptures, one with high heels and the other without, will be positioned outside the Michaelis Gallery on Greenmarket Square next week.

A third work will be performance-based. Singer-dancer Karabo Maithufi will appear on the Michaelis Gallery’s steps and tap dance between Bailey’s two bronze depictions of Jesus. “He will wear a loin cloth, he will have hair and a beard like Jesus and he will be dark-skinned,” Bailey says. “I don’t think Jesus was fair.

“I’ve used high heels as a symbol in my work for a long time. It is not that I think Jesus is a screaming transvestite. In this case it is used to reflect the humanity and vulnerability of the figure. If He were alive today He would not be a great god on a mountain. He would be dancing with us.”

The dancing Jesus theme will be incorporated into more than 20 paintings by Bailey that will go on show at the Everard Read Gallery at the V&A Waterfront in June.

Bailey says he’s also planning to “cast a little dancing Jesus out of pure gold” for this show.

He’s not averse to playing around with other revered figures. He seems to enjoy exploring the boundaries of reverence and irreverence. Next up, Bailey is planning a portrayal of Nelson Mandela as a dancing Jesus.

He defends his ideas and says he presents “damn hard work. Five years ago I was into the celebrity bullshit. But I realised that I am not a celebrity. I’m not into that crap. I don’t want to go to the J&B Met and be photographed wearing a hat.

“The world has moved on from [its love of] sensationalist artists. The hype has taken a dive and I’m delighted. Now it’s down to real painting.”

Beezy Bailey and Karabo Maithufi’s five-minute Dancing Jesus performance will be at the Michaelis Gallery on Greenmarket Square in Cape Town from February 17 to 19 at 2:30pm